Revolution seen as opportunity to press for progress in conservative society.

Revolution seen as opportunity to press for progress in conservative society. 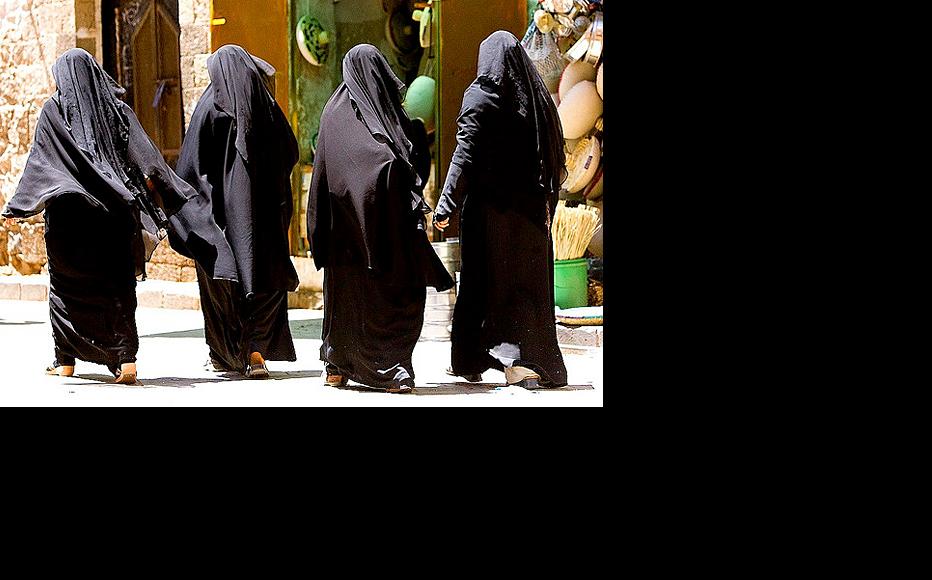 This year’s protests in Sanaa have begun to change the perception that Yemeni women should remain in the background. Picture from 2009.(Photo: Francesco Veronesi/Flickr)
The link has been copied

Female Yemeni activists hope that the uprising in their country will lead to more extensive rights for women in a post-revolutionary Yemen.

Although the main aim of the protests that have continued for the last eight months has been the removal of President Ali Abdullah Saleh, female activists are eager to see broader social change in this highly conservative society.

“It’s so important for all women to participate in all aspects of life in Yemen and demand equal rights,” Arwa, a young activist from Sanaa, said. “We need to be persistent and keep up the momentum and keep protesting. We need everyone to work together for Yemen.”

Observers say the female protesters’ morale has been boosted by the inclusion of campaigner Tawakkul Karman, a 32-year-old journalist and opposition figure who played a leading part in the protests, among the three Nobel peace prize recipients last month.

Women have been historically excluded from public life in Yemen, and the uprising has given them a rare opportunity to participate in the process of change.

As many as 20 per cent of the protestors in the capital are female, and on October 26, hundreds of women burnt veils and headscarves in an anti-regime protest in Sanaa, an act considered a cry for help in this society.

The United Nations children’s agency UNICEF estimates that only 27 per cent of Yemeni girls will attend secondary school, whereas boys are twice as likely to do so. With female literacy as low as 30 per cent, girls are not given the skills to work and are forced into marriage, sometimes as young as eight.

Raqiya Humedein, the first woman in Yemen to qualify as a lawyer, cites poverty, limited access to education and conservative attitudes as the main hurdles for women in Yemen today.

“There is still the mentality that a man will be much more useful, so parents will give the boy an education over the girl,” she said. “The girl will stay at home and get married, and that’s it.”

Even in urban areas, Humedein said, there “are too few public schools, and private schools are too expensive for most”.

Marina de Regt, an expert on Yemeni women’s rights, said President Saleh had consistently given the impression he wanted to promote women’s rights as a way of courting the international community, but that in fact their position had deteriorated, particularly in the south of the country.

Observers say that after North and South Yemen were united into a single state in 1990, many of the gains made in the Marxist-led south were eroded by the conservative attitudes coming from the tribal-dominated north, where President Saleh hails from. For example, the minimum age for marriage established in the south was abolished in the new state, as were legal protections for second wives.

Nafissa al-Jaifi, a female doctor who heads the Supreme Council of Women and Children, a state organisation lobbying for a law to introduce a minimum age of consent of 17 for women, said child marriages “increase the proportion of maternal mortality at birth and cause a high rate of illiteracy”.

The result has been that until this year’s protests, women were largely invisible in public life, and reluctant to become more vocal.

According to De Regt, many are “limited in what they can do due to a lack of development. They are socially oppressed, but they won’t blame the regime for that.”

Such attitudes were changing among the younger generation, she noted.

“For decades, Yemeni women have accepted their lowly status in society and did not speak out because most of them lack a basic education and have more pressing needs, such as how they are going to feed their families. But this attitude is now changing among young women.”

Following the uprising, she said, “There is no going back.”

Humeidein hopes the future would bring a more progressive system, including reform of the marriage laws.

“I hope for equality for all women in Yemen,” she said. “We all want a civil society where nobody is above the law and women are treated like human beings, not as goods that can be bought and sold.”

As protests continue, activists see the uprising as an opportunity to make long-term gains in Yemeni society.

“The struggle for our rights did not begin with the Arab Spring,” said Arwa, the activist in Sanaa, “but now that the media is watching, we have an opportunity to demand change.”