President arrives at the end of a week in which scores of protesters have been reportedly killed by security forces.

President arrives at the end of a week in which scores of protesters have been reportedly killed by security forces. 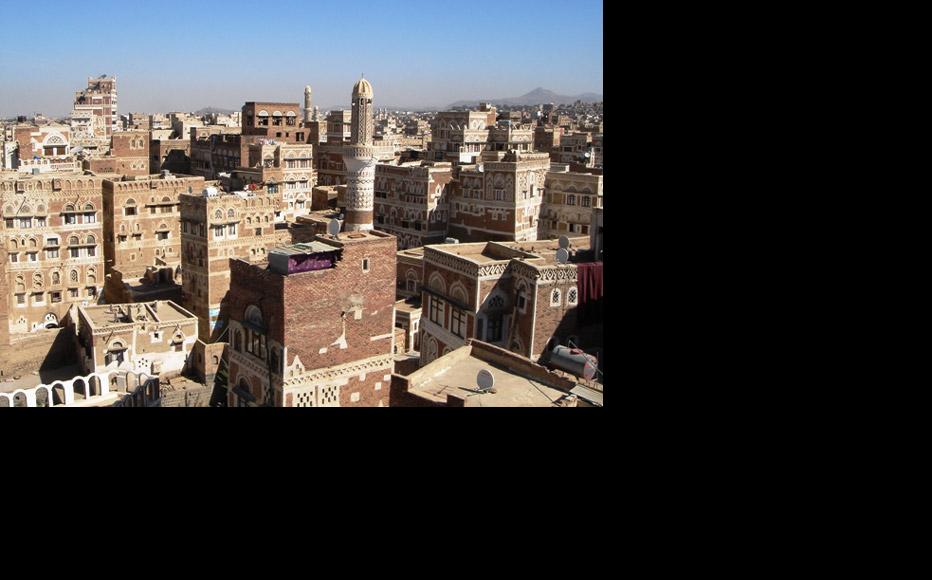 Sana’a bracing itself for further violence.(Photo:Shoestring/Wikicommons)
The link has been copied

President Ali Abdullah Saleh, who has spent three months recovering in Saudi Arabia from injuries sustained in an attack on his compound in June, has returned to Yemen at the end of a bloody week of protests against his regime.

“Saleh sneaked into the country like a thief,” said Tawakel Karaman, a political activist in Sana’a. “He flew back to Yemen from Saudi Arabia... to Aden. Then he took a helicopter to his presidential palace in Sana’a in secrecy.”

Supporters of the embattled leader rejoiced at his arrival on September 23, with scenes of celebration in some parts of the capital.

“Pro-Saleh supporters... are singing and dancing, firing their guns in the air, shouting, “Thank God our leader has returned!” Sana’a-based journalist Tom Finn said.
“We had heavy celebratory gun fire this morning after the announcement that Saleh had returned. We’re getting ready for more after he gives a speech,” Atiaf al-Wazeer, a Sanaa blogger, added.

Activist leaders believe his return will improve the chances of eventually holding him to account.

“Saleh’s return is one of our demands and it will facilitate him to be dragged to the International Criminal Court. He’s a war criminal and he must be held accountable for the crimes he has done,” Foad al-Himiari, a spokesman for the opposition, said.

But Saleh’s reappearance has prompted fears that further violence is about to erupt in the troubled state, which in recent days has seem some of the worst unrest since the revolution began.

In Sana’a, at least 80 people have been killed and hundreds wounded in the last week in renewed clashes between security forces and soldiers from the renegade 1st Armoured Division, an army unit, led by General Ali Mohsen, which defected to the opposition in March.

Farea al-Muslimi, a youth activist in Sana’a, said, “This is the first time in my life I see Sana’a this unsafe.”

The escalation began on September 18 when protesters, joined by soldiers from the renegade division, marched from Change square, the focus for anti-regime protests.

Tens of thousands of protesters for the first time approached an area known as Al-Zubair road, near the office of the president’s son Ahmed Saleh, who is also the head of loyalist Republican Guards.

This has been regarded as the unofficial limit for protests, and demonstrators were reportedly fired on by the security forces. Images of protesters’ bodies with horrific wounds indicated that heavy weapons such as RPGs may have been used against them.

Clashes later broke out between opposition military forces and government troops.
Tareq al-Shami, spokesman for the ruling General People's Congress, GPC, said in a televised interview that “we were surprised at the military escalation coming from 1st Armoured Division”.

The surge in violence - at least two people were killed and 10 other injured in the city of Taez also - reminded many Yemenis of the so-called Friday of Dignity last March in which some 55 people were killed by government forces.

Gulf Arab mediator Abdul Latif al-Zayani and United Nations envoy Jamal bin Omar arrived in Sana’a soon after the clashes broke out.
They met Ahmed Saleh at the United Arab of Emirates embassy to discuss renewing talks relating to an initiative by the Gulf Cooperation Council, GCC, that would see President Saleh hand power to Vice-President Abdrabuh Mansur Hadi, in return for immunity from prosecution for himself and his family.

The Yemeni president has been in Saudi Arabia ever since he was injured in a June attack on his Sana’a compound, and has so far refused to agree to demands for a transfer of power that would bring about the end of his 33-year reign.

But Bin Omar left the country without reaching any agreement with Ahmed Saleh.

The negotiations were not welcomed by many in the opposition.

“We say enough with diplomatic and political solutions,” said Tawakel Karaman, one of the leading political activists in Yemen, in a television interview. “The revolution must succeed no matter what. We reject the GCC and we say it’s not welcome anymore. They just came to rescue the remnants of Saleh’s regime.”

The Arab Spring
Yemen
Connect with us