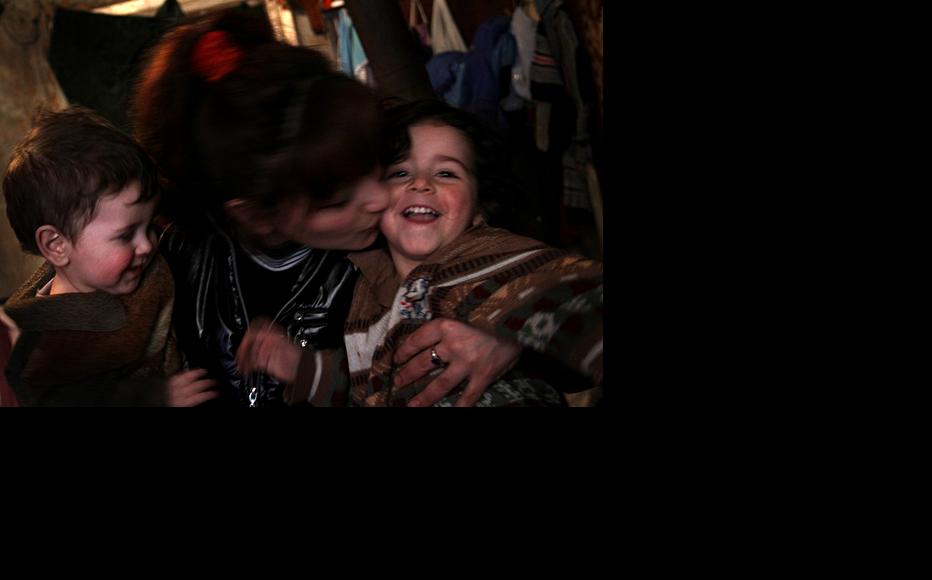 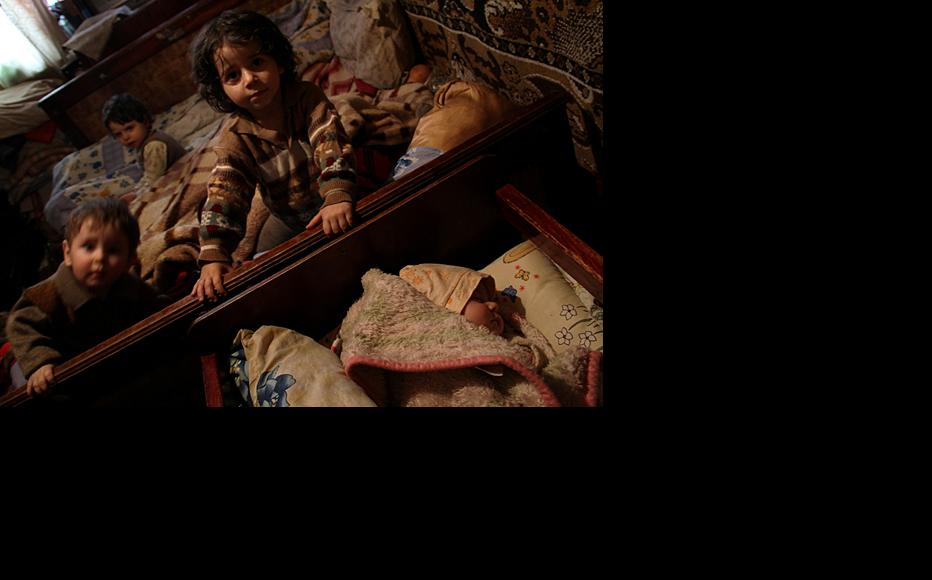 Liana Muradyan’s room. Five people sleep in the double bed at night. In the daytime, this bed turns into a play area. (Photo: Nelly Shishmanyan) 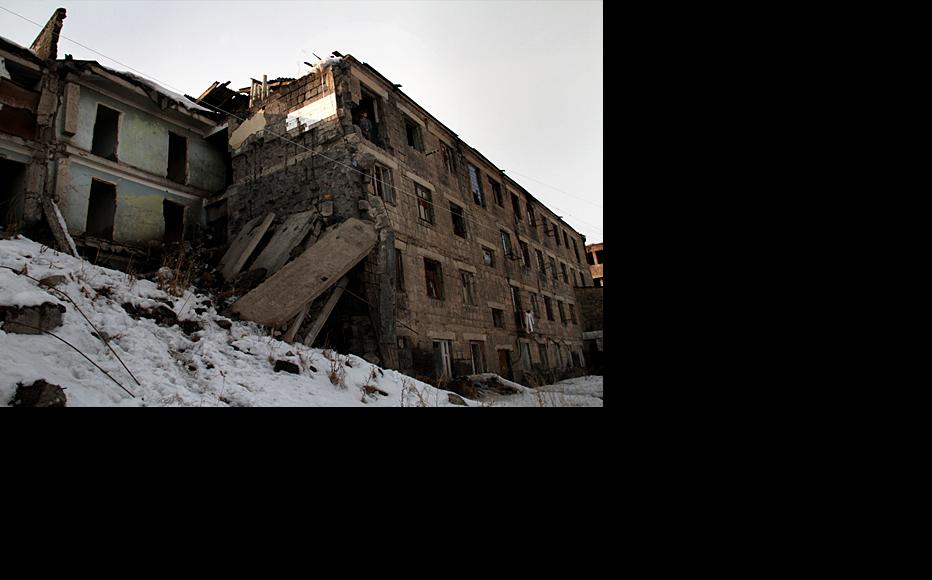 Single mothers in Armenia often find it hard to escape poverty because they are paid very little, if they can get a job at all. But those living in Gyumri, the country’s second-largest city, have a particularly hard time.

The northwestern city still lives in the shadow of the massive Shirak earthquake of 1988, which devastated this part of what was then Soviet Armenia. Today, women make up 60 per cent of the town’s 360,000 inhabitants, because so many men have left to find work in Russia as migrant labourers.

The hostel used to accommodate workers at Gyumri’s LenTextile factory was badly damaged in the earthquake. The plant is long closed, but 20 or so families still live in the hostel many of them without men or a wage-earner. The gloomy, decrepit building lacks basic amenities and almost all the staircases are damaged.

Most of the women living there rely on state benefits. Edward Baghramyan, head of the local social services department, said families living at the hostel received basic monthly benefits of 16,000 drams, the equivalent of 39 US dollars, as well as an additional 6,000 drams, or 15 dollars, for each child.

Ani Koretsky, 19, lives in the hostel together with her mother, brother and daughter Alvard, who is one-and-a-half. After two years of marriage, Ani’s husband abandoned his wife and daughter and left for Russia.

“Every night I fall asleep, and wake up terrified at the thought that this ramshackle building will fall down,” she said.

Her family’s total income comes to 26,000 drams, or 63 dollars, including the benefits received by her brother and child.

Ani doubts she will ever find a job.

According to the Shirak provincial department for family, women’s and children’s affairs, 72 per cent of women in the region are unemployed, a far higher rate than among men.

In Gyumri, job adverts often specify that female applicants must be good-looking, young and have a university degree.

Tumasyan said women’s wages in Gyumri averaged only 35,000 to 40,000 drams, roughly 85-100 dollars a month, and that many women preferred to stay at home and live on benefits.

Yepraxia Kirakosyan, 24, worked as a hairdresser for eight months but left because of the low pay.

Vahe Tagvoryan, deputy director of the NGO Ajakits, which helps women and vulnerable older people, said many men do not believe wives should work.

“There are many impoverished families in Gyumri, but still men would never allow their wives to work because they think it’s disreputable to work as a waitress or shop assistant,” Tagvoryan said. “They believe this kind of work could harm their reputation. Public opinion is very important here, since the society condemns women who take up such jobs.”

Liana Muradyan, 26, lives in the hostel with her five children. Her family’s monthly income is 53,000 drams, or 130 dollars. Despite their hardship, Liana’s husband Gevorg Mangasaryan, 22, refuses to let her work.

“I work, and that’s enough. She could only work at a cafe where there’s lots of people coming and going. Why would I allow her to work there?” he said. “Besides, we have five kids. She should stay at home and take care of them.”

Psychologist Manushak Karapetyan argues that social conditions harden existing attitudes, explaining that “unemployment makes men in Gyumri insecure, aggressive and despotic. They fear if women start working, they will get ahead of them.”

Lusine Ginosyan, head of the regional department for the family, women and children said local government was trying hard to get more women into work through job-creation schemes and business loans for women in rural communities.

“It’s impossible to provide all women with work, but it’s clear that programmes are being implemented and that some progress has been made in this area,” she said.