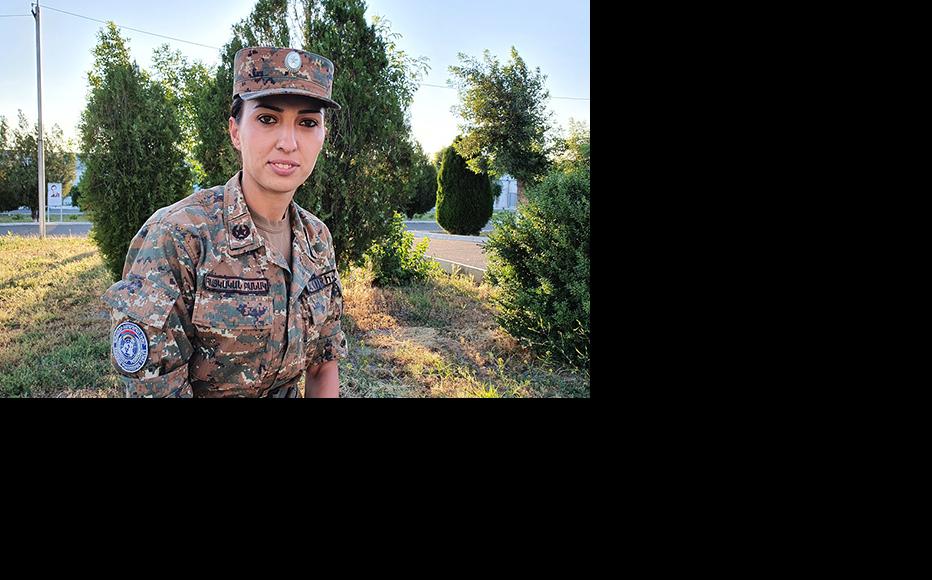 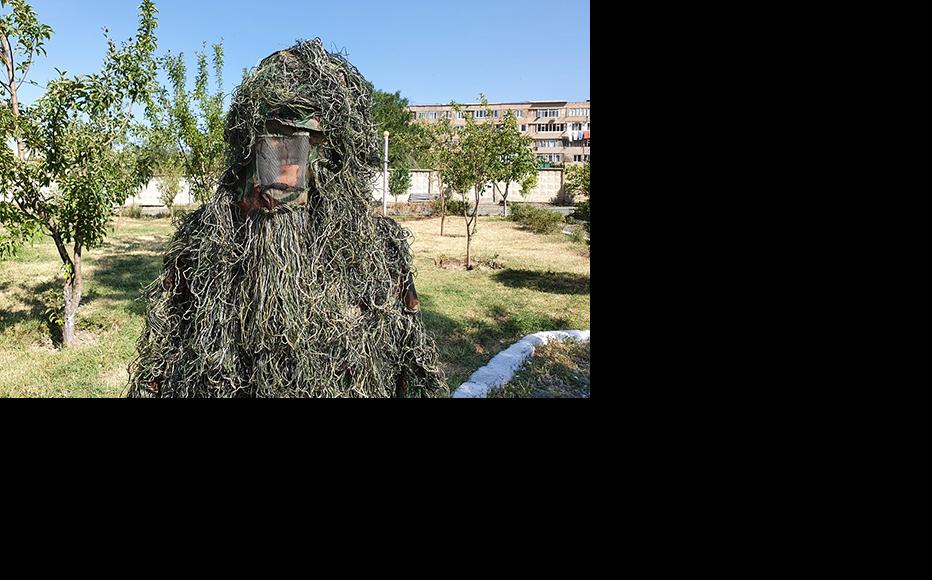 When Ani Hovhannisyan began her military career nine years ago, women were still something of a rarity in the Armenian military.

Starting in the special forces brigade, she served as a sniper and after being promoted to squad leader was transferred in 2016 to the peacekeeping brigade.  Hovhannisyan went on to spend seven months in Afghanistan.

Now a senior lieutenant, she commands a platoon of 20 women - and only three men.

“Attitudes towards women in the army are changing for the better,” Hovhannisyan said. “Initially, in the first unit, the men serving with us looked down on girls and we were always trying to prove ourselves. But, later in the peacekeeping brigade I was accepted quite warmly…Maybe it was because the peacekeeping brigade has more international experience and women in the army was not something new to them.

“However, even there, men still needed time to get used to a woman being in charge, especially one who was much younger than them. There are people with different attitudes in the army; some of them don’t even let their wives work and now they have a woman as a commander.”

Women have always had the right to serve in the Armenian army, but in the past were mainly found working as medical personnel. In 2010, women began to be accepted in combat units such as the special forces and intelligence, but conservative social attitudes meant very few joined up.

Now, after a concerted effort - including information and advertising campaigns - to attract more women to the army, more than nine per cent of contracting military personnel are female, mainly serving as contractors in units such as intelligence, peacekeeping and special forces.

Since 2014, the authorities have focused on creating better conditions of service for women in the army, coordinating with forces in the EU, the UN and the UK.

“Since then, the legislative reforms have been carried out, as a result of which legislative guarantees have been created to ensure equal conditions for men and women in terms of their service in the army, gaining military education and career advancement,” said the Ministry of Defence in a statement.

Currently, the army is formed according to a mixed system, with compulsory conscription for men aged over 18. Those who complete this military service then have the opportunity to go on to serve in the professional army under a contract. Women are also contracted to serve in particular roles.

“Women serve on a contract basis,” said Tamara Mikaelyan, a contractor who has been a sniper in the intelligence force for the past ten years.

“We come to the military unit in the morning and leave in the evening, if there are no special assignments. In this regard, the conditions of service are good for us. But if you have to stay in a military unit, then all conditions are created for this - a separate room with a separate bathroom, etc.”

Changes being made to encourage female participation include allowing girls to study at military high schools, with 15 currently enrolled at the Monte Melkonyan military academy.

Prime Minister Nikol Pashinyan addressed his July 2019 graduation address to both the academy’s and female alumni, noting that the role of women in the army was invaluable and adding that “the day when we welcome women generals is not far-off”.

Mikaelyan conceded that her work had not always been easy.

“For me, as a woman, at first it was quite difficult to serve with men in the same military unit, to obey the same commands and follow the same orders. At first, I thought I would break down and leave the service, but the desire to stay and serve took over,” she told IWPR.

But Mikaelyan said that she had never been subject to sexual harassment or discrimination from her peers or commanding officers.

“Here everyone has an equal attitude, which is masculine. They don’t look at us as women,” she explained.

Both Hovhannisyan and Mikaelyan support the creation of a professional rather than a conscription army.

And Hovhannisyan warned against adopting a policy of positive discrimination to increase the male to female ratio.

“It is necessary to make the selection criteria for women in the army stricter. Sometimes it feels like many women are being accepted only for the sake of being accepted,”, Hovhannisyan said.

“People who love this job should come to the army. I love the army. We need quality and not quantity.”

Others argue that the army’s move was not being driven by a desire to promote gender equality.

Human rights activist Zaruhi Hovhannisyan said that, while encouraging women to join the military was a positive move, it was likely motivated by practical reasons.

Armenia has been stuck in an uneasy truce with Azerbaijan for decades over the Karabakh conflict, and needs to keep a stable army despite a decreasing number of male conscripts.

“Because of demographic issues, the population is declining, and consequently so are the number of conscripts,” he said. “This process is observed in many countries and enrolling women in the army is a way to somehow soften the impact. Reality dictates rules.”