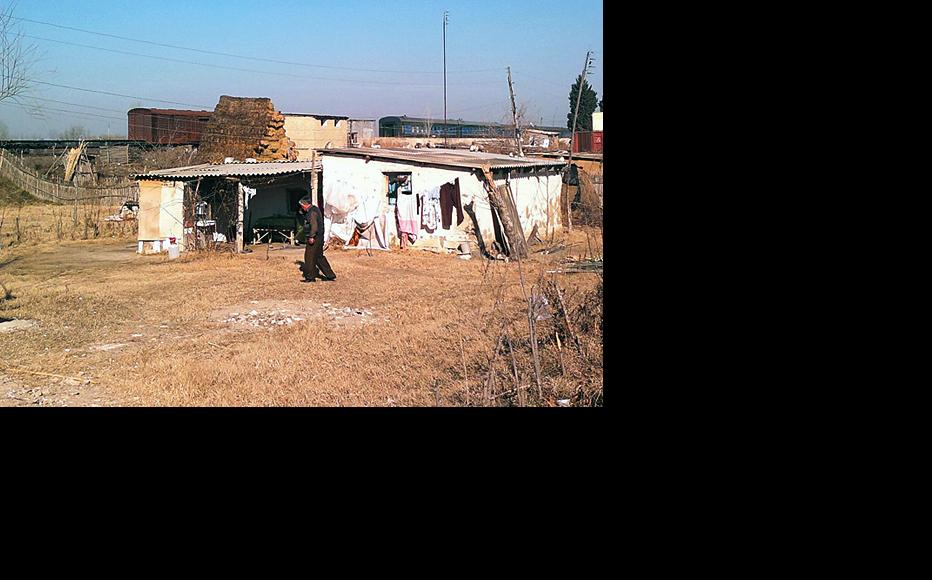 The home where Solmaz and family live in Barda, Azerbaijan. (Photo: Leyla Amirova) 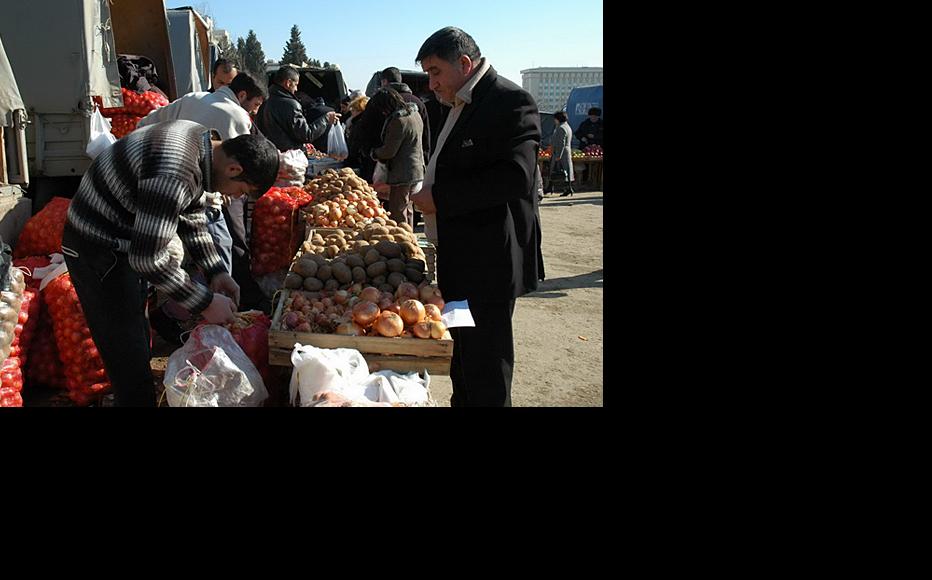 Onions on sale at a local market. (Photo: Leyla Amirova)
The link has been copied

This winter has been unusually harsh in Azerbaijan, and especially tough for refugees and farming communities living close to the front line with Armenian forces.

Temperatures in parts of Azerbaijan fell to minus 20 degrees Celsius, aggravating shortages of electricity, natural gas and water.

The weather caused particular hardship to those people displaced by the Nagorny Karabakh conflict a decade-and-a-half ago and still living in temporary housing.

Solmaz, 46, lives with her family in a makeshift hut by the side of a railway line, in the town of Barda, about 50 kilometres from the “line of control”. Like many other refugees, her family lived for years in a disused railway wagon, but eventually the cold drove them out.

“It was unbearably cold in the wagons in winter, so my husband built a little shelter which we and our two children moved into,” she said, as she gathered twigs outside their home.

“We don’t have gas, so we have to burn firewood, and sometimes even twigs. This winter has been excessively cold,” she said.

Her home has a limited electricity supply from a cable that runs to the nearest power line.

“What else could we do? All the same, we can’t turn on several electric objects all at once, the line won’t stand it,” Solmaz said.

The family is well-educated – Solmaz and her husband are teachers, and their son a specialist in traditional Azeri music – but displacement has limited their opportunities.

At the moment, their only dream is to move into one of the settlements the government has built for refugees, where they would have all the basic amenities.

Since the Karabakh war ended with a ceasefire in 1994, Armenian forces have controlled much of the west of Azerbaijan, and hundreds of thousands of people who fled the region still live in desperate conditions.

Even those lucky enough to get housing have themselves not found this winter easy to get through.

Banovshalar, a settlement built for refugees in the Aghdam district, has gone without water and gas on the coldest days.

“We’ve been forced to cut down all the trees in the village for fuel. There is no other way to keep warm,” one resident told IWPR.

Residents are angry that a new metering system means they only get water for an hour a day. Local officials said they were forced to impose the restriction because people were using more water than the settlement was designed for.

Refugees deny this is the case. “Why would we use water if we didn’t need to?” asked one.

Officials say they are doing all they can to support displaced communities.

“Over the last 20 years, the Azerbaijani government has spent 4.6 billion on refugees and forced migrants,” Deputy Prime Minister Ali Hasanov, who chairs the State Committee for Refugees, said. “In 2011, 900 dollars was spent on every refugee. This year, on the president’s instructions, the money spent on each refugee has doubled. New settlements have been built in nine districts, and 17,000 people have been moved into them.”

Hasanov said that this investment had produced a measurable improvement in refugees lives. The percentage of refugees living below the poverty line had fallen to 18 per cent, from three-quarters of them in 2003.

Farmer living near the line of control have had a bad winter as well.

“Life is hard in the front line region,” said Khosrov Shukurov, 70, whose home in the village of Chiragli is located nearest to the front line. Gunfire across the front makes life a constant danger. “Because of the obvious problems here, we get less investment. But this land has to feed us, so we don’t intend to move anywhere else.”

Like most of his neighbours, Shukurov grew onions last year. The whole of Aghdam district produced 40,000 tons of onions, but farmers only managed to sell half of this, and the extreme cold has ruined much of what is left.

“I harvested five tonnes, but I can’t sell them,” he said. “It’s expensive to go to Baku, while people pay almost nothing for them. Now the harvest is going to waste in the barn, and it’s our only source of income.”

In previous years, the harvest was sold to international traders who took the onions for sale in Georgia, Ukraine and Russia. But this year, no one came. Middlemen said it was because of problems at customs.

At the same time, supermarkets in Baku are selling imported vegetables.

“Our onions can’t compete on price with those brought in from Iran or Turkey, which are a lot cheaper,” said economist Vugar Bayramov, head of the Centre for Economic and Social Development.

He believes exports are the only solution to a situation which has seen local prices crash.

“The state must help farmers who have suffered a loss this year, and remove artificial customs barriers. If the farmers don’t ship their harvest to Russia soon, it will be lost,” he said.

Shukurov said one of the major problems was storage.

“In previous years we wouldn’t have a bag of onions left even in September or October,” he said. “Maybe we’ll be able to save a small portion of the onions until spring, but we don’t have the facilities for long-term storage.”

Azerbaijan’s economy ministry says the government plans to assist with building cold storage facilities this year, and a tender has already been issued. The government has also promised targeted financial help for front line villages.

Leyla Amirova is a freelance journalist in Azerbaijan.