Reforms mean Anti-Corruption Council will include opposition and NGO representatives for the first time, but will still be led by the prime minister.

Reforms mean Anti-Corruption Council will include opposition and NGO representatives for the first time, but will still be led by the prime minister. 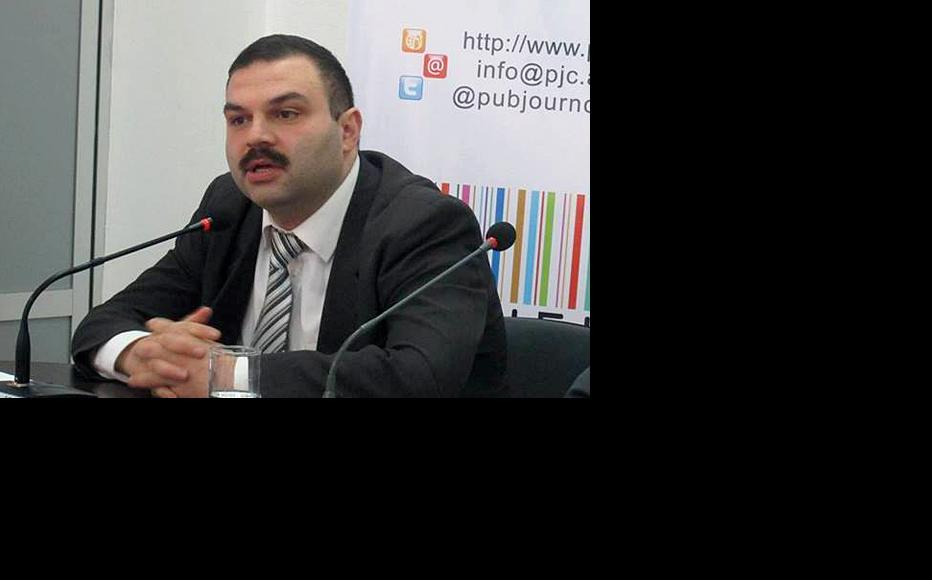 “The war on corruption must become more effective, and it must be waged more actively,” Armenian justice minister Hovhannes Manukyan said after it was announced that the national anti-corruption watchdog was being reshaped to make it more inclusive.

But experts doubt this overhaul of the institution will give it the teeth to tackle the corruption that pervades the system.

The revised version of the Anti-Corruption Council was announced at a cabinet meeting on February 19.

“We have changed the council’s format so that non-government structures will have a dominant role on it,” Deputy Justice Minister Suren Krmoyan told IWPR. “The opposition will be able to present its views and participate both in designing the strategy and in approving and monitoring its implementation. That’s one of the guarantees that it will be effective.”

Non-government representatives will not in fact be the majority. Five of the 14 seats on the council will go to parliamentary opposition parties, and two more to NGOs.

As before, the council will be led by Prime Minister Hovik Abrahamyan.

Plans for the council have been sent to opposition parties, and once they agree to take part in it, the selection of members will begin, probably in May.

Like its predecessor, the new council will have a “monitoring committee” to supervise it and recommend improvements.

Whatever the hopes invested in the new body, past experience suggests that tackling corruption is well-nigh impossible.

The current Anti-Corruption council, staffed entirely with government representatives, was set up in 2004 as part of the first of three successive strategies designed to combat graft.

Marat Atovmyan heads the non-government Yerevan Anti-Corruption Centre and is critical of the reforms to the Anti-Corruption Council. For a start, the council is tiny compared with many foreign counterparts, and two seats for NGOs are too few to be meaningful.

“Latvia’s anti-corruption institution has a staff of 130, while Hong Kong’s has 65 just in its outreach department,” he said. “Our team of experts is going to come to four or five.”

Atovmyan points out that as a signatory to the United Nations convention on tackling corruption, it should have an institution that is “independent by virtue of its status and financing”.

“We still don’t have an institution of that kind,” he said.

Avtomyan said his centre had put forward proposals for a truly independent agency analogous to the ombudsman’s office and equipped with legal power. “However, the answer we got was in the negative,” he said.

Ordinary Armenians are most likely to encounter corruption in their dealings with civil servants, the court system and the health service, according to the watchdog group Transparency International. Further up the system, business and politics are closely interconnected, and insider deals and nepotism at this level are rarely uncovered.

“There has been no change and no progress in either numerical or qualitative terms,” the head of Transparency International’s Armenia branch, Varujan Hoktanyan, told IWPR.

Hoktanyan said Armenia’s score on the corruption index was a sure sign of a country where corruption was “serious and systemic”.

Opposition parties say the reformed Anti-Corruption Council is no more than a sham designed to show the government is doing something about the problem.

According to Aram  Manukyan, a member of parliament from the Armenian National Congress, “They are doing this to deceive the international community and get more funding by showing that they are implementing an anti-corruption programme.”

Manukyan pointed out that each new anti-corruption drive attracted funding from sympathetic donors.

It is hard to find overall figures for foreign assistance for anti-corruption and related programmes in Armenia.

The United States government’s development agency USAID provided 9.8 million dollars between 2007 and 2011 for an anti-corruption programme, and another 6.7 million for tax reforms running from 2012 to 2016 and designed to make the system less prone to abuse.

The European Union supplied 1.5 million euro for two anti-corruption projects in 2011-14, and plans to spend over 20 million by 2017 to help clean up the judiciary and public administration.

Critics say the rot starts from the top, and little progress will be made until that changes.

“We’re going backwards to join the ranks of corrupt countries,” Manukyan said. “There is just one fundamental reason for this – the upper echelons of power give their unspoken assent to corruption. If the upper echelons are corrupt, those lower down cannot be anything other than that.

Manukyan speaks of a “pyramid” of corruption within the political system which must be eliminated from the top down.

Hovhannes Sahakyan is a member of the ruling Republican Party and sits on the parliamentary committee for state and legal affairs. He defends Armenia’s recent record.

“The state administration [government departments] has begun hiring a better calibre of person, and dismissing those  who got in through contacts or relatives and can’t cope with the job. In recent years, there’s been significant progress in the prosecution service, in the penal institutions and in education.”

Lilit Arakelyan is a freelance journalist in Armenia.

Armenia
Accountability, Corruption
Connect with us