A draft law under consideration by parliament has been condemned as highly provocative.

A draft law under consideration by parliament has been condemned as highly provocative. 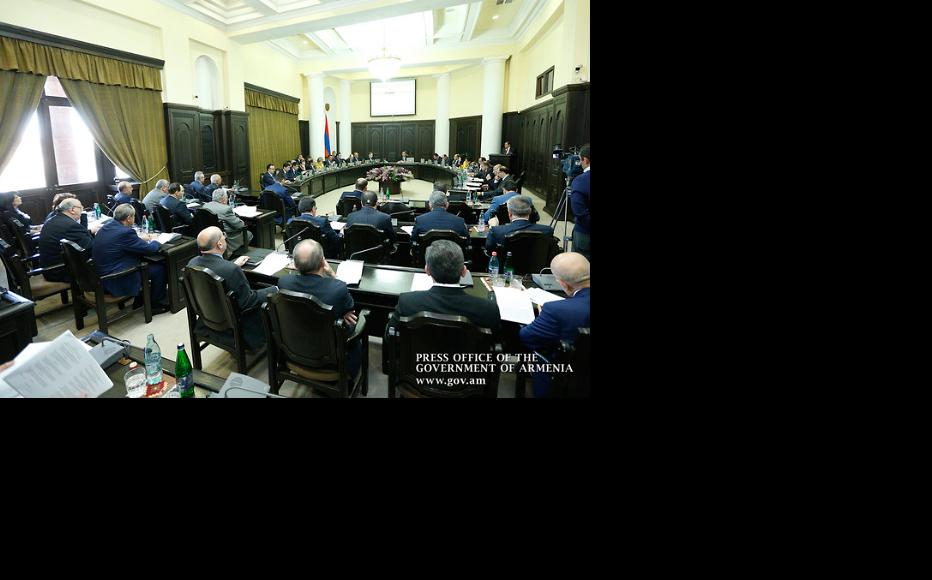 On April 5, Armenia´s government approved a draft law on the recognition of Nagorny Karabakh. (Photo Courtesy of Press Office of Armenian Government) 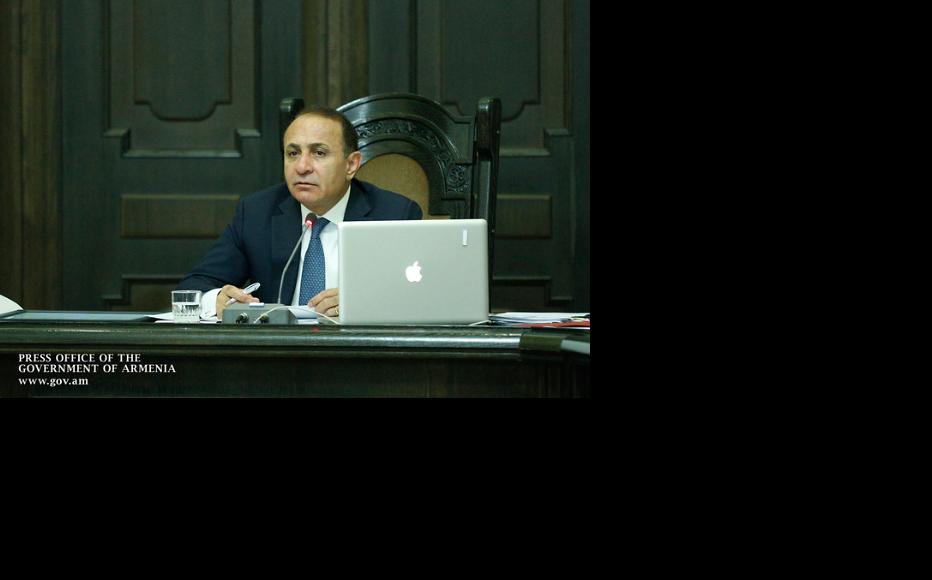 An Armenian bill recognising Nagorny Karabakh’s independence has been condemned by Azerbaijan, but experts say the move was a political maneuver and unlikely to come to fruition.

The Armenian government endorsed the draft law on April 5 and passed it on to parliament.

If approved by parliament, this will lead to the suspension of the peace process overseen by the Minsk Group under the auspices of the Organisation for Co-operation and Security in Europe (OSCE).  The negotiating parties in this process are Armenia and Azerbaijan with the United States, Russia and France as mediators.

The proposal follows last month´s fighting around Karabakh that left almost 200 people dead and dozens injured on both sides.  The parties involved blamed each other for sparking the violence, which ended with a shaky ceasefire on April 5.

War in the early 1990s left a local Armenian administration in control of Nagorny Karabakh, an enclave of about 150,000 people inside Azerbaijan.  Around 30,000 people died before a ceasefire was agreed in 1994, which has since been repeatedly broken.

Azerbaijan´s ministry of foreign affairs was quick to condemn the move as “provocative” and its ambassador to Russia, Polad Bulbuloglu, warned that it would violate all principles of international law.

“The recognition of the separatist Nagorny Karabakh Republic is an identical provocation to the one committed by Armenia on April 2,” he told the Russian radio station Govorit Moskva.

Bulbuloglu said that a final decision by Armenia to recognize Karabakh´s independence would have grave consequences.

“Azerbaijan today is ready for a peaceful settlement of the conflict.  If this does not happen, then we are ready to settle the conflict by military means,” he said.

Elman Fattah, deputy chairman of Azerbaijan´s Musavat opposition party, was even more explicit, warning that recognition of Karabakh by Armenia would constitute a declaration of war.

“In this case, Azerbaijan will urgently ensure the sovereignty of the country, freeing the occupied territories,” he said. “And this will inevitably turn the Caucasus into a fiery hotbed of war.”

While the Armenian government´s decision was indeed a formal step towards Karabakh´s recognition, it does not mean that Yerevan will actually follow through.

The draft law will be discussed within 30 days in parliament´s standing committee on foreign relations.  If the committee decides in favour, the bill will then be debated at the plenary session of parliament, which can approve, reject or postpone the bill indefinitely.

Armenia´s prime minister Hovik Abrahamyan indicated that a declaration of independence was only likely should Azerbaijan try to regain control over Karabakh and the seven Armenian-held regions by force.

“The president of the republic [Serzh Sargsyan] has made his position clear,” he told journalists in Yerevan on May 11.  “If those attacks and hostilities continue, we will have to take that step.  There is no need to do that yet.”

This not the first time Armenian politicians have raised the idea of a unilateral declaration of independence. Yerevan has previously rejected three similar bills, fearing the breakdown of Minsk Group negotiations.

As part of the peace process, the parties have discussed the so-called Madrid principles, which involve territorial concessions.  If Armenia recognizes Karabakh as an independent republic, the bill will need to include precise information about Karabakh´s boundaries, which in itself may end to the negotiation process.

They said that the violence of early April meant that it was finally time to recognize Karabakh.

“We are dealing with an aggression, what territorial concessions can be discussed?” Postanjyan told IWPR.  “The concession of the so-called districts around Karabakh, which are in fact an integral part of it, in exchange for the recognition of the status on the part of Baku does not work.  The aggression is a vivid example of that.”

She also added that recognizing Karabakh could only benefit Armenia.

However, Armenia´s former foreign minister Vardan Oskanian said the move had been hasty and ill-advised.

“I believe that this step has not been well thought through and worked out to the end.  The impression is that we fired a shot in the air,” Oskanian told IWPR.

“To put the question of the recognition of Karabakh on the political agenda of the country, one needs to choose the most appropriate political moment.  But before that, one needs to spend painstaking diplomatic work and improve the army´s combat readiness to the highest level so as to not only resist possible aggression by Baku, but to defeat it,” Oskanian said.

Washington called on Armenia and Azerbaijan to resume negotiations on a peaceful resolution of the conflict following the April fighting.

“The United States, along with the rest of the international community, does not recognize Nagorno-Karabakh,” US state department spokesman Mark Toner told reporters.  “Nagorno-Karabakh´s final status will only be resolved in the context of a comprehensive settlement.”

Russia´s foreign minister Sergei Lavrov also said that recognition of Karabakh´s independence was undesirable, and in any case unlikely.

“Yerevan has assured that the region´s status will not be determined unilaterally,” Lavrov told Russian news agency RIA Novosti.

He added that he saw no reason to panic because the bill was not produced by Armenia´s ruling party, but by two opposition lawmakers.

“This is an attempt by Yerevan to exert pressure on the international mediators of the Karabakh conflict so that they take steps to influence Baku,” he told IWPR.

Armenia´s recognition of Karabakh would bring down the Minsk Group process, which is the only format for the settlement of the problem.

“This is understood in Yerevan,” Skakov said, adding that if Armenia did not move forward with the bill, it meant that it “still hopes for diplomacy”.

Arshaluis Mghdesyan is an independent journalist in Armenia and Nurgul Novruz is the pseudonym of an Azerbaijani journalist.

Armenia, Azerbaijan
Conflict
Connect with us