Why Turkey Should Confront its Past 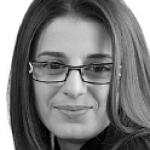 Why Turkey Should Confront its Past

I visited Istanbul in May, and I saw there an old cupboard with the name and date – written in Armenian – “Hranush, 1911”.

Just four years after that unknown Armenian was for some reason commemorated on that cupboard, our nation was swept up in a genocide. Squads of Turkish soldiers rounded up Armenians across the country, killing them, or driving them to die in the desert.

I exist only because my grand-father Eduard managed to escape from the town of Kharberd in Western Armenia. It is now the Turkish town of Harput and, somewhere, contains the un-marked grave of Murad, my great-grandfather.

The old cupboard reminded me of the fate of Turkey’s Armenians every time I passed it. And I passed it four times a day because it stood by the entrance of the restaurant in the Conrad hotel where we were staying.

I was part of a group of Armenian analysts, political scientists and journalists visiting the former capital of the Ottoman Empire to take part in a forum dedicated to improving relations between our states.

We saw Hranush’s name on the cupboard before our first lunch, and we flocked around it, taking photos of it and each other.

At the forum, television cameras and journalists waited to ask us questions, and the relations between our two countries were at the centre of national attention. In the midst of this uproar, Hranush’s cupboard stood still.

On the last day I even said goodbye to it, and surprised myself by how moved I was to be leaving it behind.

I am sure that Hranush, like my great-grandfather Murad, has no grave. Murad for me has always been the symbol of the genocide – the “unknown victim” – and the memorial to its victims in Yerevan has been for me a grave for him. Hranush has now joined him in my thoughts.

I truly hope that Armenia and Turkey will become good neighbours, and I want Turkey to open the border that it closed in 1993.

However, in a sign of the tensions that still exist, the signing last week of the historic accord between the countries – setting a timetable for restoring diplomatic ties and reopening their joint frontier – was delayed by several hours as international intermediaries struggled to stop both the Armenians and the Turks making any political statements for the cameras after the event.

This leaves me – as well as many ordinary people in Turkey and Armenia – doubtful that the politicians are sincere in their desires to build peace.

Such distrust could interfere with any attempts to build friendship between the two nations. We have been separated by a closed border for decades. In Armenia, recollections of the genocide have extinguished any pleasant stories that Armenians could have told of Turks when they still lived together as neighbours.

Turkey must confront its own past before real peace can ever be created. Here in Armenia, we will never stop talking about the genocide. Opening the border will give us the chance to talk to the Turks, to persuade them that their ancestors waged genocide against ours - a recognition that’s key to good relations between the two countries.

The ghosts of Murad, Hranush and a million and a half other Armenian victims insist upon it.