Why Did the Cuban Regime Jail an Environmentalist?

How dissent singles citizens out for harassment and discrimination.

Why Did the Cuban Regime Jail an Environmentalist?

How dissent singles citizens out for harassment and discrimination. 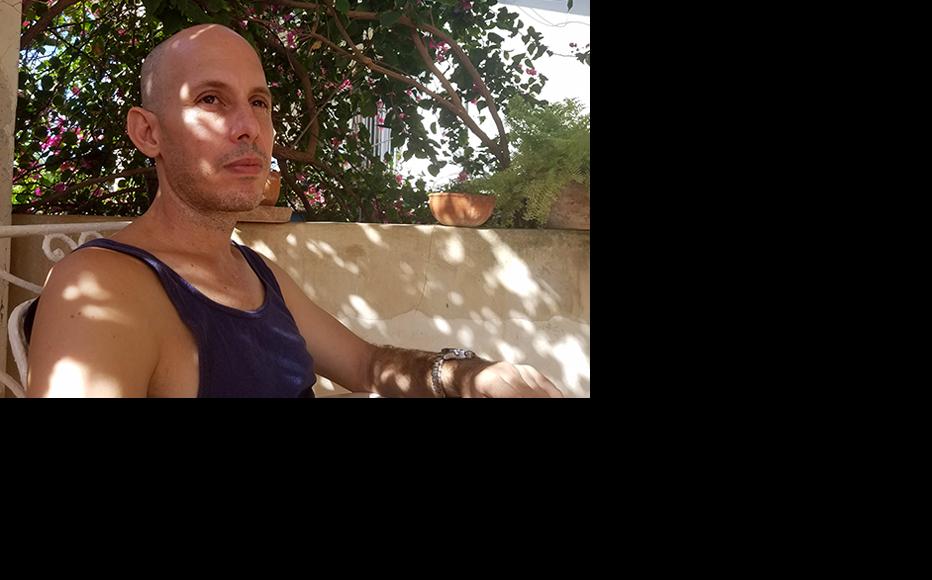 Ariel Ruiz Urquiola under house arrest in Havana. (Photo: Claudia Padrón)
The link has been copied

On the morning of May 3 this year, environmentalist Ariel Ruiz Urquiola was working on his ranch in Viñales, western Cuba, when two forest rangers approached him.

Sirilo Seara Carrasco and Alexander Blanco Calzadilla asked to see his permits for cutting down trees and erecting fences on his farm, El Infierno; in turn, Urquiola asked to see their IDs.

“One of them, ‘the boss’, pulled out his penis and started to urinate on my ranch and in full view,” Urquiola later told a Cuban magazine.

The 43-year-old environmentalist then refused to show his documents to the two men, whom he called “rural guards” – a term used for the repressive rural police before the 1959 revolution.

Urquiola told the rangers he had used the words literally rather than pejoratively. Nonetheless, he was arrested and just five days later, after a summary trial, the Viñales Municipal Tribunal sentenced him to a year in prison.

Article 144 of the Cuban Criminal Code establishes that whoever "threatens, defames, slanders, insults, tarnishes or in any other way affronts or offends” a public servant risks a prison term of up to a year.

In mid-June, after spending a month and-a-half in the Provincial Prison of Pinar del Río and in the Correctional Cayo Largo, Urquiola went on hunger strike. On July 2, having lost over 30lbs, he was released for health reasons to serve his sentence under house arrest. He is due back in court on August 1.

Urquiola, a biologist, has long been singled out as suspect by the Cuban authorities.

The Viñales Municipal Tribunal accused him of “not participating in social and group organisations’ activities in his area of residence” and also of “fraternizing with people of poor conduct”.

Several years ago, he spoke out about irregularities in the fishing of endangered hawksbill sea turtle by Cuban companies and more recently publicised the illegal hunting of huitas, a rodent native to the Caribbean.

His former employer Havana University had repeatedly refused Urquiola a teaching position and dismissed him two years ago after a medical commission diagnosed him with a psychiatric illness, although without any in-depth examination.

Urquiola's farm was excluded from a plan to bring electricity to the area, and last year his sister Omara accused two neighbours of storming the property and threatening her at knifepoint.

The Urquiola family has maintained it faced such harassment because of its public opposition to illegal hunting, claiming that the authorities had sanctioned the intrusions. Uriquiola was fencing off his ranch to prevent further incidents when the forest rangers visited.

Laritza Diversent, the CEO of legal assistance association Cubalex, said that the charges against Uriquiola were “based on a misunderstanding between the real and historic meaning of the word ‘police’ or ‘rural guard’ for the authorities”.

“It has not been acknowledged that he was punished unfairly and if he does not comply with the rules imposed by the judge he can be sent back to prison,” she continued.

Under Cuban law, probation can be granted in cases of illness. Urquiola was deemed to be suffering from a depressive condition before his release, and Diversent noted that this has become a way for Cuba to divert international pressure and release contentious prisoners without revoking sentences.

“It was also the solution they used to free the Black Spring political prisoners who did not want to exile themselves,” she continued, referring to the dissident group opposing Fidel Castro’s government who were imprisoned in 2003.

Urquiola’s case, a rare documented instance of the repression of environmental activists in Cuba, has not been covered at all in the official state media.

Many organisations requested explanations from the Cuban government regarding Urquiola’s case, including the Organization of American States (OEA), the Inter-American Court of Human Rights, the UN Working Group on Arbitrary Detention and the US State Department.

For the first time, opposition activists and journalists inside and outside Cuba and some government sympathizers are even in agreement.

In the online magazine Guardabosques, which brings together Cuban environmentalists, activist Isbel Díaz Torres wrote, “Ariel’s hard-headedness has stirred up part of Cuban society, at least the most connected part [to the Internet].”

Amnesty International has declared Urquiola to be a prisoner of conscience and has organized a campaign for his release.

Its Caribbean researcher, Louise Tillotson, argues that “this case demonstrates how the vulnerability of freedom of expression even extends to people who are not necessarily against the Cuban government; they’re just defending our planet”.

She said that Urquiola had started a hunger strike while under detention because in the Cuban context “it is one of the few options that activists believe they have to express their opposition to injustice”.

What was unusual was the level of international pressure, added Diversent.

“I know cases where incarcerated people have used hunger strikes as a last resource to defend their rights and unfortunately they remain unheard of abroad.”

Ariel and Omara Ruiz Urquiola have appealed for a case review.

Omara has expressly requested that the People’s Supreme Court revokes her brother’s sentence and confirms his innocence. The family’s legal representative, like all lawyers in Cuba, works for the state and is not independent.

A teacher at the Higher Design Institute, Omara has also reported harassment at work. “They have asked for my work plan to question my hours, luckily I’m obsessive and everything is in order.”

For Urquiola his release to house arrest feels like “a hallucination” rather than freedom, he told a Cuban magazine. He was unable to fulfil a contract with Humboldt University in Berlin where he was due to begin work on May 18.

But he hopes at least that the international protest and growing national consensus on the unfairness of his case will help exonerate him.

“I didn’t commit a crime,” Urquiola said. “I will continue to fight to vindicate my rights as a citizen.”

Cuba
Regime
Connect with us