What Next in the New Egypt?

After the euphoria of Mubarak's resignation, Egyptians discuss fundamental political and economic reforms.

What Next in the New Egypt?

After the euphoria of Mubarak's resignation, Egyptians discuss fundamental political and economic reforms. 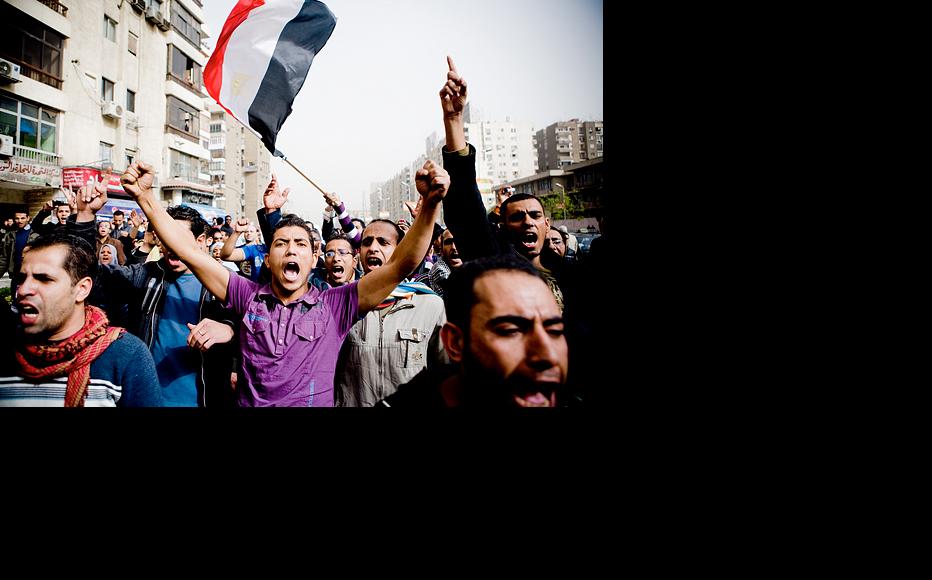 Egyptians want to see their victory tranlate into political and economic justice. (Photo: Hossam el-Hamalawy/Flickr)
The link has been copied

Things are getting back to normal in Cairo, but everybody is talking about what's next, discussing what we need to see happen now in our country, both economically and politically, and in terms of establishing justice and transparency for the future.

Some main concerns have emerged. There is agreement over how much we need clear economic development, not just economic growth. We have to increase GDP, but everyone has to have a share in wealth generation. We need to rethink taxation and health insurance, to create job opportunities, and not only in the cities, but in Upper Egypt, the Delta, the governorates where poverty is very high.

We're also aware that the situation is more difficult because of all that we have lost economically during the days of protest. Civil society is going to have to help educate people not to have their expectations raised so high that they are then disappointed and frustrated.

The other question is - are we going to have a presidential or a parliamentary state. Some people are saying that since we have had the presidential system since 1952, we should keep it; the implementation was wrong, not the system itself.

Others say a parliamentary set-up is better, because they are worried about dealing with a president supported by the system who then becomes untouchable. As far as the Muslim Brotherhood are concerned, they have been quiet – too quiet. They say that they will not field a candidate for presidential elections and do not seek to gain a majority in parliament.

This is unusual and uncharacteristic, because as long as I can remember, they have been very outspoken and have tried to take the lead in any movement, even if it has nothing to do with them. It worries me, I wonder why they are holding back and I really don't know.

But then all the political parties are acting in quite a subdued manner. They are all waiting to see what the army will do and for them to clarify what their future is likely to look like. People were very pleased with the army announcement on Saturday, February 12, when they said that they will hand over to a civil government, ensure a peaceful, stable transition and then go back to their camps.

But at the same time, the public is still worried about military involvement in the political process as they have not yet given any time-frame for a transfer of power or parliamentary elections. The present cabinet is continuing to sit but apart from that we are still unsure over what the next step will be.

Elections are due in September according to the old constitution but now the military are running the country this no longer applies. They could announce elections next month or next year, but it's important for us to know, soon, what the time-frame is for the handover. We need transparency – that was one of the major problems with the old regime.

There are still no police on the streets of Cairo. I think we are the only city on the planet without police! But apart from that, it looks back to being a normal city.

The protests have dispersed, apart from some people still in Tahrir Square. There are crowds there who are saying they won't leave until they get specific commitments from the army on the hand-over of power and the lifting of the state of emergency. Elsewhere in Cairo, it's crowded as usual, shows are open again, people are are going to work. I haven't heard about any acts of revenge or retribution.

But everybody is demanding an investigation into who gave the orders to shoot on the protestors and for them to be judged, even if it was the president himself. We need to know who was responsible, and apply the law.