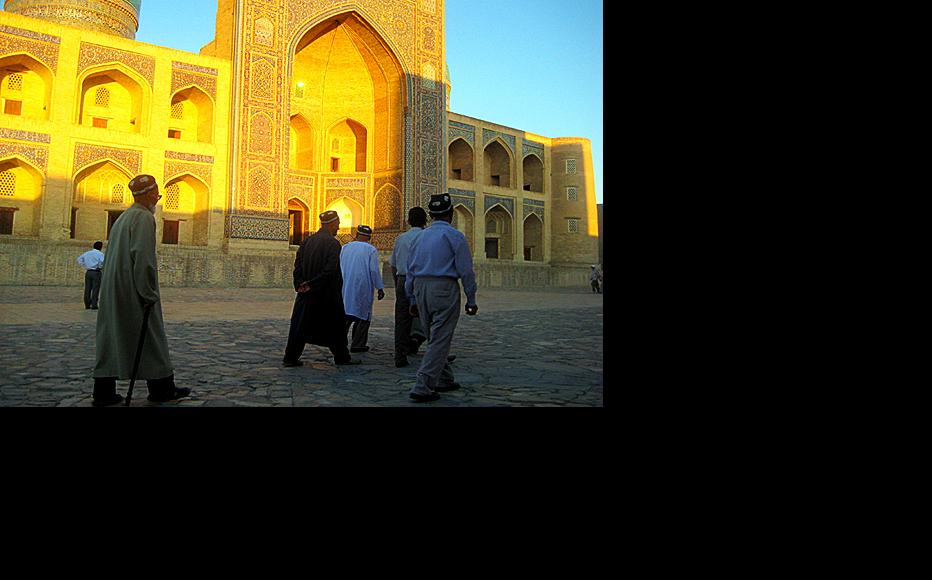 United States Secretary of State Hillary Clinton has warned Uzbek president Islam Karimov leader that curbing religious freedoms could be counterproductive and lead to a rise in Islamic extremism.

Local commentators said Clinton’s warning was accurate. Although Uzbek law enshrines freedom of confession, religious rights are severely restricted and anyone suspected of being an over-devout Muslim is at risk of being arrested as an extremist.

Abdurahmon Tashanov of the Ezgulik human rights group based in Tashkent says people in Uzbekistan are attracted to Islam because “they see religion as an alternative to an unjust government”.

"Religious people are in an extremely difficult position in this country," Surat Ikramov, head of the Initiative Group of Independent Human Rights Defenders in Tashkent, said. “And it looks like it can only get worse.”

"Virtually all the trials I have been able to attend were fabricated. No real evidence was produced," Ikramov went on. "It is standard practice to convict dozens of people at a time, based on lists drawn up in advance."

Rights groups calculate that 10,000 people are in jail on charges of religious extremism in Uzbekistan. Inside or outside prison, they are at particular risk of harassment and abuse. (See Uzbekistan: "Islamist” Tag Used to Extort Money, Torture of Female Prisoners Now Routine in Uzbekistan, and Protest Against Torture at Notorious Uzbek Jail.)

Local activists say at least 30 more have been arrested and accused of belonging to banned Islamic groups in the last three months in and around the capital Tashkent alone.

A representative of the officially-recognised Muslim clerical establishment, said on condition of anonymity that the secret police watch all mosques and draw up lists of people who go there regularly.

Although Islam is the authorities’ main target, minority groups like the Jehovah's Witnesses. Seventh Day Adventists, Baptists, Bahais and Buddhists are closely watched by the authorities.

In September, the US Department of State issued its Annual Report on International Religious Freedom, listing Uzbekistan as a "country of particular concern" which commits gross violations of freedom of confession, on a par with Burma, China, Eritrea, Iran and North Korea.

Shohruh Abdurasulov, who heads the religious education department at the Uzbek government committee for religious affairs of Uzbekistan, rejected this view of the state of affairs, insisting there were "no real restrictions" on faith groups, as long as they had legal recognition.

"No one is subject to prosecution without reasonable cause," he said. "The only people convicted are those with close links to international terrorism and extremist groups."