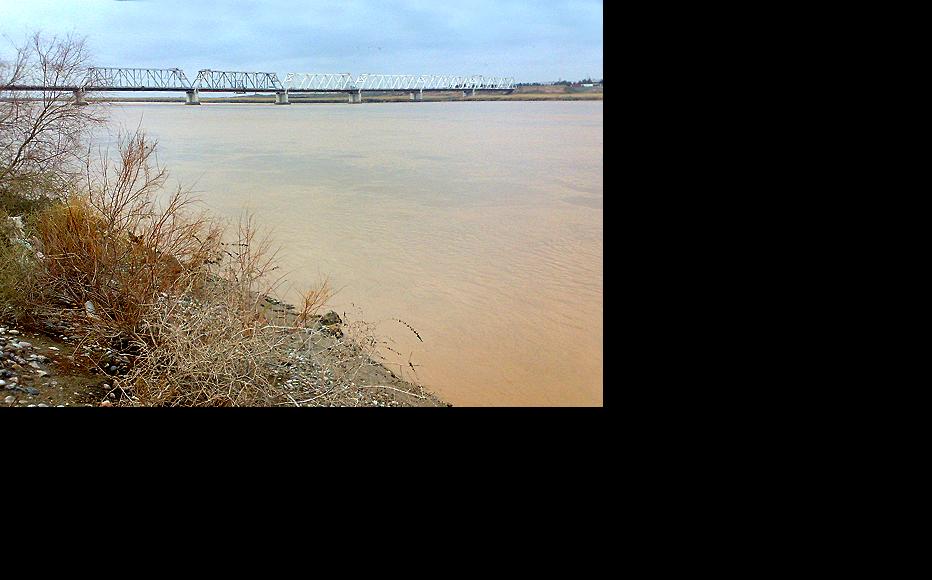 Given the security challenges posed by Afghanistan, Uzbekistan is likely to adopt a more cooperative attitude towards its Central Asian neighbours and Russia, a leading Central Asia expert says.

Fabio Indeo, a specialist in Central Asian geopolitics and a research fellow at the Centre for Energy Governance and Security at Hanyang University in Seoul, spoke to IWPR about how Uzbekistan views the situation in Afghanistan, how that affects relationships with its neighbours, and whether it would welcome an increased Russian presence in the region.

He began by discussing the various insurgent groups present in northern Afghanistan such as the Taleban, the Islamic Movement of Uzbekistan (IMU) and Islamic State, and whether any of them have ambitions to move into Central Asia.

Since the Taleban’s capture and brief occupation of Kunduz, all of Afghanistan’s Central Asian neighbours have beefed up their border defences. But do the Taleban present a real threat to Central Asia?

Central Asian governments are seriously concerned about the rise of the Taleban in neighbouring Afghanistan. This is mainly because they perceive the revitalisation of political Islam as a threat to their own power and their national secular institutions.

Moreover, considering that in the regional context Tajikistan appears to be the weak link in security terms, Uzbekistan and Turkmenistan fear that instability on the porous Tajik-Afghan border – also fuelled by internal factors – could spread into that country [Tajikistan] and then affect the whole region.

At the same time, in the event of a possible Taleban ascendency in Afghanistan, pragmatism and realpolitik might prevail in Uzbek and Turkmen foreign policies. They might establish bilateral relations in order to protect and achieve their strategic interests in the region such as energy and trade. In such a scenario, the main precondition would be that Taleban forces prioritised national aspirations – building an Islamic state inside Afghan borders – rather than global ones linked to the creation of a transnational caliphate.

What about the IMU, which has its roots in Uzbekistan? Does it harbour ambitions to come back?

In the last two years, IMU has strongly backed the rise of Islamic State (IS). In September 2014, IMU leader Usmon Ghazi expressly pledged support for IS, and in August 2015, he swore allegiance to IS.

However, I believe that these actions by the IMU must be interpreted in light of several factors. First, this expression of loyalty appears to be a marriage of convenience that currently profits both parties. The IMU can benefit from the stronger, media-savvy brand of the most powerful Islamist movement currently in existence, and also receive training, financial support and weapons. For its part, IS could gain the support of IMU branches for a potential bid to extend its influence into Central Asia with the aim of creating the so-called “Khorasan Vilayat” [province], which would be part of the Islamic State.

Second, IMU support for IS represents clear confirmation of a shift in strategy for the Central Asian movement, from a national perspective to a global/international one. In the 1990s, the IMU's goal was to overthrow Uzbek president Islam Karimov and to create an Uzbek Islamic state. Then this strategy became regional, aiming to create an Islamic state based in the Ferghana Valley by overthrowing the Kyrgyz and Tajik secular states and removing national borders. Finally, the IMU strategy has become global as it engages in the project to build a transnational Islamic caliphate.

I think, however, that in the medium term, the two different approaches – global and national – will clash, and that once it realises that creating a transnational caliphate is unrealistic, the IMU will revert to the regional goal of overthrowing secular institutions in Central Asia.

What are the prospects that Islamic State will make a move on Central Asia?

The IS presence in Central Asia is used by all geopolitical actors involved in the region in pursuit of their own strategic interests and goals. The true number of Central Asian foreign fighters with IS in Iraq and Syria is widely debated, and it is manipulated by various regional and international players, Russia and China included.

Russia frequently warns the Central Asian states of the IS threat, mainly to force them under the security umbrella of the Collective Security Treaty Organisation.

The Central Asian states themselves emphasise the IS threat in order to justify domestic policies and social controls. Even if they fear the destabilising efforts of Islamist forces, countries like Kazakstan and Uzbekistan are able to control foreign fighters. Tajikistan, meanwhile, is in a weaker position when it comes to curbing IS.

As I mentioned, IS currently represents a successful brand for Central Asian Islamists, as a transnational movement that could support their attempts to overthrow regimes and replace these with institutions based on Sharia law.

Islamic State’s real interest in expanding its influence into Central Asia will need to be evaluated in the medium term, especially given that the idea of creating a caliphate stretching from Syria and Iraq to Central Asia, including Iran and Pakistan along the way, looks unrealistic in geopolitical terms.

Furthermore, the evolution of relations between the Taleban and IS will influence the latter’s ambitions vis-à-vis Central Asia. The divergence between global and national aims could damage the current convergence of interests, as occurred in the past between al-Qaeda and the Taleban.

How worried is Uzbekistan about the Afghan threat?

Tashkent is rigorously monitoring the situation along the frontier with Afghanistan. Even though the 137 kilometres of border are well-patrolled, Uzbekistan fears militant incursions that could destabilise the country.

The authorities are particularly concerned about the IS threat. In February 2015, National Security Service officer Alisher Hamdanov warned of the imminent risk of IS terror attacks in Uzbekistan.

Moreover, the strategic merger between IS and the IMU is a worry for the Uzbek authorities, given that an estimated one-third of all Central Asian fighters supporting IS are Uzbeks.

The capture of Kunduz has sparked further concerns in the Central Asian countries that border on Afghanistan. It showed clearly that the Taleban threat is real and concrete.

Strong border security should prevent infiltration on the Afghan-Uzbek frontier. This could also contain the effects of recruiting campaigns which could otherwise have a significant impact, because of the social and economic situation in Uzbekistan. Security on the border is also important to Uzbekistan because it could allow Tashkent to project its influence in a stable Afghanistan. Uzbekistan now provides electricity to Afghanistan, and trade along the rail and road corridor connecting Termez with Mazar-e Sharif could help Uzbekistan to play a greater role in Afghan development and stability.

Afghan general Abdul Rashid Dostum is reported to be back in action, sending forces into action against the Taleban in areas close to the Uzbek and Turkmen borders. Is that a significant development? And would Uzbekistan see it as a good thing?

The military action by Dostum's forces against the Taleban represents concrete help for Turkmenistan, by reducing armed militant pressures on that border.

As for Dostum, I think there’s a particularly intriguing debate coming from some Central Asian analysts, around the idea that he could contribute to creating a kind of buffer state in the ethnic Uzbek part of Afghanistan in order to prevent Taleban influence in Central Asia. The Russian and Uzbek authorities could obtain strategic benefits from this, even if it implies a radical change in regional scenarios, impacting on Afghanistan’s territorial integrity.

Do you see Russian military influence increasing in Central Asia?

At present, Russia is the main security provider in the region, through multilateral initiatives like the Collective Security Treaty Organisation [CSTO] and to a lesser extent the Shanghai Cooperation Organisation, as well as through bilateral military cooperation.

Within the CSTO framework, Russia provides military support in the shape of training, equipment and modern weapons to the Central Asian countries to help them counter attacks.

However, Russia’s military strategy for containing destabilising threats from Afghanistan suffers from an obvious weakness, in that two of the three countries bordering on Afghanistan – Uzbekistan and Turkmenistan – are not CSTO members. This restricts the scope for a regional response to security threats. Even though CSTO Secretary General Nikolai Bordyuzha has repeatedly warned of the intensification of extremist activities in Central Asia, and invited Uzbekistan and Turkmenistan join the bloc and thereby boost regional military cooperation, both countries have refused. They see the offer as an imperialist attempt to restore a kind of post-Soviet security bloc.

Are there signs that Uzbekistan may be changing its position on a Russian military presence?

In spite of the progressive worsening of the regional security situation, President Karimov has reaffirmed Uzbekistan’s foreign policy line, which prioritises enhanced bilateral security relations over cooperation within a multilateral framework.

Uzbekistan’s strategic geopolitical location allows it to successfully pursue a multi-vector foreign policy strategy that balances the interests of all external players and brings  significant gains. Even if Tashkent holds to its refusal to re-join the CSTO, its bilateral security cooperation with Moscow has strengthened since Vladimir Putin's visited Tashkent in December 2014, and President Karimov expressed a desire to buy Russian military equipment.

After the international troop withdrawal from Afghanistan last year, Uzbekistan has maintained its relationship with NATO and the United States. Tashkent is still seen as NATO’s main regional partner, a bastion against the rise of radical Islamists and terrorism.

Meanwhile, Tashkent has also developed security cooperation with China, a country that could gradually become more involved in the region’s security architecture, mainly if its strategic objectives – principally energy and trade, and maintaining control in Xinjiang – come under threat. Uzbekistan’s willingness to be part of the Shanghai Cooperation Organisation and to host the grouping’s counter-terrorism structure in Tashkent reflect a desire to belong to a forum that offers it improved security ties with China, rather than to a framework for coordinating security policies with other Central Asian states.

Uzbekistan’s past involvement in regional cooperation initiatives has been sporadic. Do the emerging threats suggest that it will become more cooperative?

Regional stability is a common, interlinked concern for all the Central Asian countries. Given the current threats to regional and national security, Uzbekistan needs better coordination of its policies with other Central Asian countries in order to head off a transnational threat that could affect the whole region. It would do well to prioritise efforts towards a framework for cooperation with the other countries bordering on Afghanistan. The recent meeting between the Uzbek and Turkmen presidents looks like a significant step in this direction.