Human rights activist on trial for a TV appearance which undermined the government’s version of events in Andijan. 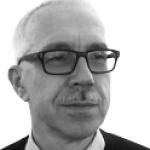 Human rights activist on trial for a TV appearance which undermined the government’s version of events in Andijan.

The authorities in Uzbekistan have ensured that the trial of a leading human rights activist has taken place with minimal media coverage. Although it relates to the well publicised killings in Andijan in May last year, the case has been conducted in near-total secrecy - so much so that when this report was published, even close family members were uncertain about the truth of rumours that the trial ended on January 12 with Saidjahon Zainabiddinov sentenced to seven years in prison.

The trial of Zainabiddinov, 50, exemplifies the use of the police and judiciary in Uzbekistan to silence anyone who dares to differ from the official policy line.

The first big Andijan trial last autumn was held with what passes for transparency in a country where local and foreign journalists who reported on the violence have since been accused of subversion and hounded out of the country. It ended in November with 15 people accused of mounting an Islamic insurrection being given prison sentences ranging from 14 to 20 years.

But since then there have been further trials, conducted as far from the public gaze as possible, resulting in more than 150 convictions so far.

Zainabiddinov’s detention has been shrouded in such secrecy that his family did not see him for several months, and although his trial is believed to have begun on January 4 in Chirchik, a town near the capital Tashkent, news that it was happening only seeped out six days later.

The charge sheet against him includes attempting to overthrow the state, organising an armed group, spreading rumours which could spark disturbances, slander, and illegally crossing a national border. It is not clear what evidence the prosecution brought to support these charges, or which ones were reflected in any in the final verdict.

However, it is at least patently obvious why the authorities have been out to punish Zainabiddinov.

Immediately after May 13, the day on which independent observers say hundreds of civilians were mown down by security forces in central Andijan, the government quickly moved to quash any reporting that challenged its own version of the events.

Meanwhile, Zainabiddinov, an Andijan man with a long engagement in the human rights movement, was speaking to foreign embassies and international media. Zainabiddinov not only witnessed the scenes of shooting, but also observed corpses being taken away in trucks the following day.

Worst of all from the authorities’ perspective, he appeared on NTV on May 16, a Moscow-based television station widely watched inside Uzbekistan as well as in Russia, holding up two damning exhibits for all to see.

One of these pieces of evidence consisted of the massive cartridge casings from large-calibre shells gathered by Zainabiddinov. This was physical proof that the security forces deployed 14.5 mm-calibre heavy machine guns mounted on armoured vehicles against the crowd. The authorities have suggested that the numerous lighter bullets from Kalashnikov rifles prove that most of the shooting came not from the troops (although they too were equipped with the weapon), but from rebels who had seized some weapons the night before the violence.

The difference is more than academic: the 14.5 mm weapon has a higher rate of fire than the Kalashnikov, a longer range and greater accuracy because of its fixed mount; and because it is designed to destroy military targets, it has a devastating impact on human flesh. IWPR contributors and others on the scene saw bodies either with limbs missing or completely torn to pieces, in a manner not consistent with the impact of a rifle bullet. Like others, these human remains were quickly removed by the authorities and buried in secret locations to prevent post mortems or an accurate bodycount.

On May 18, Uzbek president Islam Karimov laid down the official line – 169 people were killed (a figure later adjusted to 187), most of them armed Islamic terrorists and the rest members of the security forces shot by the “insurgents”. This argument formed was the basis of the damage-limitation exercise that was to be purveyed in forthcoming months to anyone willing to listen – in the face of mounting demands from the United States and other western nations for an independent inquiry into what really happened.

But Zainabiddinov had already undermined that story with his other exhibit - the shoes of a small child, one of many pairs found left behind on Andijan’s central square by women and children whose bodies were spirited away and remain unaccounted for. Before his arrest, he showed IWPR more of these shoes, some of them bloodstained.

In his TV interview, Zainabiddinov challenged the government’s assertion that this was some kind of Islamic revolution, saying, “People weren’t making political demands. They’d simply been driven to desperation by the state’s domestic and economic policies – people had been driven into poverty.”

Because news coverage on Uzbek TV is so dire, many people in the country watch Russian NTV on cable, so the images had a profound effect on people still inclined to believe the government’s crude attempt at spin.

Zainibiddinov was arrested on May 21 and since then is believed to have been held in Tashkent prison, except for periodic interrogations at the interior ministry. He will now go to a labour camp.

As well as alleged conspirators and participants in the May violence, the authorities have also been arresting and charging anyone who reported on the events or expressed a view on them. The list includes Mutabar Tajibaeva, a leading human rights activist from Margilan, arrested in mid-October; Sanjar Umarov, head of the opposition Sunny Coalition, picked up later the same month; and Nigora Hidoyatova, leader of the Free Farmers Party, detained in December. None has yet been convicted, but Nosir Zokirov, a Namangan-based correspondent for Radio Free Europe/Radio Liberty, was sentenced to six months in August for “insulting a member of the security forces”.

Taken together, these arrests and trials of people who were clearly not actors in the Andijan violence, even by the authorities’ reckoning, amount to an indictment of the Uzbek government.

But since these ongoing cases also indicate that the momentum to systematically silence all critical voices is not letting up, they also pose an uncomfortable question for members of Karimov’s government – what now?

With every conviction, the government makes it harder and harder for itself to go back to a more moderate position and renegotiate its relationship with the international community.

The evidence advanced by the prosecution in the first Andijan trial was at times tragicomic, and the judiciary is now being required to sanction further swingeing prison sentences based on a storyline that even Karimov’s few remaining allies abroad probably don’t believe.

Servants of the regime, too, face something of a dilemma. Right now they have little option but to continue with Karimov and his dual policies of repression and misguided economics – even if these lead to more Andijans. With an eye to the future, the cannier officials will be growing distinctly uncomfortable with the position their president is placing them in, and will not necessarily want to be associated with major human rights abuses.

That sense of unease will have been made more acute by the recent departure of Zokir Almatov as interior minister. As boss of one of the two main domestic security agencies, Almatov has in the past been a robust executor of Karimov’s policies. But he was reportedly unhappy when the president forced him to take centre stage during the Andijan crackdown – for example it was he, not Karimov or security minister Rustam Inoyatov, who had to present the official line to international media. Yet instead of being rewarded for his role, he was stripped of control over important paramilitary units shortly after the trouble.

Visiting Germany in the autumn to receive treatment for cancer, Almatov again found himself in the spotlight. Many said he should never have been allowed into the country because the European Union had blacklisted him along with other Uzbek officials accused of presiding over the bloodshed. Once he arrived, human rights groups pressed for his arrest and prosecution, which must have been an alarming spectacle for Uzbek officials unused to the concept of public accountability.

In the end Almatov got away, but on returning to Uzbekistan in December he quickly resigned.

In that light, few officials will be actively trying to associate themselves with the trial of a man whose offence was to provide evidence that the government was not telling the truth about what happened on May 13.

For the moment, though, the official strategy seems to be to obstruct access to information about Zainabiddinov, and hope that no one notices what happens to him.

John MacLeod is a senior editor with IWPR in London.