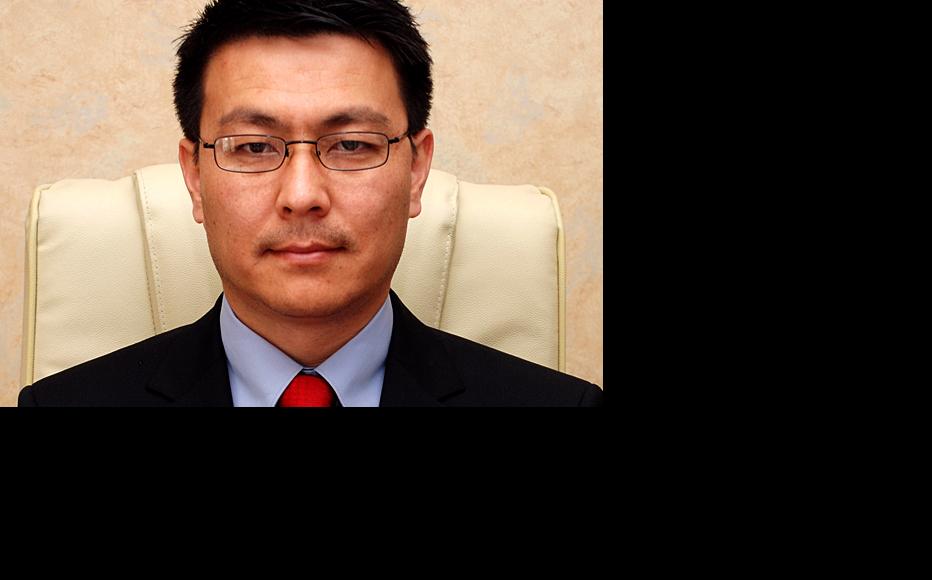 Kamoliddin Rabbimov, an Uzbek political analyst based in France. (Photo courtesy of K. Rabbimov)
The link has been copied

Uzbekistan’s parliament has passed legislation to enact a new strategic document that rules out the possibility of hosting foreign military bases.

It was no surprise the law was passed on July 31, since it had been proposed by President Islam Karimov, and the Uzbek parliament does not oppose his decisions. But it runs counter to earlier media reports that Uzbekistan was at least considering whether to host United States or other NATO military facilities after international forces withdraw from Afghanistan in 2014.

The Uzbek government closed a US military airbase at Karshi in 2005 after international condemnation of the mass shootings of civilians in Andijan in May that year. More recently, however, Uzbekistan’s relationship with the West has improved, as it has become a key overland transit route for supplying NATO troops in Afghanistan.

NBCentralAsia asked Kamoliddin Rabbimov, an Uzbek political analyst based in France, to explain why the government had now taken such a strong stand.

Kamoliddin Rabbimov: This strategy was approved swiftly with no discussion, and it reflects Tashkent’s current concerns and needs.

It creates the legal foundations for a flexible approach to participating in or abstaining from [regional] integration, in structures that include the Russia-Belarus-Kazakstan Customs Union, the Collective Security Treaty Organisation, the Commonwealth of Independent States and the Shanghai Cooperation Organisation.

The document recognises only the authority of the United Nations, and states that foreign policy will be founded on the national interest; this will be the driving force that shapes Uzbekistan’s approach to international structures and bilateral relationships.

Second, the document also makes it clear that Uzbekistan will not take part in peacekeeping operations abroad. Tashkent probably wants to insure itself against having to get involved in situations like those [ethnic clashes] that occurred in Osh and Jalalabad in neighbouring Kyrgyzstan in June 10.

Third, the strategy says that environmental safety and fair distribution of water resources is essential to regional security. This gives the Uzbek government an additional legal mechanism with which to pressure Tajikistan [whose plans to build a major new dam the Uzbeks oppose].

NBCentralAsia: The repudiation of foreign military bases was unexpected, given that there have been suggestions the Uzbek government was seeking some kind of American military presence. What is this about?

Rabbimov: After 2005, Uzbekistan refused to allow international powers, and the US in particular, to locate military bases on its territory. The authorities felt that this would create far more problems and create more tensions than any possible benefits that might ensue. In 2009 and 2010, rumours circulated that Uzbekistan might once again be prepared to host an American military base. But we need to understand that Karimov never extends his trust to anyone or any state or organisation that has previously caused him trouble.

The passing of this law comes as relations cool between Uzbekistan and Russia. So the section on military bases is directed at all three global players – Russia, China and the US.

As for the [existing German military] base in Termez, this hasn’t created any political upsets for the Uzbek government. So it’s likely to be rebranded as a “transit hub” and thus exempt from the ban on military installations.

NBCentralAsia: Why does the document lay so much emphasis on neutrality and on refusing to be part of political and defence blocs?

Rabbimov: This was actually formulated in the early 1990s, but was subsequently forgotten about because Uzbekistan takes a selective approach to complying with its own laws. The country has twice been an active member of the Collective Security Treaty Organisation, and has also participated in NATO’s Partnership for Peace project and the North Atlantic Cooperation Council.

Uzbekistan is constantly weighing up what approach will best serve its own interests at any given time.

NBCentralAsia: Is it likely that Tashkent will change its foreign policy priorities again, now that this strategy document has been approved?

Rabbimov: This document seeks to enshrine foreign policy rather than change it. Uzbekistan has grown tired of foreign policy – its initiatives are not understood, and regional and global players distrust it.

The strategy makes it clear that Uzbekistan will no longer lurch from one geopolitical orientation to another.

However, this is only a distillation of the current mood in the corridors of power. What will the priorities be in six months’ or a year’s time? That’s hard to say. The current policy may not last very long, as the authorities are in conflict with their own population, and view the world outside with caution and apprehension.

Diplomacy
Connect with us