Uzbekistan Being Nicer to Tajik Neighbours?

Conciliatory gestures unlikely to lead to swift improvement in relations.

Uzbekistan Being Nicer to Tajik Neighbours?

Conciliatory gestures unlikely to lead to swift improvement in relations. 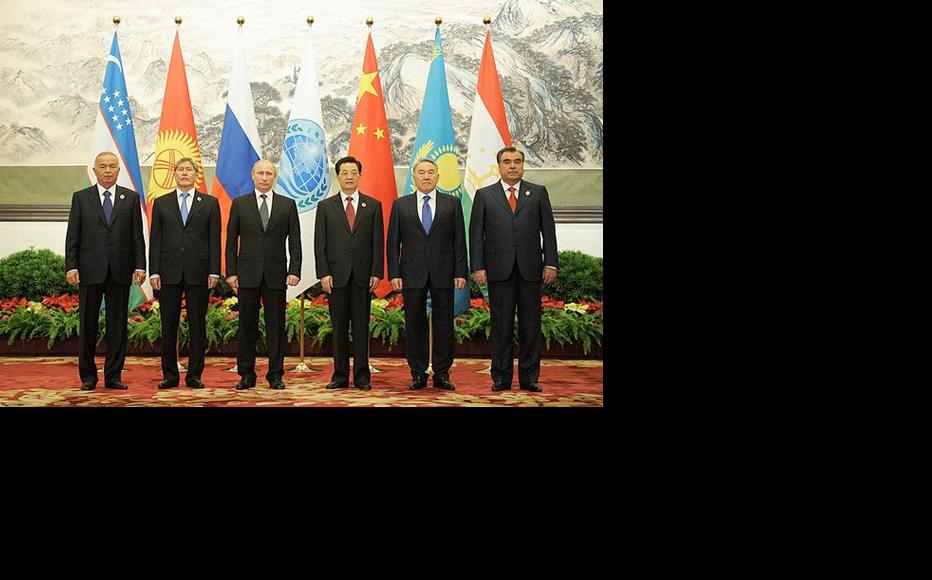 After a prolonged period of coldness, Uzbekistan has been making friendlier gestures towards neighbouring Tajikistan. President Islam Karimov is expected in the Tajik capital Dushanbe next week on what will be his first visit in six years.

However, commentators suspect the conciliatory signs are really about Uzbekistan trying to position itself as a regional player and keep two external powers – Russia and China – on side. They see little immediate prospect of a thaw in Uzbek-Tajik ties because the issues that divide the two states are too complex to be easily unravelled.

If it happens, the purpose of Karimov’s trip to Tajikistan will be to attend the September 11-12 summit of the Shanghai Cooperation Organisation (SCO), a regional bloc consisting of Russia, China, and four of the five Central Asian states. (Turkmenistan is not a member.)

Shokirjon Hokimov, deputy head of the opposition Social Democrats in Tajikistan, told IWPR that while Karimov’s visit was not part of official bilateral diplomacy, it offered a route to reengagement.

“Countries use forums of regional or international organisations to discuss important problems in their… bilateral relationships,” he said.

Tajik president Imomali Rahmon spelled this out in a message congratulating Uzbekistan on its independence day, September 1. He pledged to make every effort to achieve better relations and greater cooperation, telling the Uzbek leader, “I am certain your forthcoming visit to Tajikistan for the SCO summit will add momentum to the process.”

At about the same time, an Uzbek railway official, Utkur Astanov, was quoted in Russian newspaper Gudok as saying a decision had been made to offer a new and shorter transit route for rail traffic to Tajikistan. Since 2010, the Uzbeks have restricted freight shipments crossing their rail network en route to Tajikistan, citing “technical reasons”, and have been steadily raising the transit fees for trains that are allowed to travel.

Astanov said the decision was a response to a request from the Tajiks. He noted that they had also asked for lower fees, but said this was still under consideration.

Traffic between the two countries is only one of several areas hit by persistent political differences. Overland travel is all but impossible, natural gas supplies from Uzbekistan are cut off intermittently, and both countries now require visas for citizens crossing the border, despite close historical links and family ties.

The main current area of dispute is the giant Roghun hydroelectric scheme, which Tajikistan plans to complete in the hope of solving chronic electricity shortages at a stroke. Uzbekistan fears that the dam would retain large volumes of water that would normally flow down the Amu Darya river and irrigate its fields, only to release it in winter to generate more electricity, thereby causing flooding.

None of the experts interviewed by IWPR is expecting a breakthrough in Dushanbe.

“Both sides have clearly stated their positions on Roghun and… neither is going to give in,” Ravshan Abdullaev, director of the Eurasia Foundation of Central Asia, told IWPR, although he conceded that movement was possible on lesser matters like rail freight.

At the same time, experts believe incremental change is possible in Uzbekistan’s attitude towards its neighbour as a by-product of its bigger aim of working with Moscow and Beijing, both of which are engaged in Tajikistan.

Both these major powers are keen for the Central Asian states to get on with one another. China is a major investor in transport and energy projects across the region, and is Uzbekistan’s second-biggest trading partner after Russia.

Russia continues to regard Central Asia as its own sphere of interest.

For Moscow, Central Asia is important as a buffer against trouble coming out of Afghanistan. In recent months, it has also been looking towards former Soviet neighbours as its relationship with the West sours over Ukraine.

Andrei Grozin, head of the Central Asia department at the Institute for Countries of the Commonwealth of Independent States, noted that when Karimov met Chinese president Xi Jinping on August 19-20, they discussed completion of the Uzbek section of the Central Asia-China pipeline, and a new railway linking China and Uzbekistan via Kyrgyzstan.

As Grozin told IWPR, cross-border projects of this kind depend on multilateral cooperation.

“There is a need to maintain good relations with one’s neighbours. For Russia, that is a prerequisite for establishing well-functioning routes for transporting food from Central Asia. As for China, it needs gas pipelines and railways passing through countries of the region, like a thread through beads.”

An analyst from Uzbekistan but now living in Kazakstan who asked to remain anonymous agreed that Karimov’s presence at the SCO summit would be mainly for China’s benefit.

“Uzbekistan has good relations with China in terms of its gas exports, and it’s important for the authorities to nurture ties with Beijing,” he said.

The same expert underlined the pragmatic side of Uzbek policy, given that it has already made it clear it is willing to increase fruit and vegetable exports in response to an invitation from Russia.

At the beginning of August, Russia introduced a ban on food and other products from Western countries in retaliation for economic sanctions. Agriculture minister Nikolai Fyodorov named Uzbekistan and Tajikistan among countries that could become alternative sources of fruit and vegetables.

As Grozin pointed out, the Tajik government is keen to capitalise on this surge in demand, and has promised a fivefold increase in exports. But Uzbekistan, a regional leader in fruit and vegetable production, can also benefit.

“I think that under these circumstances, Tashkent has been sent a signal from Moscow that it would be desirable to reduce tensions in its relations with its neighbours, even if it’s just for a period like a year,” Grozin said.

Shuhrat Ghaniev, head of the Humanitarian and Legal Centre in Bukhara, agrees that the more conciliatory attitude to Tajikistan might reflect calculations about Russia, but he believes it stems from pragmatic foreign policy-making in Tashkent rather than a nudge from Moscow.

Uzbekistan has not backed Moscow on Ukraine, and Ghaniev suggested that being nicer to Tajikistan might be an indirect way of correcting the balance.

“Given Uzbekistan’s adherence to a multi-vector policy and its rather strained relationship with [Russian president Vladimir] Putin because of the annexation of Crimea, Karimov is trying to lower the tensions by making a diplomatic gesture towards a [Moscow] satellite.”

Ghaniev said the Uzbek government realised it would be a mistake to swing too far towards the West, as it might need to call on Moscow in the event of an Islamic militant threat emanating from Afghanistan, where most NATO forces are leaving this year.

The Uzbek government was quick to issue a denial after reports that a new American airbase at Termez on the Afghan border was discussed when the chief of United States Central Command, General Lloyd Austin, visited the country on July 30. The story drew a strong reaction in Moscow, where a
member of the parliamentary committee that deals with former Soviet states, Ilya Drozdov, proposed deporting the large numbers of Uzbek labour migrants in retaliation.

The US had an airbase at Karshi-Khanabad until 2005, when Uzbekistan closed it because of US criticism of mass shootings of demonstrators in the eastern city of Andijan.

Azhdar Kurtov, a Central Asia expert at the Russian Institute for Strategic Studies, argues that Uzbekistan is not influenced by outside forces – “there is no hand of Moscow” – but rather by pragmatic self-interest. He argues that Karimov has realised that with Tajikistan, “neither side has gained the upper hand in their endless conflicts”.

“For a sensible politician – and I believe the Uzbek leader is one – it’s useful to pause and try to assess the strength and determination of one’s rival via diplomatic means, without being ready to concede one’s own position,” Kurtov said.