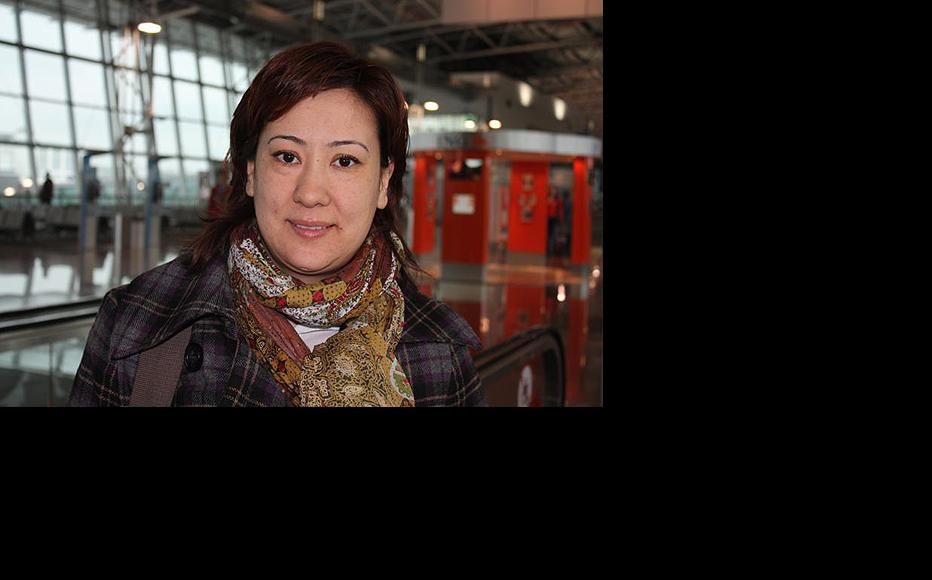 Umida Niazova, a human rights defender from Uzbekistan now living in Germany. (Photo: Umida Niazova)
The link has been copied

Prisoners commonly die of unexplained causes in Uzbekistan’s penal system, in which violence is routinely used against inmates.

The latest case is that of Ulughbek Ghofurov, who died under unknown circumstances at the Navoi prison camp after spending 11 years locked up. The Uzbek service of RFE/RL reported that his body was returned to relatives in early January.

Ghofurov, 32, received a 12-year term in 1999 for anti-constitutional activities. Just 15 days before his death, Ghofurov was transferred to Navoi from the Jaslik prison in northwest Uzbekistan, a facility known for particularly harsh treatment of detainees, including the use of torture.

It will not be possible to ascertain the cause of Ghofurov’s death, as the penal system is beyond external scrutiny, as is to be expected in a totalitarian state like Uzbekistan.

In November, inmates of Jaslik mounted a hunger strike in protest at a concerted campaign of beatings by warders. (See Convicts Protest Against Torture at Notorious Uzbek Jail.)

The fatality rate in Uzbek prisons is now alarming. Surat Ikramov, head of the Initiative Group of Independent Human Rights Defenders of Uzbekistan, based in Tashkent, reports that 39 people died in places of detention in 2010, most likely as a result of torture.

Almost all had been convicted of offences relating to Islamic activity. Ikramov’s group believes there are almost 10,000 prisoners serving sentences for offences of this kind.

“Religious” and political prisoners are treated with particular brutality in Uzbekistan, and they are rarely deemed eligible for release under amnesty. They are regarded as presenting a danger to society, as “enemies of the people”, and as enemies of President Islam Karimov.

Those convicted of anti-constitutional activities or of creating or joining a religious organisation – commonly-applied charges under articles 159 and 244 of the criminal code, respectively – are seen as dangerous extremists and potential terrorists. My own experience of monitoring trials and examining verdicts has not, however, revealed anything to substantiate these charges.

Furthermore, at every "religious" trial that I observed – and there were at least 50 of them – defendants looked scared and reported being tortured.

When larger groups of defendants were put on trial together, the connection was often just that they knew each other, that they were neighbours, or that they met for events like weddings or funerals. Other grounds for arrest were that they had read religious literature or had discussed their religious views within a small circle.

These tormented "extremists" would often beg the court to deliver justice, or ask forgiveness from the Uzbek nation and the president. None of this prevented them receiving lengthy jail sentences.

Last August, 56-year-old Ghoibullo Jalilov was sentenced to just over 11 years under articles 159 and 244.

Jalilov was a member of the Human Rights Society of Uzbekistan, and had worked on freedom of confession issues.

The case against him was based on testimony from the investigating officer and three of his subordinates, and from a number of individuals already in jail who were not called to give evidence to the court.

The sad truth is that we human rights defenders have not the slightest way of influencing the situation. The many reports that human rights have produced, the approaches made to international organisations, and the statements and appeals addressed to democratic states may have been heard, but they have not resulted in anything. Uzbekistan’s penal facilities remain closed to independent monitors.

The government of Uzbekistan needs to realise that using repressive measures against religious prisoners is unproductive, and moreover that arbitrary brutality may have the reverse effect, giving rise to acts of vengeance.

Umida Niazova is head of the Uzbekistan-Germany Human Rights Forum based in Berlin.

The views expressed in this article are not necessarily those of  IWPR.