Analysts say that power play is motivated by competition over energy resources.

Analysts say that power play is motivated by competition over energy resources. 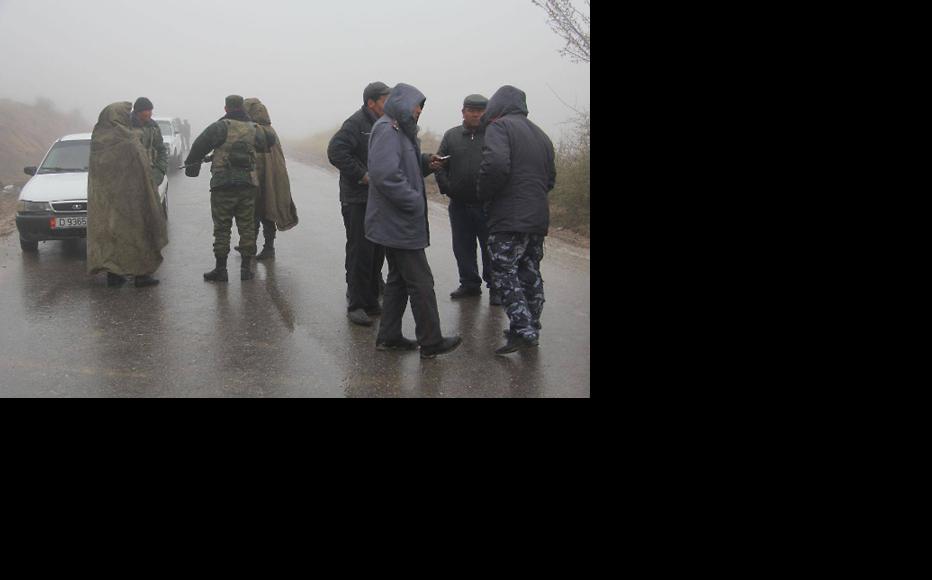 On the road located at the disputable border section at Chalasart in Ferghana valley. (Photo: Hulkar Isamova) 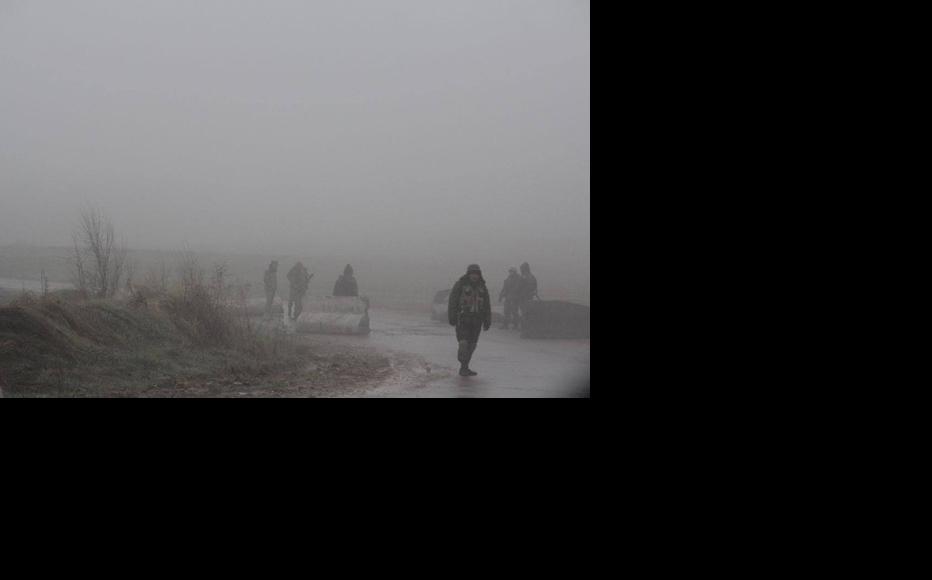 Kyrgyz military personnel guarding the border post at the road connecting villages Ala Buka and Kerben in Jalal-Abad region of Kyrgyzstan. (Photo: Hulkar Isamova)
The link has been copied

Kyrgyzstan has accused Uzbekistan of deploying troops at a disputed section of their shared border in retaliation for Bishkek’s continued control of a key reservoir.

The two countries have had a difficult relationship since the collapse of the Soviet Union, particularly where competition over natural resources has been concerned.

On March 18 Uzbekistan deployed several armoured vehicles and 40 military personnel on a road between the Kyrgyz villages of Ala Buka and Kerben in the southern Jalalabad region.

Kyrgyzstan reacted by also moving its own armoured vehicles to that part of the border.

“Kyrgyz citizens travelling through this area are stopped by the Uzbek border guards who tell them ‘Welcome to Uzbekistan’ and let them continue their journey to Kyrgyz territory,” said Guljan Altymyshbaeva, a Kyrgyz journalist who visited the area.

The Uzbek national security service border committee said that the deployment was part of a routine reinforcement due to Navruz, a public holiday celebrated on March 21.

However, Kurbanbay Iskandarov, the Kyrgyz state representative on border affairs, told the Kloop news agency that the Uzbek action might have been connected with Bishkek’s recent refusal to let Uzbek specialists inspect and repair the Orto-Tokoy water reserve.

This reservoir, completed in 1954, is located in Kyrgyzstan but was built with Uzbek resources, and Iskandarov noted that Tashkent had repeatedly claimed it had rights to its waters.

Talks between the two sides led to the number of military personnel being reduced to eight from each side, and the situation was  “relatively stable”, a spokesman for the Kyrgyz state border service told IWPR on March 22.

Border areas in the Ferghana Valley, which straddles eastern Uzbekistan, southern Kyrgyzstan and northern Tajikistan, have been a regular source of tension.

Transport hubs and water supplies there are closely inter-connected, a legacy of the Soviet Union when the region used to be a single economic entity.

Uzbekistan, a country of 29 million residents, is much larger than Kyrgyzstan, with only six million citizens.

However Uzbekistan is located downriver of the region’s water supplies and lacks irrigation capacity for its agriculture, while Kyrgyzstan controls one third of Central Asia’s water sources.

Hydroelectricity is considered to be Kyrgyzstan’s principal national resource. (See: The Cost of Privatising Power in Kyrgyzstan)

A large-scale dam project Kyrgyzstan is planning on the Naryn river is of particular concern to Tashkent.

The Kambarata scheme is designed to produce hydro-energy for export to neighbouring states, which will give Kyrgyzstan significant leverage over Uzbekistan.

Uzbekistan has long been a vocal opponent of Kambarata as it fears it will limit or disrupt the flow of irrigation water essential to its farming sector.

Emil Juraev, political lecturer at the American University of Central Asia, said that the recent Uzbek move was meant to clearly signal Uzbekistan's superior might.

He noted that Kyrgyz president Almazbek Atambaev had chosen to champion the cause of energy independence, a strategy which irritated Tashkent.

“[The military deployment] could have been done for several reasons… to show how vulnerable Kyrgyzstan is to its neighbor… [Kyrgyz] hydro-power projects may be another reason for that. We declared we are going to build [Kambarata] hydropower station whatever it takes, and Uzbekistan strongly disagrees with that.”

There are also tensions over other energy resources.

Following independence, Uzbekistan sold gas to the southern regions of Kyrgyzstan and used this as an effective way of leveraging negotiations over water and other issues.

Once this agreement came into power in summer of 2014, Uzbekistan terminated its gas supply to Kyrgyzstan with the explanation that it had to sign a fresh deal with the newly- established Gazprom-Kyrgyzstan.

However, this has yet to be agreed.

While northern Kyrgyzstan still receives fuel from Kazakstan as it always has, the supply in southern regions has had to be supplemented through gas cylinders.

Andrei Grozin, head of the Central Asia department at the Institute for Countries of the Commonwealth of Independent States in Moscow, said that Uzbekistan’s border maneuver was a further way of reminding Kyrgyzstan of its interests.

“You should always keep your neighbours in place and remind them from time to time that the Uzbek army is stronger than the Kyrgyz and Tajik ones combined,” Grozin told IWPR.

“This power play has been Uzbekistan’s standard position towards its weaker neighbours for the past 25 years,” he added.

In turn, Kyrgystan has explored ways of using diplomatic pressure to sanction Uzbekistan over the most recent incident.

On March 22 the Moscow-led Collective Security Treaty Organisation (CSTO) accepted a Kyrgyz request to hold an urgent meeting to discuss the border situation.

Uzbekistan withdrew from the post-Soviet regional security pact in June 2012, but Juraev said that Tashkent remained an important partner for all this body’s member states.

Kyrgyzstan was testing the water to whether CSTO could help it out, he suggested, but the bloc members confined themselves to issuing a statement that they were concerned and would continue to monitor the situation.

“The CSTO meeting is a purely technical thing, it's a discussion,” said Grozin, adding that Moscow favoured the current pro-Kremlin political regime in Kyrgyzstan. Tashkent was well aware of this, he added.

At the same time, added Juraev,  “despite the difficult personalities of the Uzbek leader and his circle, Russia is trying to build partner relations [in Central Asia] without irritating the Uzbek side, and it considers Uzbek interests, including the hydro-energy sphere”.

“The Kremlin values its relations with Tashkent at times even more than it does those with Bishkek and [the Kyrgyz] shouldn’t be deluded about that,” he continued.

In this context, the regional security pact was unlikely to take action to protect Kyrgyzstan from Uzbekistan.

“The only thing CSTO can do in this situation is to serve as a mediator,” Juraev concluded.

This publication was produced under two IWPR projects, Investigative Journalism to Promote Democratic Reform, funded by the European Union; and Strengthening Capacities, Bridging Divides in Central Asia, funded by the Foreign Ministry of Norway."