US Focus on Fuel, Not Freedom in Turkmenistan

US Focus on Fuel, Not Freedom in Turkmenistan 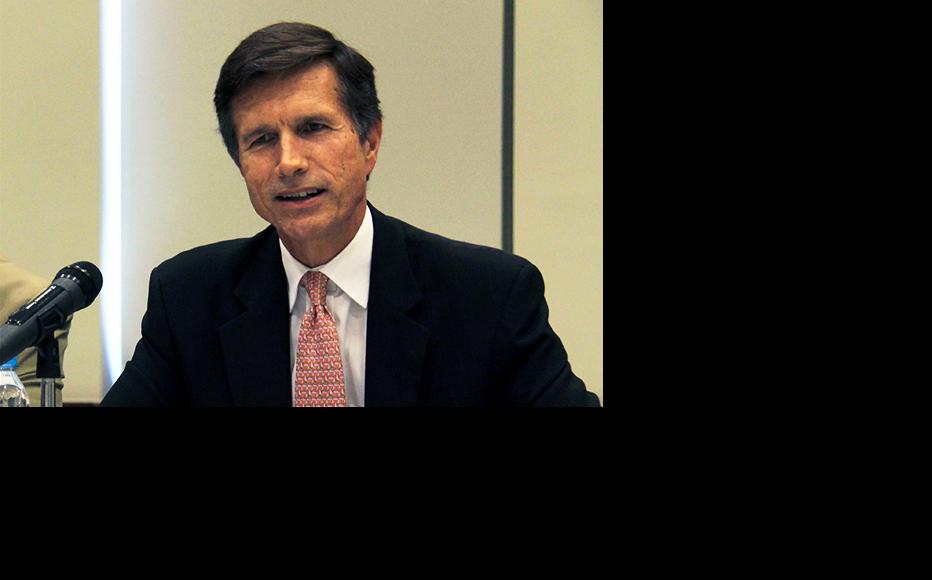 Assistant Secretary of State Robert Blake in Tashkent, August 2012. (Photo: IWPR)
The link has been copied

Human rights are unlikely to be high on the agenda when America’s top diplomat for Central Asia visits Turkmenistan on January 15.

Robert Blake, Assistant Secretary of State for South and Central Asian Affairs, will meet President Gurbanguly Berdymukhammedov as part of a regular cycle of annual meetings. Voice of America radio reports that Blake will talk about energy and other economic matters, regional security and human rights.

Turkmenistan has played an important role in assisting US-led operations in Afghanistan, allowing transport planes to overfly its territory and to land and refuel, and also supplying fuel to the Bagram airbase north of Kabul.

The Eurasianet news site discovered that Washington spent 820 million dollars on military resupplies in Turkmenistan last year, far more than in all the other Central States combined. Kyrgyzstan came second with 218 million dollars in US procurements.

Given Turkmenistan’s importance as a security partner, analysts fear that raising concerns about its dire record on political and civil rights will not be a major priority for the US assistant secretary’s talks in Ashgabat.

Nurmuhammed Khanamov, who heads the exiled opposition Republican Party from Vienna, predicts that “they will briefly touch on human rights and democracy issues, but as usual, this will be superficial and [purely] declaratory".

The authorities are likely to point to improvements like new legislation on the media, plans for an internet law, and the creation of a second political party. In reality, nothing has changed – there are no independent media, non-government groups cannot gain official recognition, and travel blacklists restrict people’s movement. The country continues to rank high on international rankings for the world’s most repressive states.

Turkmenistan
Diplomacy
Connect with us