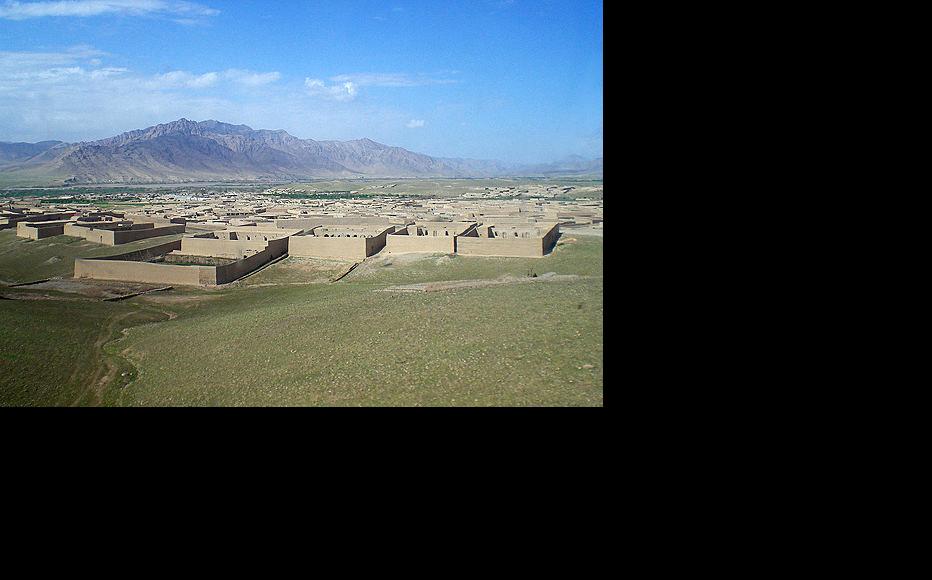 Farming communities in Oruzgan are struggling to earn a living. (Photo: Remko Tanis/Flickr)
The link has been copied

Farmers in Afghanistan’s central Uruzgan province are crying out for the government to provide sources of irrigation water, saying it has not lived up to its promises to build reservoirs.

Officials say they are exploring possible solutions, but lack the money to move forward on water provision or other issues like the shortage of pesticides and other farming inputs.

Nine out of ten people in Uruzgan, a mountainous area north of Helmand, are employed in agriculture, and many believe that if productivity was raised and road links improved, they could earn a good living by supplying other parts of the country.

With the river Uruzgan flowing through it, the province is not even short of water. The problem is that rainfall is limited to winter and spring, and there is no way of capturing and storing water for the summer growing season.

“We want the government to build dams for us, because we’ve got plenty of rainfall in winter,” he told IWPR. “If we build dams, our thousands of acres of land will be irrigated. I would say the government has paid no attention to this.”

Sawing off dead branches from his almond trees, Fida Mohammad said, “You can that half of our orchard is alive and some of the trees have even dried up. There’s no water, you know.”

He said the river provided adequate irrigation in past years, but water levels had fallen due to drought, so that he and his brother were now forced to run a generator to pump water from a deep well in an effort to keep their trees alive.

“We can’t cover these irrigation costs from the sales from our orchard,” he added. “We don’t know what to do.”

Abdul Kabir, who heads the water supply department for Uruzgan, said the only solution was to construct reservoirs, adding, “We’ve done surveys for four large dams and sent the information off to the [agriculture] ministry, but it hasn’t approved them yet.”

The head of the provincial agriculture department, Sardar Mohammad Aloko, said the authorities had no money to pay for new reservoirs and were seeking donor funding.

Local farmers also complain that they cannot get hold of seeds, fertiliser and pesticides.

“Agriculture department representatives have been here several times and left saying they would bring pesticides, but not only have they failed to bring them, I’ve never seen them back here,” Said Nazar, who runs a cereal crop farm and orchard with his four sons, said. “Government officials have been appointed to look after themselves. They put the money in their pockets, and make empty promises to the people.”

Aloko acknowledged the shortages of farming inputs, again blaming the lack of funds.

“Our farmers lack water, they don’t have fertilisers or improved seed varieties, and their crops suffer from disease but they don’t have chemicals [to treat them],” he said. “We have agricultural specialists, but we’re empty-handed – we don’t have the materials and or pesticides needed to address the farmers’ problems.”

The agriculture ministry sent a high-ranking delegation to assess the problems facing farmers in Uruzgan two months ago, and says it is now working on a strategy to improve things there.

According to ministry official Ahmad Feraidun, currently based in the province, “We are here to solve the agriculture department’s problems and to design a strategic plan for Uruzgan; we are studying the situation and we are going to implement numerous projects.”

Even if farms became more productive, there is no guarantee they would make money because local demand is limited and poor roads make it difficult to transport the surplus to markets elsewhere.

Farmers complain there just aren’t enough customers to buy up all their produce when it comes into season, so that they are forced to drop their prices or leave it to rot. Meanwhile, Pakistani vegetables are imported to Oruzgan out of season and sell at high prices.

As Aloko explained, “Uruzgan province only has one highway connecting it to Kandahar province. That road is in poor condition and isn’t good for transporting vegetables. That’s another reason why vegetables sell at depressed prices within the province.”

Farmer Abdullah added that since even current productivity levels outstripped local demand, “There’s no solution but to export to other provinces and countries, or to keep [produce] in cold storage.”

He added that many farmers were emigrating from Afghanistan or taking up other trades because they were unable to cover costs.

Uruzgan-based economist Asadullah accused the authorities of abandoning Afghanistan’s farmers after pressuring them to stop growing opium poppies, the source of most of the world’s heroin.

“The government only works to its own advantage and doesn’t care about the farmers. It asked farmers not to cultivate poppy, but now that they have planted other crops, it isn’t trying to find markets for them,” he said.

Pakistan, Afghanistan
Economy
Connect with us