Joining forces seen as step in right direction, but may not be enough to make opposition electable. 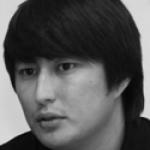 Joining forces seen as step in right direction, but may not be enough to make opposition electable.

A long-awaited merger between two leading opposition parties in Kazakstan has given rise to hopes of a more balanced and pluralist political system than now, when one pro-government group holds all the seats in parliament.

At the same time, some observers doubt that unification will be enough to create a force capable of ousting President Nursultan Nazarbaev’s Nur Otan party from power.

The merger between the Azat Party and the National Social Democratic Party, NSDP, was announced on October 13 by the two leaders, respectively Bulat Abilov and Jarmakhan Tuyakbay.

The new group will be called NSDP-Azat once the deal has been formalised at a party congress on October 24. Officials say the new party will have a combined membership of 400,000 people – an impressive figure, but only about half that claimed by Nur Otan.

Speaking at a press conference in the country’s commercial centre Almaty, Abilov insisted that the move was inspired by a desire to bring about real change, allowing the opposition to become more effective in addressing issues that Kazakstan’s current leaders had failed to deal with.

Abilov said NSDP-Azat was prepared to take on Nur Otan, and called on people to join his party in bringing about change before “we descend completely into totalitarianism”.

Azat’s deputy chairman, Petr Svoik, said the new force was meant to offer a credible democratic alternative in the next election, adding, “The current system has outlived its time in political, economic and above all moral terms, and now it represents a threat to the country’s future. We need to give the country the opportunity of developing.”

The next parliamentary election is scheduled for 2012, the same year that a presidential contest is due to be held. But there has been speculation for some time now that the government will announce an early election, possibly next year when Kazakstan holds the rotating chairmanship of the Organisation for Security and Cooperation in Europe, OSCE.

Some analysts believe the authorities are keen to create a two-party legislature to avoid embarrassment as chair of an organisation that supports democracy. However, many believe the president would prefer to see some tame, non-confrontational political force take up seats in parliament alongside Nur Otan members, rather than anything resembling real opposition.

In the past the authorities have blocked attempts to set up new opposition groups by delaying and obstructing the process under which they must apply for registration with the justice ministry. The plan is to get round that requirement by having Azat members join the NSDP, and use the latter’s existing registration as the legal foundation for the new group.

Tuyakbay said the leadership question might be resolved by having two joint chairmen.

This is only the latest in a long line of attempts to build a stronger opposition. Most recently, Azat and the NSDP came close to forming a united bloc with the Communist Party of Kazakstan and the Alga People’s Party in April, but nothing came of it. Ahead of the 2007 legislative polls, the NSDP and Naghyz Ak Jol (Azat’s previous name) merged briefly for tactical reasons, but failed to surmount the threshold needed to gain seats.

This time round, however, things could conceivably be different, if a substantial opposition force could capitalise on public discontent resulting from the impact of the economic crisis on Kazakstan.

Almaty-based political scientist Nikolay Kuzmin was optimistic, saying the new party would be able to compete with Nur Otan because there was a general desire for a change.

“If other political organisations are unable to propose a clear alternative to [government] policy, then naturally all hopes will be attached to NSDP-Azat alone,” he said.

Kuzmin predicted that Nur Otan would receive around 50 per cent of the vote in an election, and the rest would be split among other parties, so NSDP-Azat could count on 20 or 30 per cent.

Dosym Satpaev, the director of the Risk Assessment Group, agreed that the mood was against the current administration.

“There’s a growing number of people who are dissatisfied with the authorities’ policies,” he said.

He said a unified party stood a better chance of capitalising on public sentiment. In his words, “a clenched fist is stronger than an open hand”.

Even though Satpaev suggested NSDP-Azat could potentially capture 30 or 40 per cent of the vote in an election, he did not believe that would guarantee it seats in parliament.

The merger was received coldly by another opposition leader, Vladimir Kozlov of the Alga party. For more than four years, his party has been trying to register, but has been turned down repeatedly on minor technicalities.

“The opposition field has become smaller by one party,” he said. “And when the number of players gets smaller, it is bad.”

Yermuhamet Yertysbaev, an adviser to President Nazarbaev on political affairs, expressed doubt that the merger would strengthen the opposition overall.

Recalling previous failed attempts at coalition-building, Yertysbaev said it might be better if all four main opposition parties united.

“If, say, the unregistered Alga Party and the Communist Party with all its resources were to join this alliance, it would be a real force that could win up to 20 per cent [of the vote],” he said.

At the same time, Yertysbaev said people in Kazakstan had a history of having strong political leadership, which gave the incumbent president and his Nur Otan party an advantage.

Ultimately, he said, NSDP-Azat’s chances of getting into parliament would depend solely on its own performance.

Sanat Urnaliev is an independent journalist in Kazakstan.