Five years on from bloodshed, shiny new buildings belie an enduring sense of unease and mistrust between ethnic Kyrgyz and Uzbeks.

Five years on from bloodshed, shiny new buildings belie an enduring sense of unease and mistrust between ethnic Kyrgyz and Uzbeks. 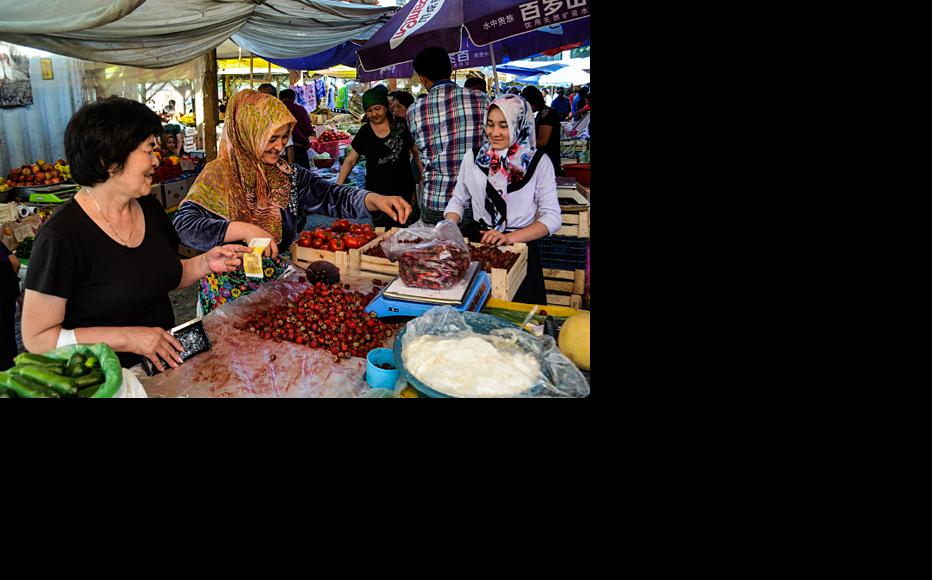 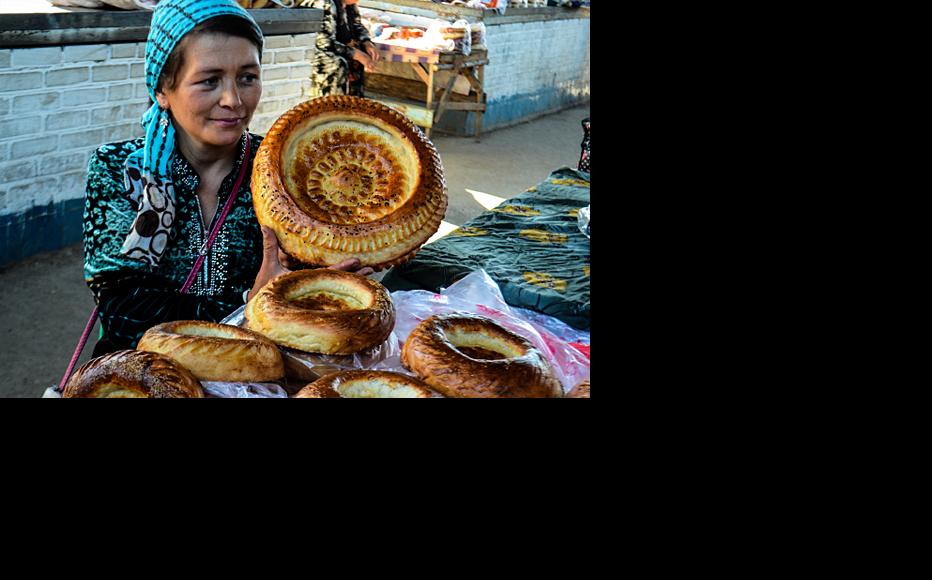 A new apartment block with Suleyman Mountain in the background. 2015. (Photo: Venera Sultanova) 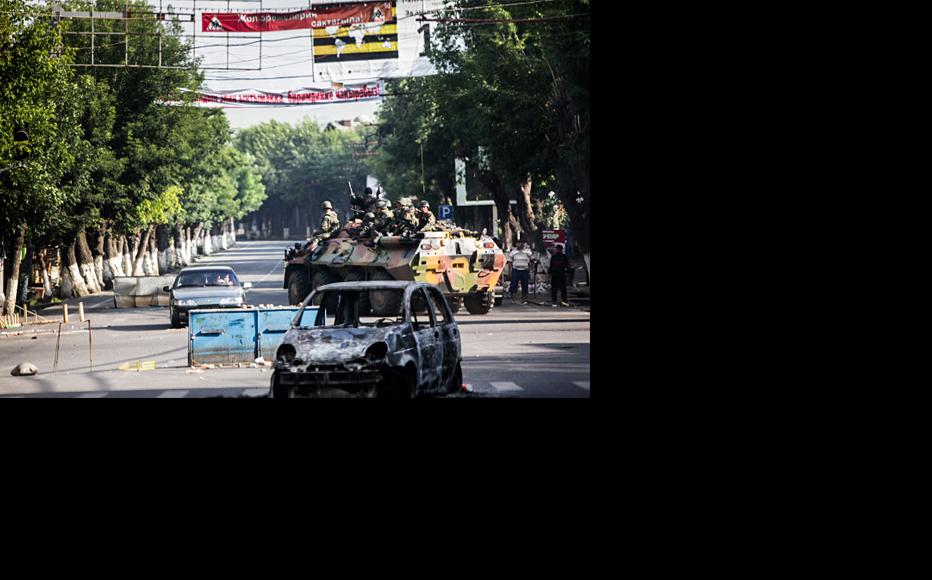 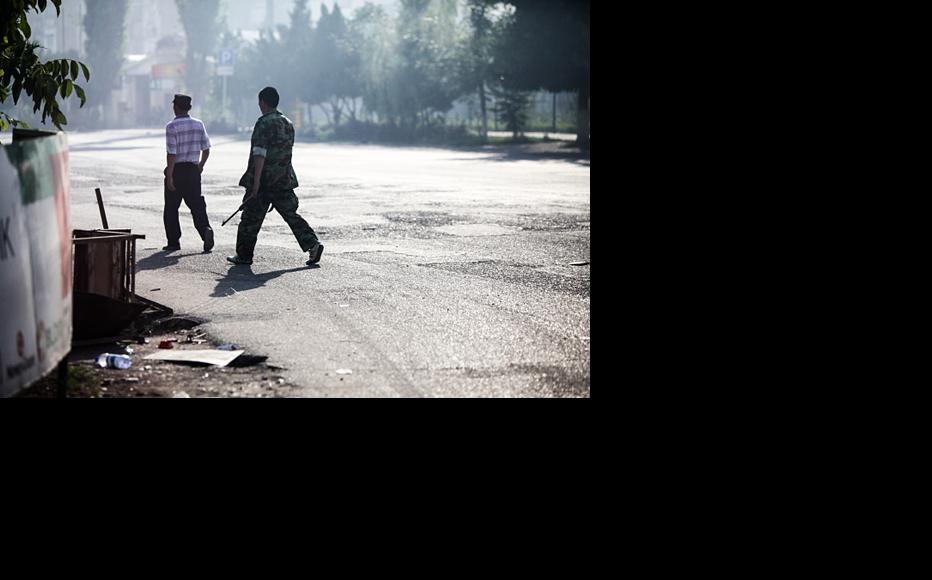 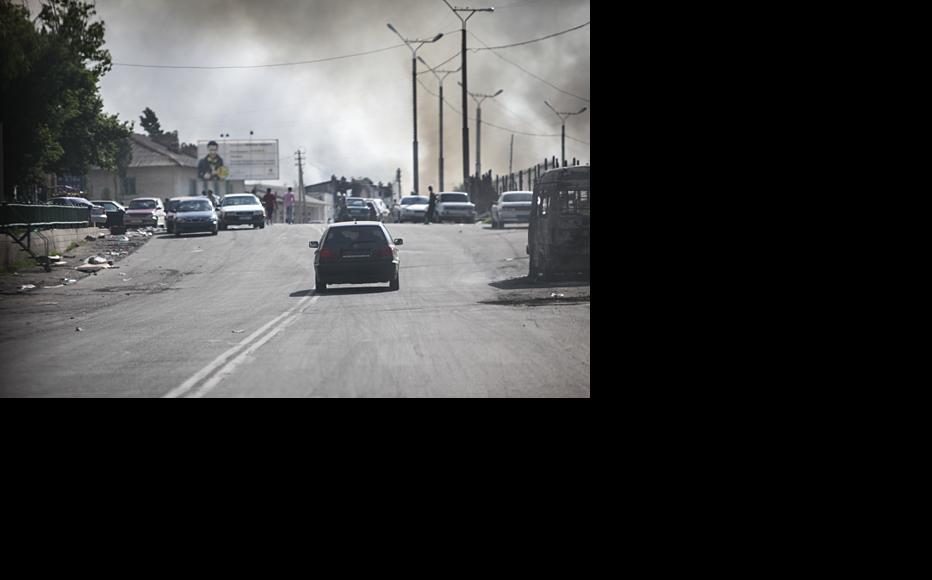 Pall of smoke from torched homes hangs over Osh. June 2010. (Photo: Inga Sikorskaya)
The link has been copied

Walk through the city of Osh today and you would never guess that it was the scene of ethnically-motivated mob violence and arson attacks on a massive scale five years ago.

These days, the city often called the “capital” of southern Kyrgyzstan boasts smart-looking multi-storey apartment blocks and up-market shopping malls, alongside older areas with their low-rise buildings and cafes serving green tea, kebabs and “laghman”, pasta with meat. The central bazaar is a focal point, abuzz with a clamour of Kyrgyz, Uzbek and Russian voices.

The businesses and homes torched and plundered by roving gangs in 2010 have been rebuilt or replaced. But if broken infrastructure is easily fixed, the bonds that hold communities together are harder to mend.

On the fifth anniversary of the bloodshed, the prevailing mood both on the streets of Osh and among officials seems to be deliberate amnesia rather than a determination to come to terms with an outbreak of violence that no one expected.

The gunfire continued uninterrupted and grew more intense as time passed. The next day, masked men appeared on the streets armed with sticks and guns. These lads covered their faces with kerchiefs so that only their eyes were showing.

“For many people, the violence ended on June 14, 2010, but for some, the consequences persist. Although many of those who left Osh right after the conflict have begun returning, the situation is still tense,” Zamira Isakova, an expert on politics and security affairs, told IWPR. “It’s too early to talk about a full restoration of trust between people, or of confidence in the authorities. But the south has made a kind of peace.”

Kyrgyz and Uzbeks, who speak related languages and share the same Muslim faith, have lived together in this area at the upper end of the Ferghana Valley for many centuries. In the 1920s, Soviet officials divided Central Asia into republics that found themselves independent countries in 1991. Kyrgyzstan emerged as the most liberal and progressive of the five new states, and did not experience either the civil conflict suffered by neighbouring Tajikistan, or the brutal repression of Uzbekistan and Turkmenistan.

In April 2010, the then president Kurmanbek Bakiev was driven from power in a popular uprising. Amidst the ensuing political turmoil, fighting broke out between ethnic Kyrgyz and Uzbeks in Osh early on June 11, spreading to neighbouring areas including Jalalabad. In the space of a few days, and largely within the first 48 hours, around 420 people died, 400,000 fled their homes, and thousands of commercial and residential buildings were looted and burned. (IWPR gathered eyewitness accounts of the chaos in the days that followed.)

Once order was restored, extensive restoration work began. Osh now has newly-paved streets and upgrades to the water and electricity networks that should mean that for the first time, they will work everywhere, all the time.

Establishing what actually happened has proved a lot harder. In the aftermath, many more Uzbeks than Kyrgyz were prosecuted and jailed, although the numbers showed that most of the dead were Uzbek. The government commissioned an international team of enquiry, only to dismiss many of its findings  – including that ethnic Uzbeks suffered disproportionately. Some politicians accused Uzbek nationalists of stirring up separatist feeling that led to the violence; others blamed shadowy “external forces”.

In the first two years after the violence, the south of Kyrgyzstan received a lot of investment. Now, though, there are few initiatives by government, the international community or local NGOs aimed at rebuilding relations at grassroots level.

Official rhetoric now focuses on the present, not the past, and the talk is of peace and harmony. There is little public discussion of what caused bloodshed on such a scale, still less of the risk of a repetition.

At national level, the government has made progress, notably with an “ethnic policy concept” approved in 2013, proposing a revised vision of nationhood focused on an inclusive Kyrgyzstan citizenship rather than on ethnic belonging.

On the local level, mistrust between communities is still evident, more so in Osh than in Jalalabad. Many Uzbeks in Osh prefer to remain within their own neighbourhoods and venture into the city centre only when they have to, making sure they are back home before nightfall. Among the city’s Kyrgyz residents, intolerance seems to be a feature of newcomers from the countryside rather than longstanding urban dwellers accustomed to living side by side with other groups.

“I think people are gradually starting to forget those tragic events and go back to the way relationships used to be. But it hasn’t got back to how it was before 2010,” said Umida Mirzabaeva, an Uzbek resident of Osh. She said efforts to stop younger people focusing on ethnic identity were working, although she noted that in mono-ethnic neighbourhoods there were still some adults who “pass on their resentment to their children, saying that this is what happened and they need to remember it”.

The resentment is fed by day-to-day discrimination. There is a perception, for example, that Kyrgyz traffic police often stop drivers just for being Uzbek.

“I try not to get hung up on the ethnic thing, but whenever I’ve been stopped, I have seen that it’s mostly Uzbeks getting pulled over by the traffic police. I’ve seen it in several locations and at different times,” one Osh resident told IWPR.

While local police insist all is well, they have been quick to crack down on anything liable to stir up trouble. In May, they detained three individuals suspected of distributing SMS and social media messages warning of clashes and unrest. The police went on a state of high alert, although they did not publicise this for fear of aggravating the situation.

Meeting concerned locals, Suyun Omurzakov, the chief of police for the city and the surrounding region, said “Osh is not a training ground for unrest. We will not allow that.”

After the violence, Kyrgyz nationalism became much more mainstream across the country than before. The Ata Jurt party, with a clear nationalist outlook, won a majority in the autumn 2010 election and spent the next year as part of a governing coalition.

“Unfortunately, ever since the tragic June violence, there has been a rise in nationalism in society, especially among young people. ‘Pseudo-patriotism’ based around love of a single nation is on the increase. It’s an alarming trend,” Ayjan Toktosheva, who heads an NGO called Youth of Osh, told IWPR.

In this traditionally tolerant society, ethnic slurs became almost acceptable. In a clip from state television posted on the internet, a well-known writer praises the Kyrgyz nation and uses derogatory language about other ethnic groups, comparing Uzbeks to animals. When Uzbek journalist Ulughbek Babakulov wrote about the issue recently, other journalists published unpleasant articles about him and called for him to be expelled from the country.

Isakova points out that although the government’s ethnic policy paper was designed to reduce the scope for conflict, it signally fails to deal with the elephant in the room – the position of the estimated one million Uzbeks concentrated in the south of the country.

“The fundamental mistake in the strategy for peacebuilding in southern Kyrgyzstan is that the underlying causes of these [violent] events have never been properly addressed,” she said. “So there is a huge risk of a repetition of these events.”

Part of the government’s strategy to improve relations involved creating reception areas in local government offices where anyone could turn up to complain, get information or ask for help. Announced in 2014, the initiative is not widely known among Osh residents.

Education, and the language it is conducted in, remains a vexed issue. The government’s ethnic policy paper proposes teaching everyone Kyrgyz, Russian and English, and allowing minorities to make choices about their own languages.

The effect, whether intended or not, is that Uzbek-medium teaching has declined significantly. School-leavers can no longer sit university admission tests in Uzbek, two universities that used Uzbek as the language of instruction have closed, and Uzbek-medium secondary schools are gradually changing to Kyrgyz.

An Uzbek man from Jalalabad’s Suzak district, who did not want to be named, told IWPR that his son was now unlikely to go to university because of the language barrier.

“This policy will eventually leave a whole generation of young Uzbeks without jobs,” Isakova commented.

A law requiring civil service applicants to sit a test in Kyrgyz is a further obstacle to Uzbek job-seekers. A school-leaver in Osh called Mansurali told IWPR, “I’m sure the best option for me is to go and work in Russia rather than look for a job here. Opportunities here are extremely limited. Leaving the country to earn a living is a common survival tactic among my peers.”

In urban areas, Uzbeks used to specialise in business, but many fled abroad in 2010, fearing for their lives as well as what was left of their property. They have been trickling back, but they keep a low profile and are uncertain about the future.

“Many Uzbeks have had to develop survival strategies by making over their assets to Kyrgyz in order to avoid accusations that they are ‘too wealthy’. But when you think about it, commerce is the only niche open to people with limited access to education and employment,” Isakova said.

Interviewed by IWPR, the mayor of Osh, Aytmamat Kadyrbaev, denied that Uzbek traders were under any threat.

“Many businessmen who left the city after the conflict have returned and re-established their businesses. That means that they have confidence, a mutual understanding,” he said. “If they felt they were subject to pressure or harassment, they wouldn’t be opening business ventures here.”

Kadyrbaev insists that things are getting better.

“Despite the criticism, we have achieved a lot in five years,” he said. “In 2010, many of those who fled the city doubted they would ever come back. However, five years on, many of them have returned and now live and work in the city. They feel better here, and that’s why they keep returning.”

But some residents say this emphasis on the positive paints over a lot of unresolved issues.

“We try not to go there. Everyone has a private opinion but keeps it private, so it remains a closed subject. Everyone is afraid of a repetition of conflict, and of saying or doing the wrong thing,” Osh housewife Myrzayim Janybek-Kyzy told IWPR. “Officials and the media are constantly telling us everything is fine. And we repeat after them – everything is fine. But in reality, everything cannot be fine all the time. We [Kyrgyz] have no idea what’s going on in the Uzbek community or what their issues are. So everyone lives in isolation.”

Timur Toktonaliev is IWPR’s Kyrgyzstan editor. Venera Sultanova is the pseudonym of a reporter based in Osh.