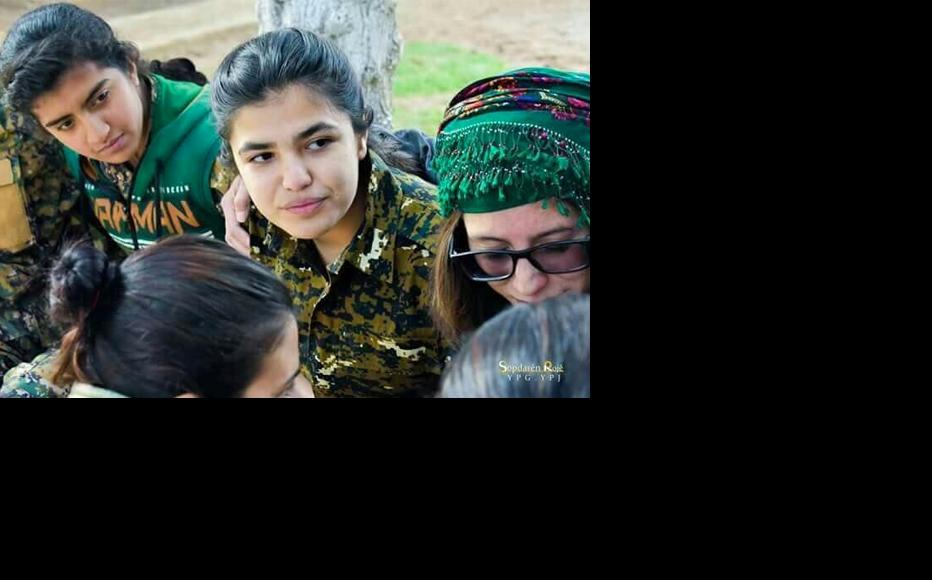 The case of a 12-year old Kurdish Syrian girl recruited to fight alongside local militias has highlighted ongoing concerns about the recruitment of child soldiers by Kurdish forces.

Avin Saroxan appeared on a Kurdish TV channel dressed in military uniform with a group of other underage girls in Deir ez-Zor, apparently all engaged in fighting against Islamic State forces.

According to eye-witnesses, Avin was last seen standing outside her school in the city of Darbassiye in al-Hasaka Rif before men believed to belong to the Democratic Union Party (PYD) took her to a black car and drove away.

Her parents contacted officials from the Kurdish Workers’ Party (PKK) who initially denied any knowledge of the incident. Later, they acknowledged that Avin had been sent to what they described as a political training course for one month.

“Asayish forces [the police force of the autonomous Kurdish cantons] kidnapped Avin in an act of revenge over an issue related to the marriage of her sister Amina,” Avin’s uncle Aram Saroxan told Syria Stories. “Those militias recently kidnapped several young girls from Darbassiye, all aged between 13 and 14 years-old, handed them weapons, and threw them into the frontline battles in Deir ez-Zor province.”

In 2014, the YPG signed a pledge to demobilize all its fighters aged under 18 within a month.

Although nearly 150 children were indeed demobilized, Human Rights Watch continued to document cases of under 18s joining and fighting with both the YPG and the YPJ, its female branch.

Media activist Juwan Remmo said that although the Kurdish militias claimed that there was no compulsory draft, they routinely recruited young teenagers to their ranks.

Kurdish journalist Raman Youssef said that the militias were a convenient and attractive destination for young runaways.

“The PKK is renowned for convincing people to join its ranks, particularly teenagers, and has always implemented this practice in all Kurdish regions. It also has special training camps to support and guide new recruits in the Rmeilan region. Tens of minors are sent there after being taken from their parents to receive special training for long periods of time,” Youssef said.

However, he said that reports of abductions were exaggerated.

“I do not buy into the stories that the PKK and the Asayish forcefully kidnap minors in broad daylight and take them to training camps,” Youssef continued. “There were cases where teenagers were sent to training camps because their families abused them, where under-aged girls were forced into marriage, or where they were forced into marrying men they did not wish to marry and into dropping out of school. These actions often ended with the suicide of some girls.”

The issue was, he said, that girls found it hard to extricate themselves once they had joined the ranks of the militias.

“After that they are isolated and all communications with their families are interrupted for a long time and even if they wanted to return to their parents, they would not be allowed to do so,” he concluded.

Modr al-Asaad, a human rights activist, said that the militias lured teenagers with a combination of threats and enticements.

“Numerous kidnappings of minors and underage girls to serve in militias have been conducted using a carrot-and-stick policy to the point where such practices became the norm in al-Hasaka province and all regions under the control of the PKK and its militias,” he said. “This is considered a legal and moral violation, as children should not be recruited and sent to fight in battles and wars. This is a war crime.”

“The number of children exposed to immediate danger is increasing significantly as a result of those kidnappings, as they are recruited by the PYD militia and usually tasked with carrying messages, being guards, informants, fighters or human shields,” al-Asaad continued.

Al-Asaad said that, in 2015, a group of 125 Syrian Kurdish activists and intellectuals signed a statement condemning the PYD policy of recruiting underage girls, which they described as a violation of international law. They stated that children should be in school and not on the frontline.

Recruitment had continued, he said adding, “International human rights law forbids all sides of the conflict from recruiting minors or using them in military operations, and it compels all sides to ensure the safety of civilians and grant them safe passage out of conflict zones,” he said.

Speaking Out: Women's Voices from Syria
Syria
Child soldiers, Conflict
Connect with us