The devastating effect of decades of neglect and corruption have been exacerbated by conflict.

The devastating effect of decades of neglect and corruption have been exacerbated by conflict. 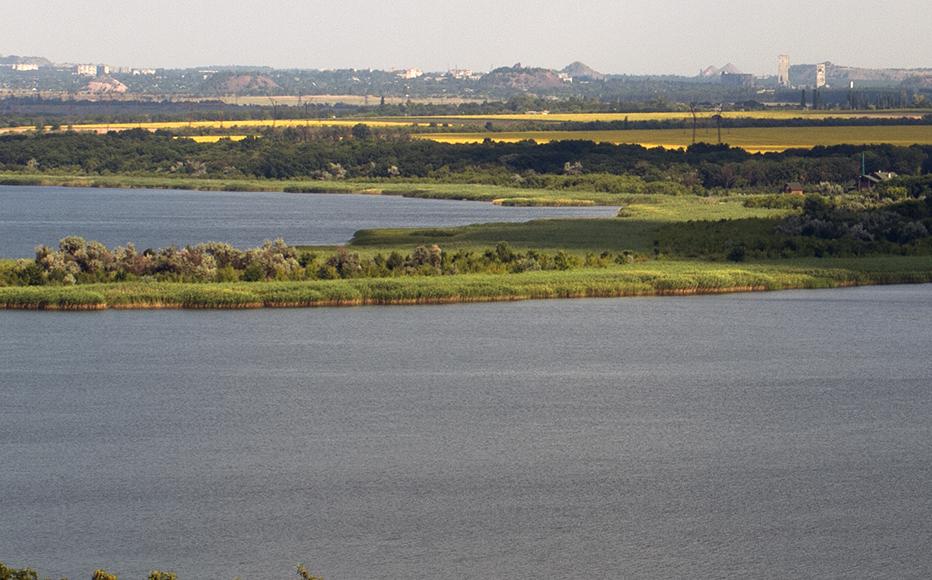 A view of the mines in the town of Toretsk in Donetsk region. If they were flooded, the river at the territory of the natural reservation Kleban-Byk would be contaminated. © Yulia Abibok
The link has been copied

When miners in the town of Antratsyt in the east of Ukraine decided to go on strike over unpaid wages in June 2020, they were met with a fierce response.

The authorities in the self-proclaimed Luhansk Peoples’ Republic quickly launched a clamp down that saw the imposition of a quarantine due to an alleged Covid-19 outbreak and internet access blocked.

The protest lasted for several days – with some miners going on hunger strike - and although salaries were eventually paid, dozens of protesters were arrested. Some were kept in custody for months.

Decades of neglect of Ukraine’s once vital coal-mining industry in the country’s east have had a devastating effect on both workers’ rights and the environment. The ongoing conflict with Russia, which has left many of these mines in conflict zones, has only exacerbated the issue.

There are 148 coal mines in Ukraine, 95 of them in areas outside the control of the Ukrainian government. According to the de facto minister of economy in Donetsk, the local coal industry accounts for more than 65 per cent of wages.

Out of 35 state-owned coal mines in the government-controlled part of the east and west of the country,19 are in the process of being dismantled. Corruption is endemic throughout the industry, while coal mining communities live in poverty, with crumbling infrastructure and no attempts at redevelopment or economic diversification.

In Donbas - the oldest coal mining region of the former Soviet Union where miners were once an elite enjoying high salaries and social benefits - almost all local mines are loss-making and rely on heavy subsidies to function.

Mining equipment is extremely outdated and the whole process is highly ineffective and dangerous. After the war in the east of Ukraine began in 2014, some mines within the self-proclaimed republics were hit by indiscriminate shelling and flooded, causing enormous damage to the environment in areas far beyond the war zone. Others were sealed because of the lack of resources to pump out flood water.

Non-payment of wages remains a persistent problem, in areas under rebel and government control alike, and there is much discussion of this issue on social media groups. In one, The Donbas Miners on VK, the popular Russian social network, there are constant enquiries about ways to access backdated wages. In January, people were still discussing how to obtain even part of what they earned in November or earlier.

There have also been strikes in areas under Kyiv’s authority. In the city of Pokrovsk, in the part of Donetsk under Ukrainian government control, miners have been protesting and setting up roadblocks for more than a year over persistently delayed payment.

Most Donbas mines were seized by Russians and pro-Russian rebels in late 2014 causing a sudden shortage of electricity in Ukraine, where some power stations had to be reequipped for gas and oil use instead of coal.

Due to the Covid-19 economic downturn and an unusually warm winter, demand for coal has decreased. The domestic coal and electric power market is open to cheaper Russian imports, so despite the Ukrainian 2017 trade ban regarding the self-proclaimed republics, it has been hard to sell coal from the remaining mines internally.

This in turn has increased potential dangers to workers and the environment.

Andriy Silych, the mayor of the coal mining Donetsk town of Vugledar, said that without coal revenue it was impossible to keep the mines safe.

Vugledar is a young town, and its mines are among those with potential. They contribute three-quarters of the town’s entire revenue, the mayor continued.

But throughout 2020, the mines were under constant threat of having their electricity supplies cut off because of this government failure to pay on time.

"The worst that could happen is happening," Silych said.

If the mine ventilators stopped working, he explained, highly explosive methane would concentrate in underground passages. And if pumps were to be disconnected, the mines would be irreparably flooded.

In November, Silych posted a public appeal on the municipal web page to the central authorities over the “chronic lack of payments for delivered coal”.

Some mines in the region are connected to each other by underground passages, and others are still close enough to be flooded if the neighbouring works are abandoned without water pumping.

In the Luhansk region, the town of Pervomaisk and its satellite Zolote are divided by the frontline but still connected underground. When the two Pervomaisk mines at the territory under control of the self-proclaimed Luhansk republic were flooded in 2018, so was the closest mine in Zolote.

Denis Shakhbasian, a human rights lawyer in Luhansk, told IWPR that the Zolote mine had to constantly pump water, adding, “If it stops pumping, the other mines will be flooded, they are like communicating vessels.”

Flooding brought with it catastrophic effects, he continued, including sinkhole collapses and soil and water pollution. The Seversky Donets, the region main river and its primary water supply, was already been severely polluted.

In spring 2020, efforts were launched to reorganise the industry in both statelets. The Ukrainian government presented its own framework for coal mining reform in October that year, which included the liquidation of some coal mines and the possible establishment of an integrated energy provider.

Germany, which has repeatedly advocated the transformation of the Ukrainian coal mining sector, has offered expertise and financial backing to do so.

Vugledar mayor Silych said that one of the first decisions the government should take is to close mines that are no longer viable.

"By supporting inefficient mines, they ruin those efficient ones,” he said.

Vugledar’s future also depends on wider issues. Ukraine is a part of the Paris Agreement on climate change, which means it needs to decarbonise its energy sector, reducing the economy’s carbon dioxide output. Silych, along the mayors of other towns in a similar situation, want the government to set out reliable plans for this process, as well as how they subsequently plan to revitalise local communities.

"In Germany, they lost about 60 per cent of the population in some towns as the result of decarbonisation,” Silych said. “I shudder to imagine how it would look like in Ukraine.

Giving Voice, Driving Change - from the Borderland to the Steppes
Ukraine
Diplomacy, Economy, Strikes
Connect with us