Ukraine’s Anti-Oligarch Law – Too Much or Too Little?

New bill aims to rein in ultra-rich, but some think it does not address the system empowering them.

Ukraine’s Anti-Oligarch Law – Too Much or Too Little?

New bill aims to rein in ultra-rich, but some think it does not address the system empowering them. 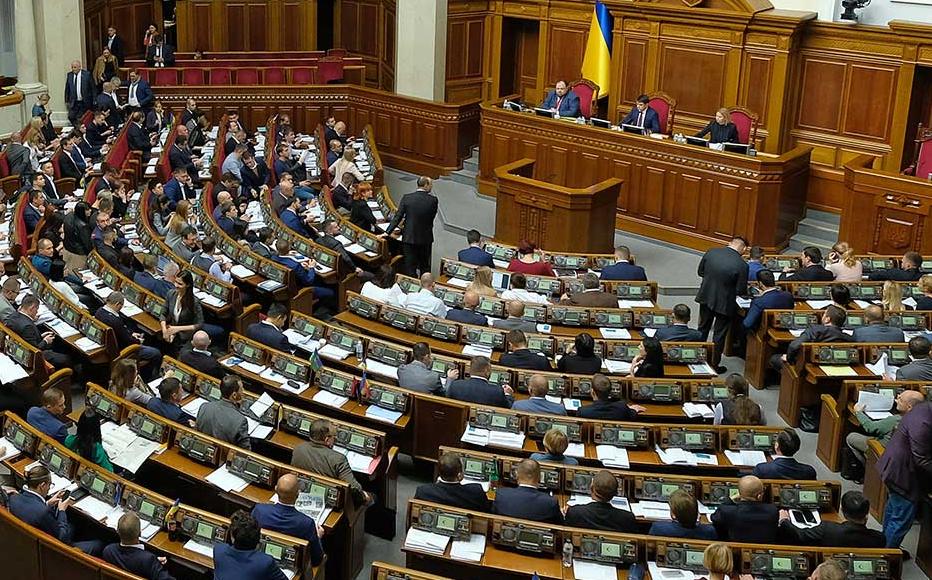 The Verkhovna Rada, Ukraine's Parliament, approved a bill aimed at limiting the influence of oligarchs on September 24, 2021. © Sean Gallup/Getty Images
The link has been copied

Ukraine’s recently adopted “de-oligarchisation” law has been hailed a ground-breaking measure to curb oligarchs’ influence on the country’s politics and economy. The bill, however, has not been immune to criticism – for some it goes too far, for others not far enough.

Ukraine's small number of oligarchs have built vast empires following the fall of the Soviet Union. Most bought state assets cheaply as they were privatised by Ukraine’s newly independent government, becoming ultra-wealthy overnight. They have been accused of hindering the country’s economic development and structural reforms through their control of the economy, while exerting huge influence through political parties and media.

The bill, initiated by President Volodymyr Zelensky as part of his pledge to eradicate corruption, defines an oligarch as an individual meeting three of four criteria: ownership of, or significant influence over, media outlets; control over a business monopoly; participation in political life or a net worth of UAH 2.4 billion (91 million US dollars) or more.  Ukraine’s National Security and Defence Council (NSDC) is tasked with compiling the list of people matching these criteria, who will be subject to restrictions including a ban on holding public office, funding political parties and taking part in privatisations. The bill also requires public officials to declare any dealings with oligarchs in the registry.

While Zelensky stated that “there will no longer be an oligarchic branch of power in Ukraine”, critics fear that the bill can be applied selectively and note that it targets individuals without fundamentally changing the system that enables them to exert power. The registry was slated to include 12 potential oligarchs, but the number was later increased to 40.

Veronika Movchan, who heads the Kyiv-based Institute for Economic Research and Policy Consulting think tank, maintains that a real anti-oligarch move should include judicial reform and strong anti- monopoly legislation.

“All of this is completely absent in Ukraine and, so far, there has been no noticeable improvement [in these areas],” Movchan told IWPR, adding that the bill poses specific risks.

“It will be rather unpleasant for oligarchs, but for public officials it can be much more dangerous. [They] are required to report every contact with oligarchs, there can always be found a reason to accuse someone of hiding such contacts or meetings,” she noted.

For political analyst Evgen Magda, media ownership is the only effective restriction – to be removed from the list, an oligarch has to sell his stakes in an outlet and the buyer must be a person with an “impeccable business reputation”. He warned, however, that this sort of media redistribution may end up favouring those close to the current government, like Rinat Akhmetov and Igor Kolomoisky, Ukraine’s richest businessmen.

“We have already seen the first results,” Magda said. “A number of TV channels, in particular those associated with oligarch Viktor Pinchuk, have dramatically changed their tone, covering the work of Zelensky more positively. But it is unlikely to have any large-scale consequences. Over the years, Ukrainian oligarchs have learned to bypass restrictions and most likely this norm will not become an unsolvable problem for them.”

Oleg Ustenko, an adviser to Zelensky, defends the bill stating that it will make it difficult for individuals to enrich themselves through exerting political influence.

“Yes, it is a framework document and still needs some work,” he said. “However, it provides additional tools which can be used against oligarchs in their attempts to create monopolies and use them for their own interests. And this would contribute to de-monopolisation and create better conditions for foreign investors to enter the country.”

He added that the law aims for a wider impact.

“[It] gives a signal that the money of those persons included in the list of oligarchs does not come from clean sources. It was obtained through the use of political leverage, when government decisions were made not in the interests of citizens, but in the interests of individual financial groups. This must be a signal to the entire world - and this is exactly what the oligarchs are afraid of, that their efforts to whitewash their reputation will be written off.”

The opposition claims that the law can be used as a political tool. European Solidarity, the party led by former president Petro Poroshenko, stated that “oligarchs are those who do not like [Zelensky] personally - and, of course, Poroshenko is in the first on this list”.

Poroshenko, who lost the presidential vote to Zelensky in 2019, controls two media channels and a confectionery empire - which has earned him the nickname of Chocolate King - and is one of the few ultra-rich people directly involved in politics.

Oleksiy Honcharenko, a lawmaker from European Solidarity, claims that Poroshenko is a primary target as the norms will hinder his political career. He also noted that tasking the NSDC to compile the list is the first step towards what he calls “a Russian or Belarusian scenario” of presidential control.

“[NSDC] members are personally appointed by the president. This means that Zelensky will be able to personally decide who an oligarch is,” Honcharenko said, adding that the apparently weak restrictions the law foresees should not be underestimated.

“If people swallow this move, then the norms can be tightened. For example, the president could obtain the right to remove oligarchs from an election campaign. This is exactly what Putin or Lukashenko started with,” Honcharenko said.

Magda sees the bill in less dramatic terms, while flagging its political intentions.

“Overall, [it] sends a clear signal to all people whose capital is over 100 million dollars,‘You are on the hook and you better be friends with the authorities.' However, its main goal is different – Volodymyr Zelensky is getting ready for a new presidential campaign. That is why he is so open with the media; he sends the right signals to the electorate. And besides, it is a demonstrative punishment of critics of this initiative allowing [him] to rearrange the presidential team and get rid of those who doubt the presidential course.”

Zelensky’s team started designing the legislation in early 2021, at a time when his popularity was slumping. A bill designed to clamp down on the ultra-rich reinvigorated his approval ratings and created an instrument for controlling oligarchs, especially those with political ambitions.

The process has not been an easy ride. Lawmakers have been under enormous pressure from oligarchs to vote it down, while the ruling Servant of the People party threatened the expulsion of parliamentarians who opposed it. The day before the vote, a top aide and long-time friend of Zelensky, Sergey Shefir, survived an assassination attempt, the first of a high-ranking official in modern Ukraine and one that many saw as a warning to the president.

Parliament’s speaker, Dmitry Razumkov, who has been accused of trying to block the bill, was dismissed after the law was voted. Razumkov had sent the draft law for review to the Venice Commission, a European Council advisory body on constitutional matters, which is expected to provide a legal opinion in December.