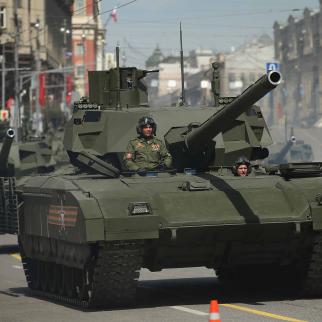 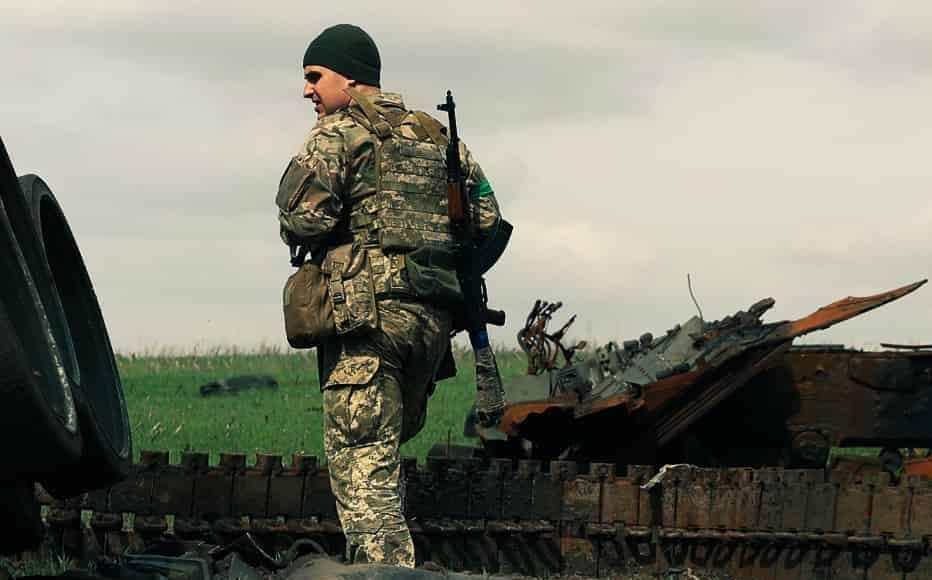 A Ukrainian soldier walks near a destroyed Russian tank in the village of Gusarovka, in Kharkiv region. © Anatoliy Stepanov
The link has been copied

As Russia resumes its ground offensive in the east of Ukraine after capturing the entire Luhansk region in early July, Ukrainian forces prepare to counter another all-out assault – albeit with fresh deliveries of advanced, longer range Western weapons.

Having gained control of the whole of the Luhansk region by July 3, Russian forces appear to have been allowed an operational pause before Russian defence minister Sergey Shoigu reportedly ordered an intensification of the offensive on July 15.

The Ukrainian general staff stated on July 14 that Russians had been concentrating forces in the north of Luhansk and Donetsk eastern regions and launching attacks on the towns of Siversk, Slovyansk and Soledar.

"Russia applies the firewall tactic, when they simply wipe out everything at a distance of 15 kilometres ahead and then move forward,” said Mykhailo Samus, deputy director on international affairs at the Kyiv-based Centre for Army, Conversion, and Disarmament Studies. “For this, they need a huge amount of manpower, artillery and ammunition which they concentrated specifically in Donbas."

The assault is currently much less intense than that of Russia’s previous push, during which their army - together with poorly armed and trained men forcefully mobilised in the self-proclaimed Luhansk and Donetsk republics - took around two months to capture the town of Severodonetsk in Luhansk region.

The forces then moved to its twin town of Lysychansk, widely considered to be the Ukrainian stronghold in the Luhansk region as it was situated on high ground and divided from Severodonetsk by a river.

But the Russian forces managed to force the Ukrainian army to withdraw after attacking the town from its most vulnerable southern direction.

Analysts deem the Russian victory to be more political than military, presuming that their forces had experienced heavy casualties.

“I think they lost thousands of men in that fight for Severodonetsk,” said Ukrainian military expert Roman Svytan.

The Ukrainian army had had two legitimate options during that battle, he continued – to withdraw so as to consolidate their front or to fight on, given the town’s strategic value as the location for a potential counteroffensive.

They chose the latter, he continued, adding, “The decision was to withdraw from both towns while the Russians thought that the Ukrainian side would fight in Lysychansk for every single kilometre and accumulated more forces there.”

Mykola Sungurovski, the director of military programmes at the Razumkov Centre think-tank in Kyiv, argued that President Vladimir Putin's goal to seize the Ukrainian eastern regions had cost the Russian command some of its southern positions.

“In order to carry out such an offensive barrage in the east of Ukraine, Russia had to take away part of its troops from other directions,” he told IWPR. “This is how the Ukrainian armed forces succeeded in the [southern] region of Kherson.”

These assumptions appear to be confirmed by Putin's order to allow Russian forces a rest period before ground assaults renewed in the east. The Washington-based Institute of the Study of War reported a “largely unsuccessful” series of “limited ground assaults” in the Donetsk region on July 15. Its analysts also concluded that the Russians had relaunched the assault before they could recover after the Severodonetsk-Lysychansk operation.

For the Russians, the occupation of the entire Donetsk region makes practical as well as political sense. For months, the region's main city of Donetsk, with a pre-war population of nearly a million - as well as the other cities and towns within the breakaway republic - has been without a centralised water supply.

While a huge hardship in itself, this will become a catastrophe if it continues through the next winter.

"Water for Donetsk had been pumped from Rayhorodok near Slovyansk," Svytan explained. "The water supply route starts near Slovyansk and runs through Chasiv Yar and Toretsk before it enters Horlivka, Donetsk, and then continues to the rest of the region up to Mariupol. They need to seize the entire conduit."

The pumping station has been damaged by shelling, and Donetsk separatist leader Denis Pushilin has claimed that the renewal of its supply would only be possible after Slovyansk was captured.

"It is a war for superiority in weapons and logistics."

In the east of Ukraine, escalation of the eight-year-old conflict started before Russia launched the full-scale invasion of Ukraine on February 24. On February 21, Moscow recognised the Donetsk and Luhansk "peoples' republics", which claimed the entire territories of the two respective Ukrainian regions still partly controlled by Kyiv.

Samus said that Putin’s plan had been to capture the area in a matter of days.

"Their primary task was the south," he told IWPR. "They planned to seize Mykolayiv at the first days of an invasion, to encircle Odesa, to connect occupied Crimea with occupied Transnistria by the land corridor and cut Ukraine from the sea. Now, all they are able to do is to linger in Donbas."

Experts believe that military conditions in Donetsk region are different from those in Luhansk. The river of Siverskiy Donets divides Slovyansk from the Russian-occupied areas in the east and north-east, and Ukrainian positions are much better fortified in the most urbanised region in Ukraine.

Yuriy Fyodorov, a Russian military expert currently based in Prague, predicted several months of fighting for Donetsk region with no immediately clear outcome.

"Two of the most sophisticated types of land offensives are an assault-crossing of a river and an onslaught on a city," Fyodorov told IWPR. "It requires the significant superiority of an attacking force and is fraught with big losses. The Russian army reaches its goals through the high concentration of fire. There is no sophistication of military art."

Kyiv has new military supplies from Western allies, including the precision-guided HIMARS rocket systems from the US and French Caesar artillery, although it remains much weaker than Russia in terms of quantities of soldiers, weapons, and ammunition.

However, experts argue that it receives much greater international as well as domestic support and is directed by military than rather political logic.

"It is not a war for control over a territory, it is a war for superiority in weapons and logistics," Samus said.

"Ukraine received powerful long-range weapons from the West when the Lugansk region was almost lost," he continued. "Now the Ukrainian armed forces are destroying ammunition depots, command and control stations, supply lines in the enemy's back land. This way, they are creating a kind of power balance.