Ukraine Rewrites its Russian Past 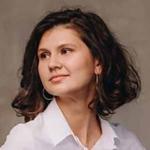 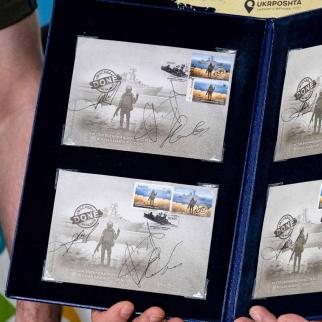 Ukrposhta has issued the final postage stamps of the "Russian warship..." series. © Ukrposhta

Commemorative item empowers for people to unite over the anxieties and victories of the war.

Ukraine Rewrites its Russian Past 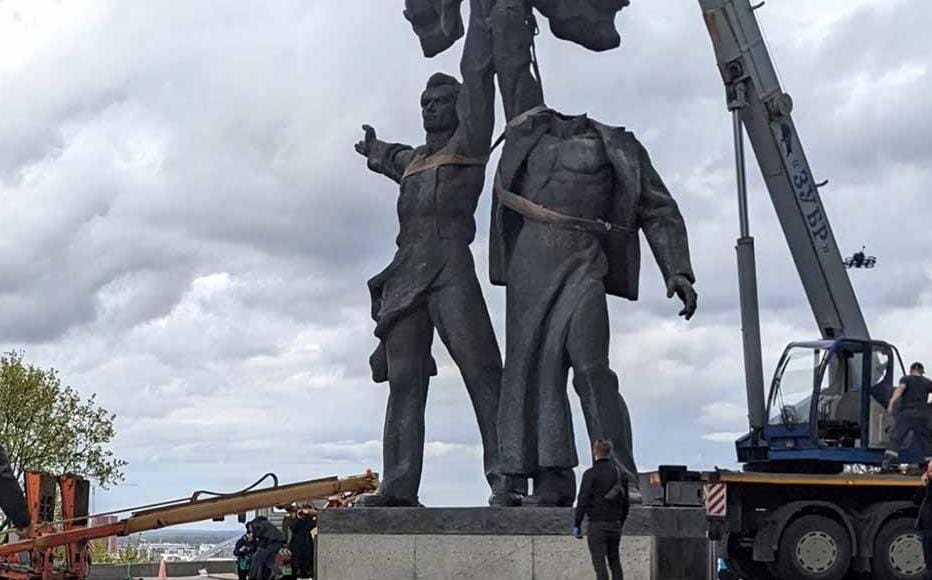 Dismantling of the Russia-Ukrainian friendship monument in Kyiv. © Andrii Udovychenko
The link has been copied

Yevheniia Lihodkina, a 28-year-old artist from Cherkasy, comes from a Ukrainian-speaking family but has always spoken Russian with most of her friends.

“It happened automatically,” she recalled. “I didn’t pay attention to the fact that our language space is filled with two languages.”

A month after Russia began its full-scale invasion of Ukraine, she switched to speaking only Ukrainian.

"I stopped thinking about the comfort of my companion and started speaking only Ukrainian. Let him or her switch to Ukrainian as well," Lihodkina continued.

Ukraine’s ongoing reconsideration of its use of Russian language, culture, and music has gathered new momentum after Russia’s full-scale invasion began on February 24 this year.

The process began in 2014 when Kyiv announced a process of “decommunisation” which included renaming public places named after communist-related themes, people, and subjects, as well as removing Soviet-era monuments.

The policy resulted in the ban of three Ukrainian communist parties and the renaming of dozens of villages, streets, and cities. For example, the city of Dnipropetrovsk was renamed Dnipro, and Kirovohrad was changed to Kropyvnystkii, in honour of a nineteenth century Ukrainian dramatist.

Since late February this year, the authorities have taken steps to remove more remnants of past Russian influence. In April, Kyiv authorities dismantled a sculpture representing the Soviet Union's Order of Friendship of Peoples, gifted to Ukraine by the Moscow in 1982. Online polls were held to rename to consult on the renaming of five Kyiv metro stations and more than 300 streets.

This latest push encompasses not only a rejection of the communist past, but also historical and imperial Russian influence on Ukraine.

Lihodkina said that her work had shifted in focus since the full-scale invasion, with a growing awareness, shared amongst her peers, that the historic influence of Russian culture had restricted the development of Ukrainian talent.

“Ukrainian artists recently created a flashmob where they portrayed fictional characters in vyshyvanka [traditional Ukrainian embroidery]in response to a Russian’s artist illustration of a character with the ribbon of Saint George that has become a symbol of Russia’s military actions,” explained Lihodkina, whose own work focuses on digital illustrations of horses, magical animals and fictional characters.

“Ukrainian artists are being bolder and began to oust Russian content,” she continued. “It is happening everywhere in culture. We don’t have any common future with Russian culture anymore. Russians steal everything [from our culture] and make it their own. It has lasted for too long and we didn’t realise that we have awesome artists.”

“Russians developed the image of Ukrainians as incapable of creating their own state, true culture and literature,” explained Rostyslav Semkiv, an associate professor of literature at the Kyiv-Mohyla Academy.

“They are [supposedly] very cheerful, kind, lazy people who live in the south, drink vodka, and eat salo [cured pork fat, a traditional local delicacy] and borscht. They cannot do anything themselves, they have to be ruled. And everything they can do, they did with Russia’s help.”

Semkiv said that the first stage of colonial influence was the coloniser creating such an image; the next was that the colonised acquire it themselves. Ukrainians had begun to see themselves this way due to the influence of such propaganda, a process that now was rapidly changing.

Ukraine’s parliament recently voted through two laws that will place severe restrictions on Russian books and music. The ministry of education also made a decision to exclude Russian literature from elementary and middle school.

Semkiv said that this was a wise move, adding, “Children think simply, you can’t convince them that good poetry comes from the same place where missiles fly from. They will protest. We won’t ban them for centuries, but there has to be a moratorium. In a perfect scenario, it should last until there is justice.”

Russia’s invasion, he continued, had left Ukrainians so traumatised that it was better to remove its associated cultural symbols, at least temporarily.

“Monuments to Russian classic author Aleksandr Pushkin are everywhere... They stood as a symbol of ‘here is Russian culture,’” he continued. “They are treated as symbols of the empire. There are plenty of activists who will just smash these monuments, so the authorities are trying to control people’s rage.”

“The business language is Russian and no one doubted it,” Chernyavskii said. “I have been in the advertising business for eight years and met only one top Ukrainian entrepreneur who spoke Ukrainian.”

This too was rapidly changing, as well as a general rebranding away from links to Russia or Belarus, which has actively supported the invasion.

Companies broke contracts with Russian agents or publicly announced that they would refuse to do business with Russian or Belarussian clients. Ukrainian brands had also strengthened nationalistic symbolism in their communications, Chernyavskii said.

As an example, he pointed to the Ukrainian ice cream brand Belaya Byaroza (White Birch), which for nearly ten years had advertised using Belorussian milk and butter in their product, a hangover from the Soviet era when the country had a reputation for producing extra high quality products.

“Belaya Byaroza produced an ice cream with a Belorussian brand vibe after the invasion started,” Chernyavskii continued. “I was about to create a scandal because of this, but then they made a banner where the brand got a Ukrainian version of the name.”

Another issue, noted Chernyavskii, was a paucity of unique Ukrainian brand identities. With national culture devalued and suppressed during the communist era, it was often considered more attractive to create westernised instead of Ukrainian brands or artwork.

“A friend of mine asked an illustrator to create a minimalist art for coffee cups that would have looked nice on Instagram,” he continued. “I paid 30 US dollars to artists at the National Museum of Ukrainian Pottery in Opishne and they created a paper cup design in a traditional Ukrainian decorative painting style – Opishnya painting. Opishnya painting style is used in ceramics and pottery, but the visual style is versatile enough to be painted anywhere.”

This was an original, authentic concept, Chernyavskii explained, but “requires a lot of explaining to people who don’t know how modern creative industries work”.

Experts acknowledge that it is not possible or desirable to permanently exclude centuries of Russian influence and interaction with Ukrainian language and culture. Semkiv said that the extreme nature of the current situation meant art, music and literature had become part of the conflict.

“It’s not the question of aesthetics now, it’s political and ideological,” he continued. “We can’t hold [Russian books and art] into our hands because it is toxic. But after time passes we will think it through again and make something out of it.