The detention of key Putin associate may expedite a wider ban on blocs close to the Kremlin.

How Media in Belarus and Russia Joined the Information Battlefield

Both countries have been flooded with incitement alongside deliberate confusion between fiction and historical facts.

The detention of key Putin associate may expedite a wider ban on blocs close to the Kremlin. 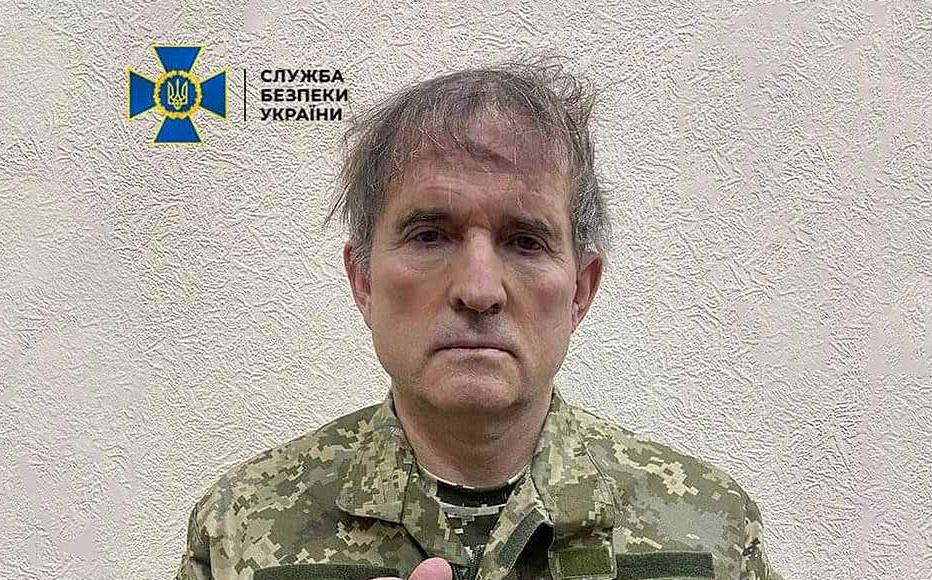 Viktor Medvechuk, leader of the pro-Russian party Opposition Platform - For Life, was arrested in western Ukraine on 12 April after weeks on the run. © Ukrainian Security Service (SBU)
The link has been copied

The arrest of Viktor Medvedchuk, seen as Russian President Putin’s closest ally in Ukraine, may simplify the procedure to outlaw pro-Kremlin political forces as Kyiv continues to battle invasion.

Images of the leader of the pro-Russian political party Opposition Platform – For Life, broadcast after his capture on April 12 following weeks on the run, showed him handcuffed, dishevelled and wearing a Ukrainian army uniform.

Medvechuk was captured in western Ukraine, possibly on his way to Transnistria, Moldova’s breakaway region where about 2,000 Russian troops are stationed. The SBU alleged that he collaborated with Russian security services in his attempt to flee the country after he was placed on house arrest in January.

On March 20, President Volodymyr Zelenskyy’s government suspended 11 Ukrainian political parties citing their alleged “links with Russia”. Most of them were small and largely insignificant apart from Medvechuk’s party, which came second in the 2019 parliamentary elections and secured 44 of the 450 seats in the Verkhovna Rada, Ukraine’s parliament. The list, compiled by the national security and defence council (NSDC) also includes Nashi (Ours), the entity led by media entrepreneur Yevheniy Murayev. Before Russia invaded Ukraine, British intelligence warned that Murayev was the Kremlin’s pick for a puppet regime it planned to install.

The suspension is valid as long as martial law remains in force in Ukraine. Some of the suspended parties announced they would appeal in court, but on April 1 parliament approved the first reading of a draft law to ban pro-Russian entities.

The bill is likely to pass its second reading; supporters maintain that if a ban had been adopted in 2014, a Russian invasion of Ukraine would have been unlikely.

"The survival of the state is at stake.”

After the Maidan uprising against pro-Russian rule, Ukraine decided not to outlaw entities close to the Kremlin. The main target of any ban would have been the Party of Regions, the pro-Russia faction which dominated Ukraine’s political life between 2006 and 2014 and largely seen as the enabler of the annexation of Crimea and separatism in eastern Ukraine. The then-government partly feared a negative response from Western allies and there was also the assumption that the entity would fade from political life.

Instead, Ukraine introduced a ten-year moratorium on government positions for associates of former president Viktor Yanukovych.

Analysts warned that this approach was short-sighted. Although the Party of Regions dissolved, most members re-appeared in parliament in Medvechuk’ Opposition Platform, which for years actively promoted the policies of Russia and Putin, godfather of Medvechuk’s youngest daughter.

“The situation [today] is significantly different from 2014. Now there are no doubts that pro-Russian forces are nothing but the active or potential collaborators with the aggressor state,” political scientist Evgen Magda told IWPR.

Announcing the March 20 suspension, Zelensky stated that “the activities of the politicians aimed at division or collusion will not succeed but will receive a harsh response”. He added that the NSDC’s decision was due to the propagation of “war propaganda, calls for a change of the constitutional order, threats of violation of sovereignty, as well as collaborationism”.

Zelensky proposed swapping Medvedchuk for prisoners of war being held by Russian forces, an offer a Kremlin spokesman rejected because “Medvedchuk is not a Russian citizen and has nothing to do with the special military operation [in Ukraine]”.

Some experts have expressed about the ban’s legal basis.

Vitaliy Vlasyuk, managing partner of the ePravo law firm, said that in its current version the bill on pro-Russian parties was legally dubious, since “freedom of opinion is protected by the Ukrainian constitution and cannot be restricted.”

“Officials from the ministry of justice …are aware of the risks, the decision might be challenged,” he told IWPR. “The ban, however, is needed here and now. And the government is ready to take these risks, since the survival of the state is at stake.”

The ministry of justice stated that it would defend the ban in case of challenges in the constitutional court or in the European Court of Human Rights.

“[It] is needed to ensure the country’s security. We are ready to prove that it is not about the right of individuals to express their views, but about public good – the right to security, which these parties undermine with their activities,” said Victoria Kolomiets, deputy minister of justice for European integration.

Lawmakers from the Opposition Platform for Life are considered allies in areas occupied by the Russians, and its local representatives are participating in the establishment of so-called new administrations. Some of its members of parliament have reportedly left Ukraine and moved to Russia.

“Pro-Russian parties are not just parties; they are social movements."

The ban would also be only an initial step in taking action against pro-Russian activism.  A legal ban on the registration of parties would not mean that politicians lost their mandates or prevent them from creating new parties, formally neutral but with implicit support for pro-Kremlin policies.

“Such a law would allow the achievement of the tactical task, which is the disbandment of the Opposition Platform for Life Party, but we cannot be certain that it will serve as protection against new attempts to create pro-Russian parties and movements,” Mikhail Gonchar, president of the Centre for Global Studies Strategy XXI, told IWPR. He added that the ban would at least allow Ukraine to buy time and eventually adopt a new bill based on stronger arguments.

Gonchar argued that the bill should follow the same path as that concerning the Communist party, which was outlawed in 2014 after its ideology was banned.

“We are dealing with the Putinism ideology, [and its] idea of the Russian world and the unity of Russians and Ukrainians. If we ban this ideology, like Nazism and Communism, it will simplify the banning of those political forces that promote such ideology,” he continued.

Medvedchuk’s arrest could play a key part in this, Gonchar continued, adding, “His interrogations will add some more evidence that the fact that the cooperation with the Russian Federation was institutional. Given that Medvedchuk is the only Ukrainian politician who is so close to Putin, his testimony may be critical in the fight against the ‘fifth column’.”

Magda said that events had vindicated Ukraine’s recent approach to pro-Russian bodies, and warned that a broader discussion would be needed after the end of the war.

“Pro-Russian parties are not just parties; they are social movements and [close to] the Russian Orthodox Church. It is necessary to decide what to do with all of them,” he said. “We were criticised for banning Russian TV channels and social networks in 2016 and 2017. Years on, such moves have become the norm for Western countries. We must remember it as proof that we were right then and we are doing the right thing now.