Burial service for unidentified bodies in Bucha on August 17, 2022. Russian forces occupied Bucha for the first month of its assault on Ukraine, before abandoning its plan to seize the Ukrainian capital. © Alexey Furman/Getty Images

Ukraine: How Propaganda Can Incite Genocide

There is a strong case to be made for bringing charges against Russian propagandists for one of the most serious of international crimes.

Burial service for unidentified bodies in Bucha on August 17, 2022. Russian forces occupied Bucha for the first month of its assault on Ukraine, before abandoning its plan to seize the Ukrainian capital. © Alexey Furman/Getty Images
The link has been copied 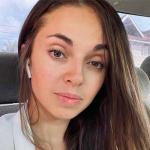 Not all crimes are committed on the battlefield; some are carried out thousands of miles away. This includes one of the most serious international crimes, incitement to genocide.

Words can be especially powerful in an era of social media, with fake news proliferating online. Russia has distinguished itself as a leader in this sphere, and in Ukraine has excelled its previous standards.

Russian media was flooded with hate speech against Ukrainians long before its full-scale invasion began on February 24, 2022, but the rhetoric has worsened to the point where there is a strong case to be made for bringing charges against Russian propagandists for direct and public incitement to genocide.

This architecture of propaganda is not new. Hate speech has been an intrinsic part of the process to inflict inconceivable cruelty on millions of innocents on many previous occasions. It was an integral part of the tools used during the Holocaust, the war in the former Yugoslavia and in Rwanda.

Nevertheless, not every message that incites hatred and murder constitutes a criminal offence under international law. In order to collect evidence and prove guilt, it is necessary to analyse statements according to very clear indicators.

"Direct and public incitement to commit genocide,” as defined by 1948 convention on this crime’s prevention and punishment, constitutes a small and strictly determined part of the wider phenomenon of propaganda.

The content has to be aimed at destroying the group as such, the public character and direct nature of the incitement have to be determined, and intent and context have to be taken into account.

It is important to note that incitement to genocide, as a so-called inchoate offence, is a crime in itself. Genocide de facto does not have to be proved, although charges have never been brought in an international court without such violence having occurred.

The threshold for proving incitement to genocide is very high. One of the main challenges for Ukraine will be proving that statements were aimed specifically at the destruction of the Ukrainians as a nation as such, not at the elimination of supporters of a particular ideology. Only four categories are covered by the genocide convention: racial, ethnic, national and religious groups. All others, such as political, cultural and gender-related groups, are covered by crimes against humanity.

The Rwandan precedents provide examples of how propagandists can "create a special state of mind" and "inflame heads" with such techniques as dehumanisation and blurring the boundaries between combatants and civilians. Russian manipulation has been both historical – denying the right of the Ukrainian nation to exist – and religious, by portraying the war as a sacred duty.

Incitement has to be understood by the audience as a call to "destroy the group" and clearly understandable as such to its intended audience.

This appeal can be direct and yet covert. For example, in Rwanda the commonly-used phrase “cut the tall trees” was a reference to the tall stature of the Tutsis. In 1994 just in 100 days approximately 800,000 Tutsis and Hutus who supported them      were killed by Hutu militia.

Context plays a key role here. Outside of Rwanda the call to cut down “tall trees” would not have registered in the same way. Therefore, when collecting evidence, not only legal but also psycholinguistic analysis is important to define how clearly the audience understood the statement. It is also necessary to analyse how realistic and immediate the risk of genocide might be.

The call must also be public, with unlimited audience access. For example, if the genocidal statement was made at a conference to invited guests, or in a closed Telegram channel, this does not constitute a crime of incitement to genocide. The size of the audience does not matter; it could be a blogger with 200 followers or a writer whose article was read by several million people.

Intent is the most difficult to prove. Objective criteria is needed, essentially the context and the content of the statements. For instance, if during the war one calls to kill Ukrainian children so that the Ukrainian nation ceases to exist, the intent is clear.

We should not be too idealistic about who can be brought to justice. No legal system has the resources to imprison every blogger with 100 followers. It is important to be strategic and identify priorities.

But there is a real opportunity to make journalists, politicians, media owners and religious figures accountable by using the Ukrainian court system, universal jurisdiction and the long reach of the International Criminal Court (ICC).

Currently, two non-profit organisations – the Ukrainian Legal Advisory Group and the Crimean Human Rights Group – are working together on the collection of relevant evidence from the Russian news media. I am the co-initiator and coordinator of this project.

Initially, a specially developed chatbot searches for propaganda, then monitors and filters the legally relevant information. For this purpose, we developed an algorithm on how to find the appropriate evidence using OSINT tools. Then a lawyer and a psycholinguist check the information collected and put it into a special archive that preserves all the necessary metadata so the content can be potentially used as evidence.

It is imperative that we learn from previous conflicts. After Rwanda, the focus of the international community was drawn to the dissemination of hatred through the media. Romeo Dallaire, who led the UN peacekeeping mission in Rwanda during the genocide, said, “I still believe it would have made a significant difference if we had had the capacity to monitor local media comprehensively from the outset”.

Genocides do not happen suddenly. They are built on solid foundations of hatred. Propaganda and incitement prepare the ground for this most heinous of crimes, and we ignore it at our peril.

Anna Vyshniakova is a lawyer specialising in international criminal law.