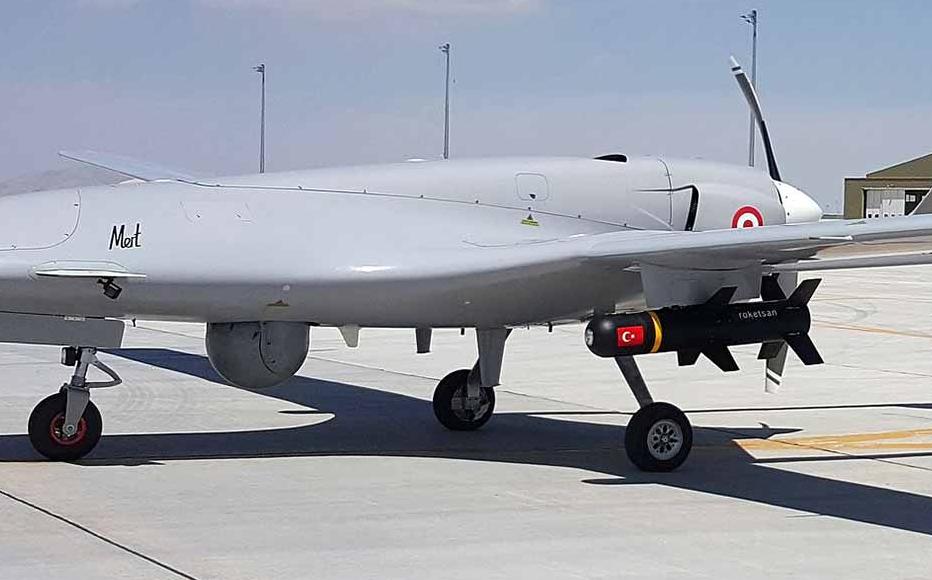 Tetiana Budenko did not hesitate when Serhiy Prytula, a well-known Ukrainian TV personality, contacted her and asked if she would  contribute to his crowdfunding plans to buy war drones for Ukraine’s armed forces.

“One day I will tell my daughter Nastya that I also contributed to the victory [of Ukraine over Russia],” the 39-year-old journalist told IWPR. “Prytula is known in Ukraine, he has long been helping the army through his charity, so I entrusted him with my money.”

Ukrainians far and wide have raised money to support their country’s armed forces since Russia launched its full-scale invasion in February. Prytula’s initiative went further: on his radar were three Bayraktar TB2, the eponymous combat unmanned aerial vehicle (UAVs) of Turkish production, which have been key to Ukrainian strikes on Russian armoured vehicles and tanks.

The catch: each cost five million US dollars. With real incomes falling by 25 per cent since the beginning of the invasion, according to the National Bank of Ukraine, the campaign was a hard call for Ukrainians.

Prytula’s idea was not the first initiative of its kind; the Lithuanians set the ball in motion. At the end of May, Andrius Tapinas, a 45-year-old TV presenter and founder of Laisvės TV, announced a five million dollar fundraiser to buy a combat “bird” to support the Ukrainian military. Cash flowed in at unexpected speed: children broke into their piggy-banks, pensioners donated their monthly allowances, households made space in their budgets. The target was reached in three and-a-half days.

And once it learnt about the initiative, the Turkish manufacturer Baykar announced that it would give the drone to Lithuania for free.

“This is a fantastic result for all of us, ” Tapinas stated. The collected funds went to purchase equipment for the UAV as well as medical supplies for the hospital in Cherkasy where Ukrainian military are treated. Three advanced Estonian drones were also purchased for intelligence gathering.

Once again, the Turkish producer offered the Ukrainian army four drones for free.

People’s willingness to contribute towards the purchase of such expensive devices, despite the change in their own circumstances, comes as no surprise to sociologists. According to Lubomyr Mysiv, deputy director of the Rating Group Ukraine research organisation, over 90 per cent of Ukrainians believe in victory and are ready to accept wartime deprivations.

“Every second Ukrainian is ready to help the army,” he told IWPR.

The UAV is no longer confined to military ranks: Bayraktar has become a household name in Ukraine. Babies and pets are being named after the drone; Russian Radio in Ukraine changed its name to Radio Bayraktar, and a patriotic expletive-strewn hit song that mocks Russian troops has the chorus, “Bayraktar, Bayraktar.”

As part of the agreement, ICEYE will transfer full capabilities of one of its SAR satellites already in orbit over the region for Ukraine’s use. The SAR satellite will be operated by ICEYE and the firm will provide access to its constellation of SAR satellites, allowing the Ukrainian army to receive imagery on critical locations with a high revisit frequency.

Similar initiatives have mushroomed, with various level of success. In Poland, 42-year-old journalist Sławomir Sierakowski began a fundraiser on July 4. In less than a month, he reached his target of 22.5 million zloty (5.5 million dollars), with Belarus citizens living in Poland amongst the donors. Once again, the Turkish producer said that it would give Poland a drone for free, leading Sierakowski free to use the funds humanitarian purposes.

In Latvia, a Bayraktar campaign launched on August 16 raised nearly 800,000 dollars as of September 5.

However, not all efforts have met with similar success. On July 18, Bengt Eric Waldow, a Norwegian lawyer, announced a Bayraktar fundraiser for Ukraine on Spleis, Norway’s largest donation-based public financing site.

The platform subsequently blocked it, stating that it could not support fundraising for a weapon, and returned the 500,000 krone already collected (50,000 dollars) back to the donors.

UhelpUkraine, a public organisation of Ukrainian-Canadian volunteers, began an initiative on July 19 to raise seven million Canadian dollars (about five million dollars) by August 24, Ukrainian independence day. However, as of September 5, little more than 100,000 dollars had been collected.

The military significance of the Bayraktar TB2 combat drone is clear. With a flight range of 150 kilometres, it is capable of carrying four guided munitions and can stay in the air for 12 to 24 hours, enabling quick strikes on the enemy at short notice.

“The Bayraktar proved its effectiveness during the military conflict between Azerbaijan and Armenia in Nagorno-Karabakh,” Mykhailo Zhyrokhov, a Ukrainian military expert and historian, told IWPR, adding that it had previously been used in Libya and Syria. “In Ukraine, the Bayraktar has a powerful media component; the ministry of defence in Ukraine demonstrated several videos of its effective use.”

This had made the Bayraktar “a symbol of the defeat of Russia,” Zhyrokhov concluded.

Vasyl Yurchyshyn, the 67-year-old director of the economic and social programmes of the Razumkov Centre think tank, went further.

“Many people understand that helping the army, including buying expensive drones, is the only chance to save the country and the family,” he says. “For these purposes, people are ready to give the last, are ready to self-sacrifice.”

Although not the most hi-tech drone on the market, the Bayraktar is on average 30 per cent cheaper than more advanced combat drones produced in the US or Israel. The Ukrainian military has used it as a reconnaissance device and a missile fire spotter, since it has powerful optics.

Ukraine barely uses other drones, Zhyrokhov said, although the US had handed over 100 Switchblade 300 kamikaze drones. The more efficient Switchblade 600, which can destroy enemy equipment, had not yet been supplied.

The drone’s success has prompted the question of why Russia has not also armed itself with Bayraktars.

However, the drones’ producers care about who purchases and uses them. Baykar executive director Haluk Bayraktar made it clear on CNN that he “supports Ukraine in its fight for sovereignty and independence”.