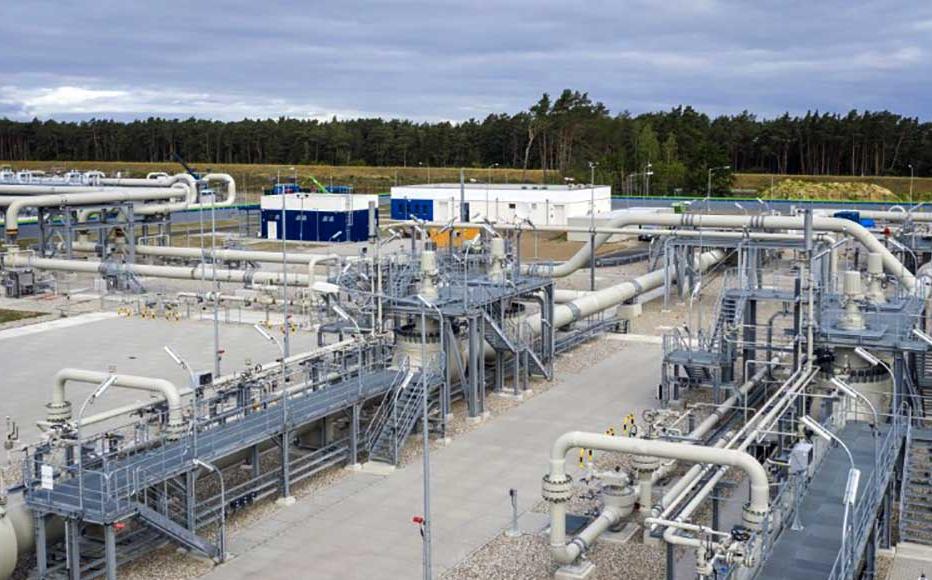 A pipeline receiving station for Nord Stream 2 in Germany. © Nord Stream 2/Axel Schmidt
The link has been copied

Opinion is divided among analysts as to whether Ukraine should continue opposing the controversial Russian-German Nord Stream 2 project or attempt to better secure their national interests through negotiation.

On May 21, US president Joe Biden decided to remove the gas pipeline’s operating company from the sanctions list, commenting that it was “counterproductive” to continue to impose such measures when construction of the pipeline was almost complete.

However, the US as well as Germany has expressed readiness to develop a compensation package for Ukraine to make up for the revenue lost from transit fees. This would also provide financial support for upgrading the country’s energy infrastructure, including in accordance with the requirements of the EU Green Deal which aims to create the world’s first climate-neutral bloc by 2050.

While the amount of this aid package remains unknown, some argue that it is in Kyiv’s interests to actively participate in these consultations in order to negotiate the best terms.  Others, however, believe that the losses from the launch of Nord Stream 2 may be much higher than the lost revenues from the transit of Russian gas.

“Currently, the annual amount of revenues from gas transit ranges from half a billion US dollars to 1.5 billion dollars,” said Olena Pavlenko, president of the DiXi Group analytical centre. “But the necessity to invest from the state budget in upgrading the gas transmission system - which is now included in the transit tariff - as well as the loss of thousands of jobs involved in transit, should be considered as additional losses for Ukraine, which could reach up to five billion dollars a year.”

Slovakia energy expert Karel Hirman was a member of the international adviser group for the Ukrainian government until 2018. He explained that Kyiv had a unique opportunity to maintain guarantees for a certain volume of gas transit, adding that Ukraine should also ask for financial warranties and demand them not from Moscow, but from Berlin.

“In the current situation, this is the optimal solution for guaranteeing Ukrainian interests,” Hirman said.

However, this idea has not proved not popular in Kyiv. In mid-June, a statement by Foreign Minister Dmytro Kuleba on his readiness to discuss the issue of compensation sparked such protest that he later had to row back, insisting that Ukraine’s conditions were “the de-occupation of Ukrainian territories by Russia, as well as energy security”.

Some think that Kyiv may continue to oppose the project in the hope that sanctions may return.

“There are still some chances,” Pavlenko said. “First of all, the US revises its sanctions every 90 days, and this leaves the possibility that some sanctions might be added by the end of summer.”

Others hoped that the project would stall after the Bundestag elections, scheduled for September 26.  The Green Party, which has a real chance of success or at least of taking second place and forming a new coalition, is among the opponents of Nord Stream 2 on the basis that Russian gas production is harmful for the environment.

“The key argument of the Nord Stream supporters is that gas is environmentally friendly, because it has less emission while burning, compared to oil products, and the underground gas pipeline is completely sealed, which means that it is more environmentally friendly than the above-ground one,” said Mikhail Gonchar, president of the Center for Global Studies Strategy XXI.  “But gas extraction in Russia is accompanied by the largest emissions of methane into the atmosphere, which enhances the greenhouse effect. So, it turns out that the positive environmental effect of reducing emissions over the territory of Germany is counterbalanced by an increase of methane emissions in Yamal, where this gas is extracted, as well as all along the above-ground transit route.”

Opponents of Nord Stream 2 also want to block attempts by Russia and Germany to withdraw the pipeline from the EU Third Energy Package, a legislative agreement that aims to further open up gas and electricity markets within the union.

Pavlenko said that much depended on the decision of the arbitration over the ruling of the EU Court on the OPAL gas pipeline case, the extension of Nord Stream 1, which was challenged by Germany.

Although Nord Stream 1 is not covered by the EU’s Third Energy Package, OPAL is. That means that one operator cannot use more than 50 per cent of its capacity, which significantly reduces the volume of transporting Russian gas. Therefore, in 2016, OPAL was removed from the Third Energy Package until 2033.

This decision was promptly challenged by Poland, which indicated that the decision was taken in violation of the principle of energy solidarity.

“If it is proved that OPAL violates the principle of energy solidarity, it will become literally impossible to withdraw Nord Stream 2 from the Third Energy Package, which will limit the possibility of gas transit bypassing Ukraine,” Pavlenko added.

However, Ukraine has one more reason to oppose the construction of Nord Stream 2. It is widely believed that Russia's dependence on Ukrainian gas transit is Kyiv’s insurance against a full-scale military invasion.

President Volodymyr Zelensky underlined the security threats related to Nord Stream 2 while speaking with US congressmen at a June 2 meeting.

“Nord Stream 2 is not just about energy security, which all diplomats and politicians are referring to,” he told them. “It is a separate powerful weapon, which is being put into the hands of the Russian Federation today. And then, the questions will be raised in Europe on how to protect ourselves from Russia. The answer is very simple – don’t give weapons to the enemy.”

“Of course, it is hard to believe that there is a direct link and that immediately after Nord Stream 2 is launched, Russia will go for the full-scale occupation of the whole of Ukraine,” political analyst Evgen Magda said. “However, Russia will certainly use the problems that will arise in the Ukrainian economy after the termination of the gas transit and fuel them for internal conflicts.”

Germany also shared concerns over security. During recent debates between the candidates for chancellor, both Armin Laschet of the CDU/CSU and the SPD’s Olaf Scholz affirmed their readiness to freeze Nord Stream 2 if Moscow used it to put pressure on Ukraine.

However, Ukrainian experts warn that it will be almost impossible to halt the project after it is launched.

“Such statements are more aimed at calming the public,” Magda said. “The dependence of German businesses on the Russian Federation will only increase after the launch of the gas pipeline and it will be extremely difficult for the German authorities to go against its companies.”

This may best explain Kyiv’s apparent decision to continue fighting against the construction of Nord Stream 2 rather than attempt to negotiate compromises.

“Giving up the fight is exactly what Russians and their German lobbyists are expecting from Ukraine,” Pavlenko said. “Willingness to concede may cost Ukraine greatly.”