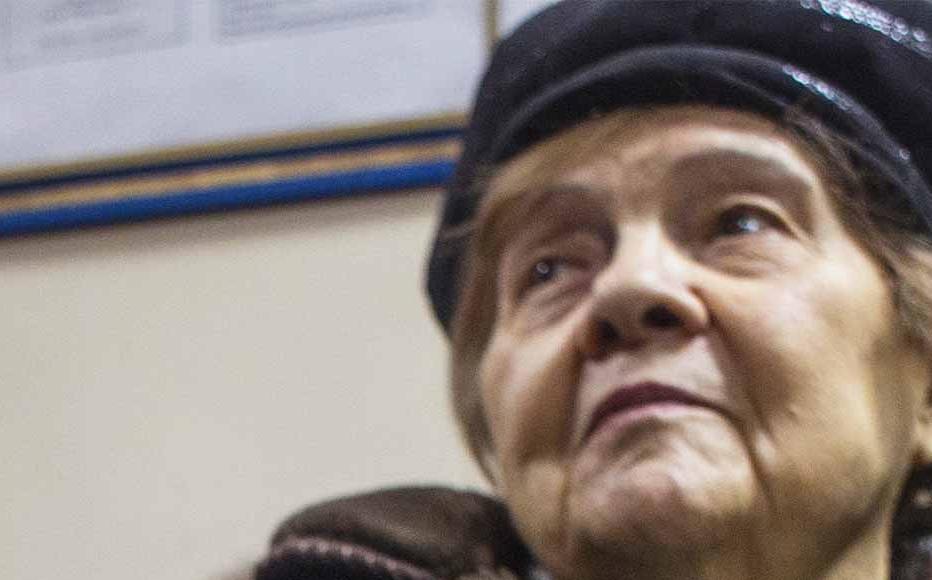 Residents of remote villages in eastern Ukraine queue to register and access their pensions in the city of Volnovakha. © UNHCR Ukraine
The link has been copied 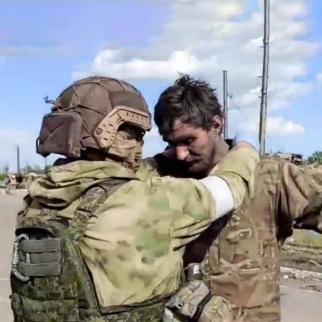 Anna (not her real name) is the head of a village in the Kherson region that has been occupied by Russian forces since March.

For three months, she said, almost 3,000 senior citizens there had continued to withdraw their pension from the local department of the national Ukrposhta post office. The pension fund, Anna explained, delivered stacks of cash despite the dangers involved in taking it through Russian roadblocks.

"They took it at their own risk. Not all the cash was delivered, not everyone used it. But they still drove money to us until June,” she said.

On July 1, Ukrposhta stopped issuing pensions in cash in the newly occupied territories due to the sheer impossibility of delivering money to cities under heavy shelling.

“People are worried and have doubts whether they can get their pensions, whether their money is accumulating, what is necessary for them to be able to receive it,” said Anna, who was forced to leave her village in July after numerous threats from the Russian troops.

She said the village was currently without any electricity, communication or internet due to the fighting.

As Russia tries to integrate the occupied territories of Ukraine into its political and economic space, the Ukrainian authorities are struggling to fulfil their social obligations to citizens there.

Aliona Luniova, the advocacy manager of the ZMINA Human Rights Centre, said that there was a perception that Russia as an occupying power was now responsible for delivering such services.

"We often [hear] the thesis about the Geneva Conventions in discussions about payments for residents of the occupied territories, which allegedly transfer all responsibility for social payments to the occupier,” she continued. “This is a myth since these conventions do not regulate the issue of social benefits. It would also be strange to expect Russia, which carries out barbaric aggression against Ukraine, to take care of Ukrainian citizens. Ukraine has obligations to citizens who worked and paid taxes in our country. These obligations are enshrined in the constitution of Ukraine, which means that Ukrainian citizens, regardless of their place of residence, even in occupation, have fair expectations for receiving a pension.”

Human rights defenders emphasise that Kyiv must find a coherent way to fulfil such social obligations, not least because failing to do so fuels Russian disinformation that Ukraine had abandoned the residents of the occupied territories.

Russian media, for instance, reported widely that Kyiv had stopped social payments to citizens in areas they no longer controlled.

However, Ukraine continued to calculate all pensions, benefits, and subsidy payments to which citizens in the occupied territories have been entitled before the full-scale war, the ministry of social policy of Ukraine emphasised.

Mykhailo Tsymbalyuk, the first deputy chairman of the parliamentary committee on social security, said this meant that benefits continued to accrue to all those entitled to them.

For example, he explained that the Pension Fund of Ukraine had automatically opened accounts in the Oschadbank and Privatbank government banks for the 2.9 million senior citizens living under occupation.

"These costs will be stored in the accounts of Oschadbank or Privatbank for half a year,” he said. “If the citizen doesn't have the opportunity to withdraw these funds, then the Pension Fund will stop the accrual. When the citizen claims, then the recalculation of pensions will be resumed.”

Another challenge has been the registration of births and deaths in the occupied territories.

In July, parliament adopted a law to simplify the procedure for establishing such facts amid active conflict or a state of emergency.  This means parents, relatives or other legal representatives can now apply to register a birth regardless of the applicant's place of residence.

Under martial law, the legal status of the temporarily occupied territory is determined by the National Security and Defence Council of Ukraine (NSDC). However Aliona Luniova, the advocacy manager of the ZMINA Human Rights Centre, said that confusion still surrounded this status.

Anastasiia Kalinina, a lawyer for the KrymSOS NGO, said that the same procedure used since 2014 for registration in occupied Crimea and parts of the Luhansk and Donetsk regions, was being used de facto in territories occupied since February 24.

This necessitated a birth certificate issued by a medical professional, followed by an court application and a decision which includes data on the date and place of birth of the child, its gender, and information about the parents.

"If a child was born, for example, in Kherson, which is currently temporarily occupied, and the parents want to obtain a Ukrainian birth certificate, then we use the mechanism of applying to the court to establish the fact of birth in the occupied territory,” Kalinina explained. “So far, there is only a judicial method, but the state is also developing an administrative method of procedure.”

There is also an option to submit an application through the state electronic court system.

"Currently, registration is not such a complicated procedure, because Ukraine has an electronic court, and even in the occupied territories you can find a mobile network and submit all documents online,” Kalinina said. “Or use the services of a lawyer who is in the controlled territory: he will prepare a statement, submit it to the court, and then receive a certificate with the decision.”

KrymSOS was supporting applicants with appropriate legal aid, she added.

The same procedure is applied when establishing deaths, also drawing on written or material evidence, in particular, audio and video recordings or expert opinions.

"If a person witnesses a death in the occupied territory, he or she can fill out a special form indicating exactly how, where, and when the person died, and the court considers this act as evidence,” Kalinina continued. “At the moment, the process is clear, but we hope that if there is an administrative procedure for establishing the fact of birth or death, it will be much easier without a trial.”