Ukraine Antagonises China, While Pleasing the US

Move to nationalise aviation firm interpreted as a sign Kyiv views Washington as a more useful strategic partner than Beijing.

Ukraine Antagonises China, While Pleasing the US

Move to nationalise aviation firm interpreted as a sign Kyiv views Washington as a more useful strategic partner than Beijing. 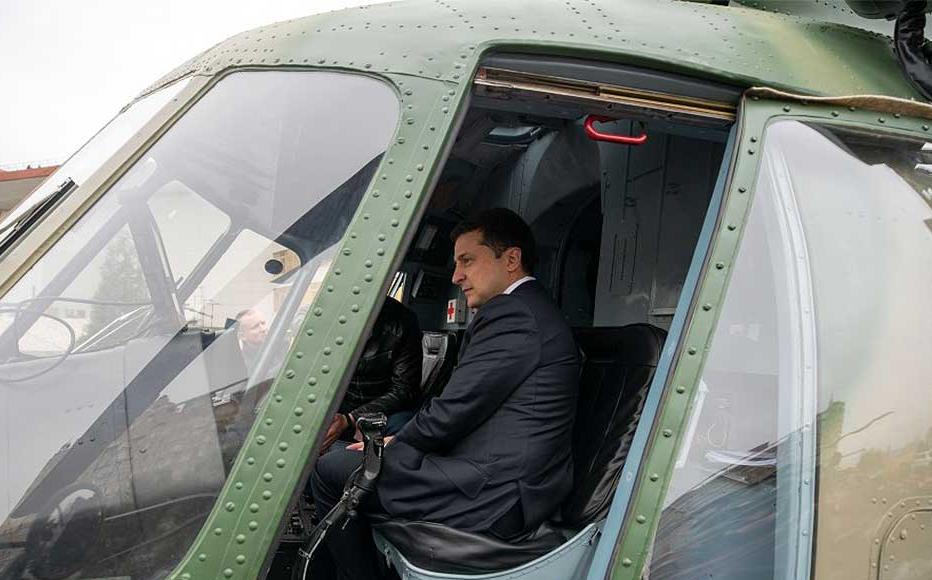 Analysts see the Ukrainian decision to seize the assets of aerospace company Motor Sich as a sign of Kyiv’s increasing confidence in favouring Washington’s interests over that of its other key ally, China.

On March 11, the National Security and Defense Council of Ukraine (NSDC) announced the nationalisation of Motor Sich, one of the world’s leading manufacturers of aircraft engines and gas-turbine installations. On March 20, its assets were seized and transferred to the Asset Recovery and Management Agency of Ukraine (ARMA) for management.

In 2016, Beijing Skyrizon Aviation Industry Investment bought 76 per cent of shares in Motor Sich from its owner Vyacheslav Boguslaev.

This seemed a logical move, given the ongoing fighting in the east of the country and introduction of sanctions against Russia. Having lost its key Russian market, Motor Sich faced serious financial problems.

However, the Antimonopoly Committee did not approve the deal and the Security Service of Ukraine claimed that the new owner was planning to move production to China, which would have effectively meant the end of the Ukrainian enterprise.

This presented a strategic issue for the US as well as a domestic, economic concern.

“China has long been interested in Ukrainian aviation technologies, where they still fall behind the US,” said Hanna Shelest, international security expert and editor-in-chief of Ukraine Analytica, adding that “they tried to buy out the construction technologies of the Mriya, the world’s largest cargo aircraft, but this caused a big scandal in Ukraine and the deal was called off.

“For the US, in its turn, the fight against Chinese technological espionage and technology purchase has become a priority issue, especially in those fields where the US maintain advanced positions, including aviation.

US national security advisor John Bolton’s trip to Kyiv in August 2019 was aimed at ensuring Ukraine refuse to sell the strategic enterprise to China.

“We are worried that China is getting military technology,” Bolton said during his visit. “We see, for example, that the fifth generation of Chinese fighters is very similar to the American F-35. This is because they are F-35 fighters. They just stole them.”

Washington remained concerned that the Motor Sich deal had been frozen rather than cancelled, as in theory the antitrust authority's consent could be issued at any time, and the issue returned to the agenda with the election of Joe Biden as president.

This is the third case of nationalisation in Ukraine’s modern history. In 2005 the government nationalised Kryvorizhstal, the largest steel producer of the country, followed by Privatbank in 2016. Its collapse nearly destroyed the country’s financial market.

Unsurprisingly, the move was criticised by Beijing.

“We hope that the Ukrainian side will protect the legal rights of companies and investors from China in accordance with the legal norms,” the Chinese foreign ministry said in a statement.

In December 2020 the Chinese investor filed a lawsuit to the Supreme Court of Ukraine estimating the losses of 3.6 billion dollars. The next step would be international arbitration.

Analysts say that the move finally made clear that Kyiv views Washington as a more useful partner than Beijing, particularly in countering Russian aggression.

At the same time, Ukraine cannot afford to lose China as its largest trading partner and as a huge market for Ukrainian goods. The Ukrainian economy has yet to return to its pre-2014 level of development and has failed to recover from losing the Russian market.

“Of course, the state has certain rights to control such transactions, including the process of privatisation,” said Roman Marchenko, senior partner of the Ilyashev & Partners law firm. “But the fact that the decisions are made after so many years can be interpreted as a direct violation of the principle of legal certainty and may become another basis for lawsuits against Ukraine.”

It is also unclear how the authorities are going to ensure the future operation of Motor Sich.

While the NSDC secretary Oleksiy Danilov announced that nationalisation would be carried out “strictly in accordance with the Ukrainian constitution,” the body’s decision could support the Chinese position that the decision had been purely political and boost their position against Ukraine in arbitration.

“Ukraine should sit down at the negotiating table with investors and agree on mechanisms that would discard all fears about the leakage of critical technologies, about the closure of the plant,” Marchenko said. “Some amendments can be made to the law on joint stock companies, introducing, for example, the provisions on state-appointed members in supervisory boards of such strategic enterprises in order to obtain the necessary control from the state without violating the rights of investors.

“But so far Ukraine is disregarding the future complaints of investors in international institutions, which in a few years may cost the budget billions in payments.”

Nonetheless, the Ukrainian government appears set on finalising the nationalisation process. According to justice minister Denis Malyuska, the relevant bill will be submitted to parliament in the next couple of weeks.

“Having decided to go into conflict with a Chinese investor, especially in a situation when official Beijing is standing behind it, the Ukrainian authorities are counting on support, and most importantly, on compensation from Washington,” Zelenko said.

However, he noted that any boost in relations with the US might be offset by Kyiv’s continued failure to institute key reforms that Washington has long demanded.

“The point is that the Motor Sich is only a small part of the American-Ukrainian dialogue and, on the majority of issues, and first of all in relation to the fight against corruption, the position of Kyiv is not very favourable,” he continued. “In this situation, it would be too optimistic to hope for increased assistance from the US.”

Giving Voice, Driving Change - from the Borderland to the Steppes
Ukraine, China
Sanctions, Economy, Diplomacy
Connect with us