Fate of fragile artefacts hangs in the balance amid competing claims from Baghdad and Jewish groups.

Fate of fragile artefacts hangs in the balance amid competing claims from Baghdad and Jewish groups. 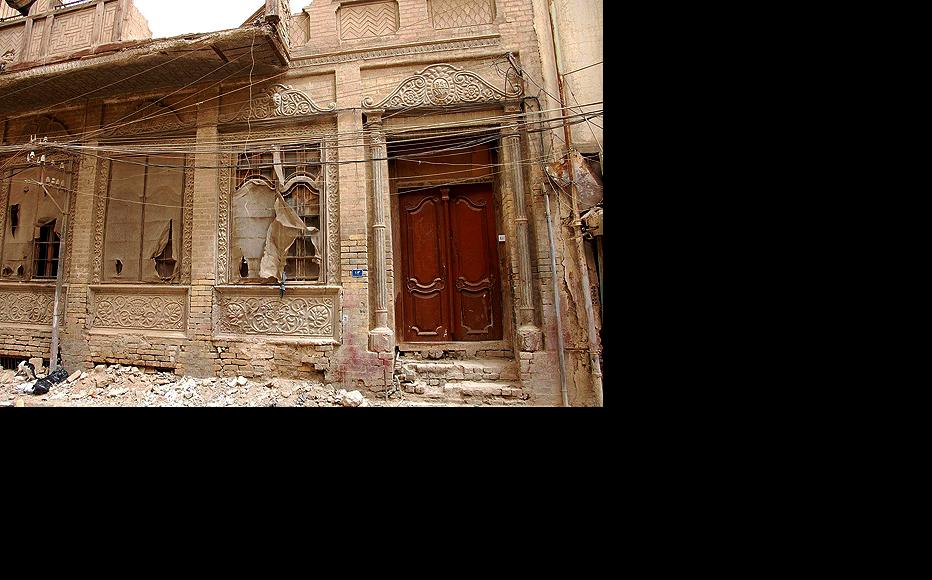 Abandoned properties in central Baghdad neighbourhoods are all that remains of the capital's once-thriving Jewish community. (Photo: Qaes Kazim/Metrography) 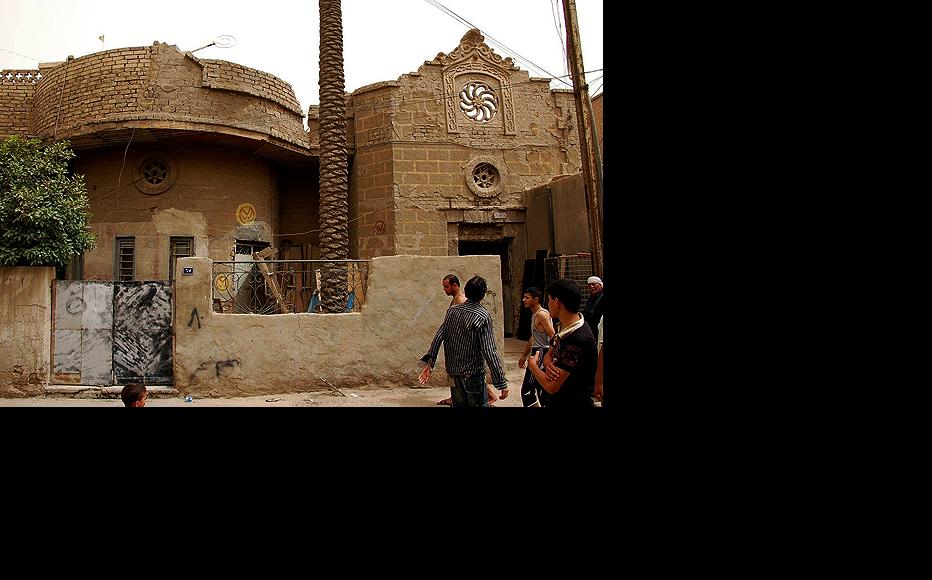 Abandoned properties in central Baghdad neighbourhoods are all that remains of the capital's once-thriving Jewish community. (Photo: Qaes Kazim/Metrography)
The link has been copied

Iraqi officials seeking to retrieve a trove of valuable artefacts taken by the United States military are expected to face strict demands – and potential opposition – from Jewish groups who want to ensure their community has access to the historic material.

The archive contains some 4,000 documents, including centuries-old religious scrolls and legal records, which were left behind by the once-thriving Jewish population of Iraq.

It was unearthed by US soldiers in 2003 in the waterlogged basement of a Baghdad building used by the secret police of the former Iraqi leader, Saddam Hussein. Badly damaged and prey to mould, the artefacts were moved for preservation to the US.

In Iraq today, scarcely any Jews remain from a community that was once one of the largest in the Middle East. Tens of thousands left the country in the last century, facing persecution from Arab nationalist governments following the creation of the state of Israel.

Iraqi officials say the Jewish archive is an integral part of their nation’s heritage, and have asked the US for its return. They have promised to continue caring for the fragile documents and to make them freely available to scholars and descendants of Iraqi Jews.

“The archive has symbolic and emotional value,” said Taher al-Humoud, the deputy culture minister in Baghdad. “It is Iraqi property. We would be campaigning for its return even if it were a single document moved by the US.”

Humoud said Iraq had launched a “clear, official appeal” for the archive’s return. “We have taken the first step towards retrieving the archive,” he said. “It is certain that it will be brought back.”

Philip Frayne, a spokesman for the US embassy in Baghdad, said the US was bound by an agreement to return the archive, once it had received a formal request from Iraq.

However, he said, no such demand had been made so far. “We have got an informal request verbally to return the documents but we have not received any kind of formal request.”

Meanwhile, Jewish groups based in the US have said any decision over the archive must first take into careful account their community’s claim to it. Though they did not say outright that they opposed the return of the entire archive to Iraq, they emphasised the need for close consultation over its fate.

Eric Fusfield, director of legislative affairs at B’nai B’rith, a prominent voluntary organisation that supports Jewish causes worldwide, stressed that the artefacts in the archive were originally the property of Iraqi Jews.

Fusfield said his organisation had written to US Secretary of State Hillary Clinton, urging her immediately to bar the release of the Jewish archive to the Iraqi government until there had been a “fair resolution to outstanding questions”.

“We don’t want the archives returned to Iraq without any discussions involving Iraqi Jews about what’s going to happen to these historical artefacts,” he said.
Marc D Stern, acting co-executive director of the American Jewish Congress, a US-based body that advocates for the rights of Jews, said he understood that Washington “feels obligated” to return the documents.

However, he said, it was vital that whoever took control of the archive was able to maintain it physically and make it accessible for study.

Iraq insists it will make every effort to ensure the documents are available to Jews. Saad Eskander, the head of the Iraqi national library and archive, said the items in the Jewish archive would be scanned, organised and placed on the internet.

However, Fusfield argued that virtual access to some of the documents would not be enough. For instance, he said, Jewish communities may be interested in using Torah scrolls and prayer books for ceremonies, or for display.

“There are items in the archive that go beyond historical documents,” he said. “Simply putting them online without having a discussion about what would be the best place to keep them would be unacceptable.”

Few descendants of Iraqi Jews would be prepared – or permitted – to visit Iraq in order to gain access to the archive. Many of them are now Israeli citizens and would not be granted visas because Iraq, like most Arab countries, has no diplomatic ties to Israel.

Iraq also remains a deeply violent country. Many of its militias are motivated by hard-line Islamist ideologies antagonistic towards Jews.

Fusfield said certain religious items in the archive may have to be held in countries other than Iraq if Jews were to have physical – rather than virtual – access to them.

“If it’s appropriate for some of the documents to be outside Iraq, then that’s what the solution should be,” he said.

For a precedent, Fusfield suggested Baghdad might look to the Lithuanian government, which recently distributed religious scrolls found on its territory among the scattered descendants of its Jewish community.

Eskander acknowledged that Jewish groups were concerned about the fate of the archive if it were returned to Iraq. However, he said, their fears were misplaced.

“The Iraqi Jews think that the current administration will behave like previous Iraqi governments by destroying the remains of their heritage,” Eskander said. “We are not against the Jews.”

Both Eskander and Humoud argued that the return of the archive would help Iraqis learn more about the history of Jews in their country.

“It is important for us to face the tragedies of the past and admit to the crimes committed against minorities,” Eskander said.

Frayne, the US embassy spokesman in Baghdad, said he was aware that Jewish groups were “interested in the whole question of what happens to the archive”.

However, he said, he did not know of any such groups showing an interest in acquiring the Jewish artefacts – a move that could prevent their return to Iraq.

Frayne said he hoped Eskander would get a chance to meet Iraqi Jewish groups to discuss the fate of the archive, during a scheduled visit to the US in June.

Along with the Jewish archive, the Iraqi government is also seeking to retrieve thousands of files kept by Saddam Hussein’s secret police, which have been in the US since 2003.

Fusfield said he hoped “creativity and open-mindedness” would yield a solution in the debate over the Jewish documents.

“There may be an outcome that gives some measure of satisfaction to all the different parties involved, including the Iraqi government,” he said.

In the old Jewish quarter of Baghdad, Iraqi passersby said they looked forward to the return of the artefacts.

“The Jews didn’t harm anyone here, unlike the Iranians or the US troops. Our ancestors worked with them,” Ali al-Husseini, the owner of a grill restaurant near a boarded-up synagogue, said. “We were not good to them. But they still have property. When their archive returns, stability will return too.”

Abu Muhannad, a butcher, said he did not believe the return of the archive would create any problems. He added that the Jewish community still had influence. “Can you tell me why their synagogue was not looted, unlike every other place in Baghdad? This means they are here, even if we can’t see them,” he said.

Kadhim al-Jiburi, the owner of a motor repair shop, said he had fond memories of growing up around Jews and observing their rituals. “They were very integrated. They were normal Iraqis,” he said.

While insisting he would be delighted to see the return of the archive, he questioned whether it would serve any broader purpose.

“The Jews are extinct in Iraq, what is the point of bringing their archive back?” he asked.

Khalid al-Ansary is an IWPR-trained journalist in Baghdad. Neil Arun is an Iraqi Crisis Report editor in Baghdad.