A Turning Point for Kyrgyz-Uzbek Relations?

A Turning Point for Kyrgyz-Uzbek Relations? 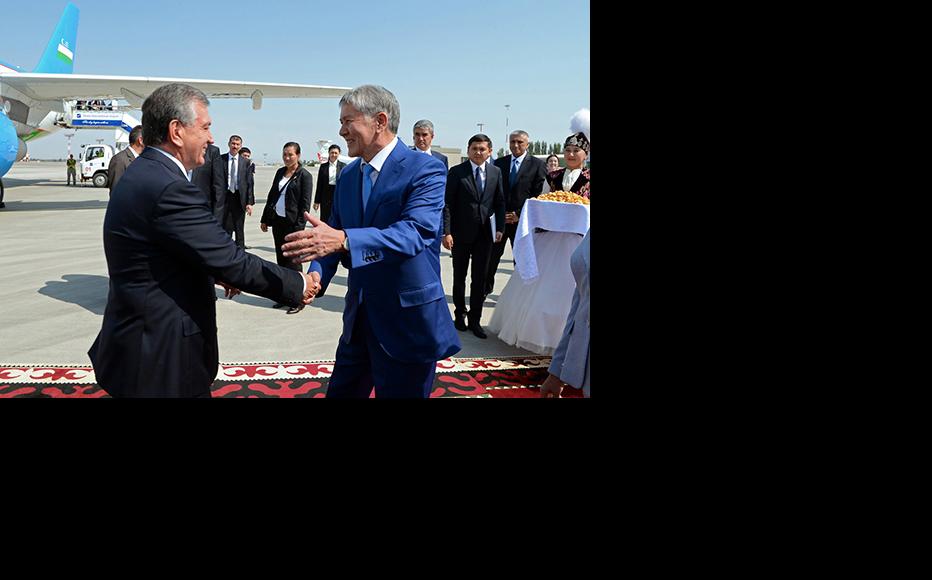 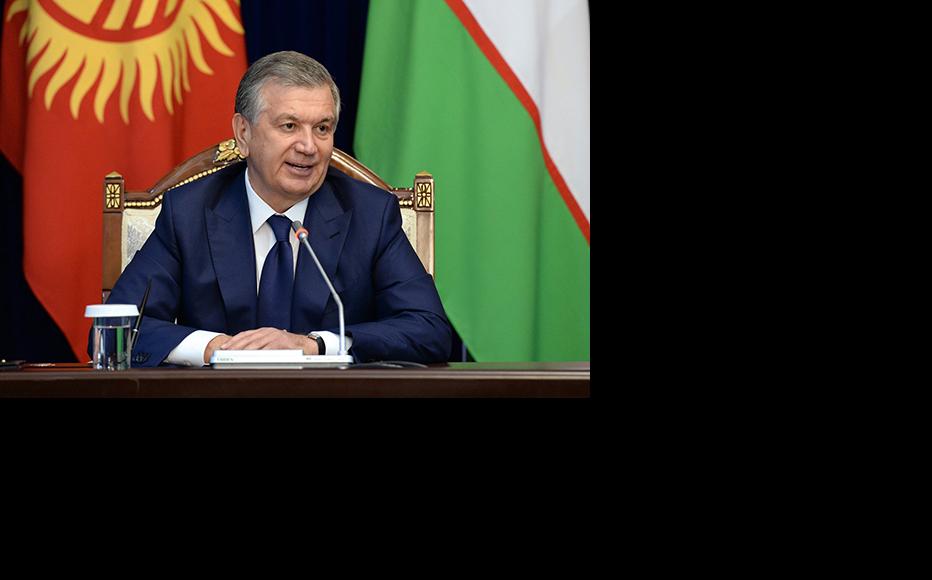 Uzbek president Shavkat Mirziyoe. (Photo: Press Service of the President of the Kyrgyz Republic)
The link has been copied

The two countries have had an often-fraught relationship since the collapse of the Soviet Union, particularly over disputed borders and competition over natural resources.

Mirziyoyev declared the improvement of relations with neighbouring countries to be a priority when he took office last autumn. His September 5-7 visit, accompanied by a large delegation of officials and businessmen, appeared to mark a break with the combative policy of his predecessor Islam Karimov, who ruled from 1989 until his death in late August last year.

(See also Could Uzbekistan be Opening Up?).

Kyrgyz president Almazbek Atambaev offered his Uzbek counterpart a particularly warm welcome, announcing that “the visit of Shavkat Miromonovich [Mirziyoyev] is a historic event for both of our peoples.

“This is an event our people have been waiting for for more than 20 years”.

Uzbekistan, a country with a population of 29 million residents, is much larger than Kyrgyzstan, with only six million citizens. It is also the region’s largest economy after Kazakhstan, with an annual GDP of 67 billion dollars. Kyrgyzstan’s GDP is ten times smaller at 6.51 billion dollars.

However Uzbekistan is located downriver of the region’s water supplies and lacks irrigation capacity for its agriculture, while Kyrgyzstan controls a third of Central Asia’s water sources.

A large-scale hydroelectric dam Kyrgyzstan plans on the Naryn river particularly concerns Tashkent, which has argued that the Kambarata scheme will limit or disrupt irrigation essential to its farming sector.

But Mirziyoyev made the surprise announcement during his Bishkek visit that Uzbekistan would actually now help Kyrgyzstan construct Kambarata.

“[Atambaev] said no station would be built without the participation of Uzbekistan. I completely agree, and we will actively participate in terms of finance, we will build the Kambarata hydroelectric plant together because we do need it. This is beneficial for both countries,” Mirziyoyev said.

“The issues that have not been solved for 20 years will be solved by us,” he continued. “We must do it for the sake of our peoples. We attach great importance to our relations and are optimistic about their future.”

One significant outcome was the signing of a formal border agreement. Border areas in the Ferghana valley, which includes eastern Uzbekistan, southern Kyrgyzstan and northern Tajikistan, have been a frequent cause of dispute.

During Mirziyoyev’s visit, the two leaders signed an agreement demarcating 1,170 km out of the 1,370 km Kyrgyz-Uzbek border, a settlement agreed several years ago but never ratified. They also expressed their intent to resolve the remaining 200km.

The non-demarcated areas in the south of the country create numerous problems for local residents and sometimes lead to armed clashes between Kyrgyzstan and Uzbekistan or Tajikistan. There is also a large ethnic Uzbek minority in southern regions of Kyrgyzstan.

“This 15 per cent [200 km] is very controversial,” said Orozbek Moldaliev, an expert on Central Asian security issues. “With the political will [of the two states], this issue will be gradually resolved. Basically, these complex issues can be solved.”

At the meeting, the Uzbek president said that the Kyrgyz-Uzbek border should turn into a “border of friendship”.

His Kyrygz counterpart spoke in favour of free movement between the two countries, as across the Kyrgyz-Kazakh or Kyrgyz-Tajik border.

“It is necessary for our borders to be as open as possible so that people can cross freely,” Atambaev said. “Our borders should not become the borders of the conflict, but should become a gateway to good, neighbourly relations, friendship.”

Despite a long-standing visa-free agreement, Tashkent has in the past still restricted Kyrgyz entry through the Osh border, demanding proof that travellers were attending either a wedding or a funeral.

But following the visit, Uzbek officials said that Kyrgyz citizens would no longer need to receive permission to cross the checkpoint and could enter Uzbekistan simply by presenting a passport.

Kyrgyz minister of economy Artyom Novikov told visiting Uzbek business leaders and officials about the attractive prospects for investment and trade in Kyrgyzstan.

Novikov said that Uzbek investors could choose from opportunities in fields such as the garment industry, the processing of agricultural products, tourism, medicine and mechanical engineering.

According to official data, in 2016 the trade turnover between the two countries increased to 192 million US dollars. In previous years, this figure was around 120-140 million dollars.

At the meeting, the two presidents expressed their wish to increase the official turnover to 500 million.

Uzbekistan remains a closed economy focused on domestic production and controlled import. After taking office, Mirziyoyev said that he would act to create more favourable conditions for trade with neighbouring countries.

One example came on September 5 when the Central Bank of Uzbekistan set the market rate of the national currency to foreign currencies. It also allowed free currency exchange to all citizens.

“This fact shows that we renounce the policy of protectionism, we are ready to trade first of all with our neighbours because trade with neighbours is the most beneficial,” Yusupov continued.

He emphasised the importance of open borders and the removal of both formal and informal obstacles to entrepreneurship.

“As soon as barriers are removed, Uzbek businessmen will actively invest in Kyrgyzstan and Tajikistan. There are entrepreneurs who have accumulated a certain amount of capital and are ready to invest in the economy of neighbouring countries if they see that it is profitable,” Yusupov said, adding that Uzbek businessmen were already actively investing in the southern regions of Kazakhstan.

Mirziyoyev and his ministers also emphasised the possibility of establishing joint ventures and exporting products to third countries.

Although Kyrgyzstan’s trade turnover is much lower than that of its neighbour, experts note that Uzbekistan is particularly interested in the import of garments and processed agricultural and food products.

Ruslan Akmatbek, a chairman of Kyrgyzstan’s Young Entrepreneurs Association, said that the two countries had great potential for economic cooperation. But he added that Kyrgyz businesspeople needed to carefully study the Uzbek market first.

“Basically, we [currently] import from Uzbekistan, but if we start working together, we will have something to offer,” he said. “Cooperation cannot be one way only; there will be a niche. We just really do not know what Uzbekistan is about. We need to study, actively attend [meetings] and invite people.”

Experts emphasise the importance of strengthening cooperation in border areas as well as ensuring security and rule of law in Kyrgyzstan’s southern regions where there have been numerous cases of extortion and threats from local criminals.

“If we have excellent trade and economic relations, we will not act rashly towards each other. When will we stop seeing each other as potential enemies? We have been pursuing this policy for so many years, who has benefited?” Akmatbek asked, adding,“It would be foolish to wait for things to change after a single visit. We have to work at it.”

Kyrgyzstan, Uzbekistan
Economy
Connect with us