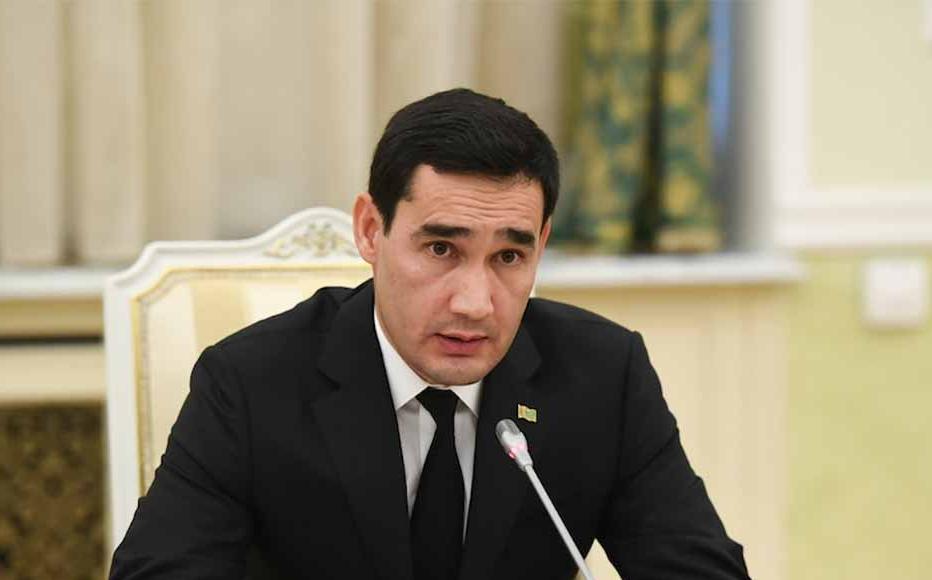 Serdar Berdymukhamedov © Tatarstan government website
The link has been copied

Turkmenistan is heading for presidential elections on March 13. What induced its current leader Gurbanguly Berdymukhamedov to start the transition of power is unknown, but the winner has been clearly chosen in advance.

The announcement that change was imminent came on January 7, 2022, amid the unfolding protests in neighbouring Kazakstan, which saw the worst unrest in decades. The president told a cabinet meeting that he was calling an extraordinary session of both the lower and upper houses of parliament “to make far-reaching decisions for the country”.

Berdymukhamedov announced that it was time to adopt a new 30-year development programme and “give way to young people” who would be realising it. The president’s son, and vice prime minister of economy, Serdar Berdymukhamedov was ordered to draft the programme.

Thus it became clear that Turkmenistan’s transition of power was at an advanced stage – although preparations for Serdar to take over as president began a very long time ago, almost as soon as his father took office.

Having graduated from studies in several universities, Serdar worked in Turkmenistan’s diplomatic missions in Europe and held offices in the ministry of foreign affairs. Serdar then went on to a role managing various sectors of economy and also became a member of parliament. He headed Akhal Velayat, the central region of the country that is a key source of manpower and home to the akhal-teke tribe, from which most members of the civil service are drawn.

A number of laws were amended so as Serdar could proceed in his career, not least legislation banning a member of parliament from serving in the executive while holding political office under the supervision of a close relative.

"It is clear that Serdar has no serious rivals."

Local observers have not seen any clear reasons for the transition of power to take place now. Until recently, the president has appeared to be in good health, hosting sessions of the cabinet of ministers and other meetings and demonstrating his well-known love of micromanagement. He has personally involved in decisions as wide-ranging as the design of street lighting, the location of bus stops in newly-built areas and the inspection of large-scale construction projects.

On February 11, both houses of parliament held an emergency session. In the subsequently released text of the president’s address, he announced a new three-decade programme of socioeconomic development. He suggested it be named, “The revival of the new age of the powerful state: National Programme of socioeconomic development of Turkmenistan for 2022-2052.”

The president then thanked the public for trusting him and said that, having been in power for 15 years, he would like to focus on his work chairing the upper house of parliament, but added pointedly that the younger generation should be given opportunities.

The following day, a decree on holding extraordinary presidential elections on March 12 was published.

Many observers have noted Serdar’s lack of political gravitas or real achievements in the posts he has held in recent years. Moreover, he has not yet had enough time to establish working relations with the elites and security officials, who do not necessarily agree with Serdar becoming their leader.

It is clear that Serdar has no serious rivals. It is difficult to imagine that a candidate could establish a campaign office one month before the election, raise the necessary funds and hold a full-scale election campaign.

However, Serdar already has the 30-year socioeconomic programme, which as vice prime minister he prepared with a group of specialists by order of the president. Having been approved by the Milli Gengesh as official state doctrine, this is his election agenda.

It’s important to note that that the incumbent will be able to keep an eye on his son from his post of chair of the Khalk Maslakhaty, or upper house of parliament, by controlling the legislative and representative powers. He will also be able to assume presidential power again in case of unforeseen circumstances.

But above all it is vital to evaluate the heavy burden of problems that Serdar will inherit from his father. Turkmenistan is a toxic state, bottom of all rankings in freedom of speech and the development of democratic institutions. In terms of levels of corruption, non-transparent economy and restrictions in doing business, Turkmenistan leads the rankings.

The country has an unbalanced economy and constant interruptions in food supplies and delays in salary payments. There is no free currency conversion and the highly volatile black market dollar rate differs from the official one by five to 15 times.

The country has no generally accepted statistics. For the second year in a row, the World Bank and International Monetary Fund have refused to include Turkmenistan’s economic data in their reports because of complete distrust in information provided by the authorities.

The 2012 population census remains secret. Indirect data on emigration shows that in the last ten years, nearly two million people left the country. According to the estimates of the preliminary census held last year, nearly 2.5 million people live in the country, marking a record decline in population.

In addition, 80 per cent of the earnings from the sale of oil and gas bypass the budget and get lost in extra-budgetary funds.

Serious investors avoid Turkmenistan and only a few raw material producers are ready to try their luck to get access to the country’s huge gas and oil reserves.

This is the new president’s inheritance. His reputation and the future of the state will obviously depend on whether he has the political will and weight to develop and implement reforms. This will be his true challenge – rather than taking part in an election campaign in which the result is known in advance.