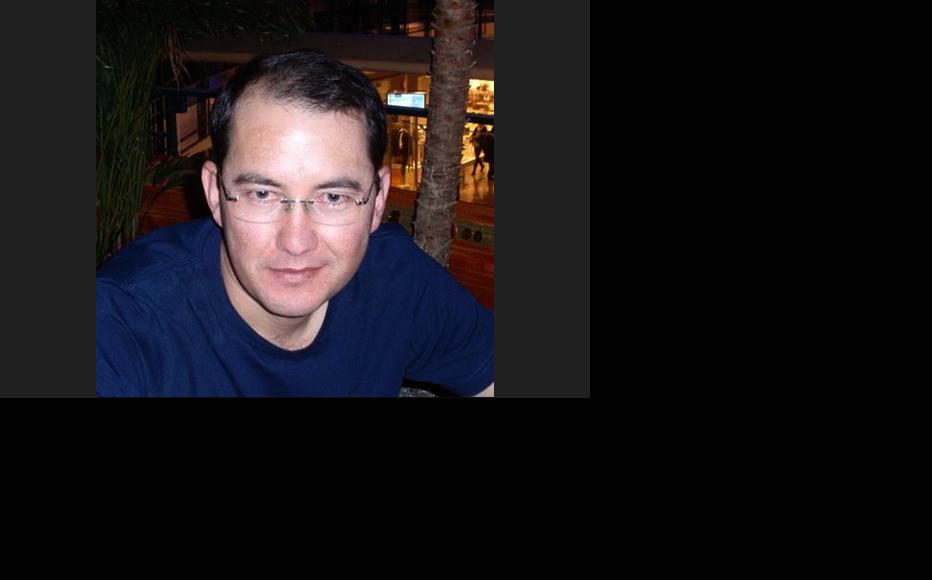 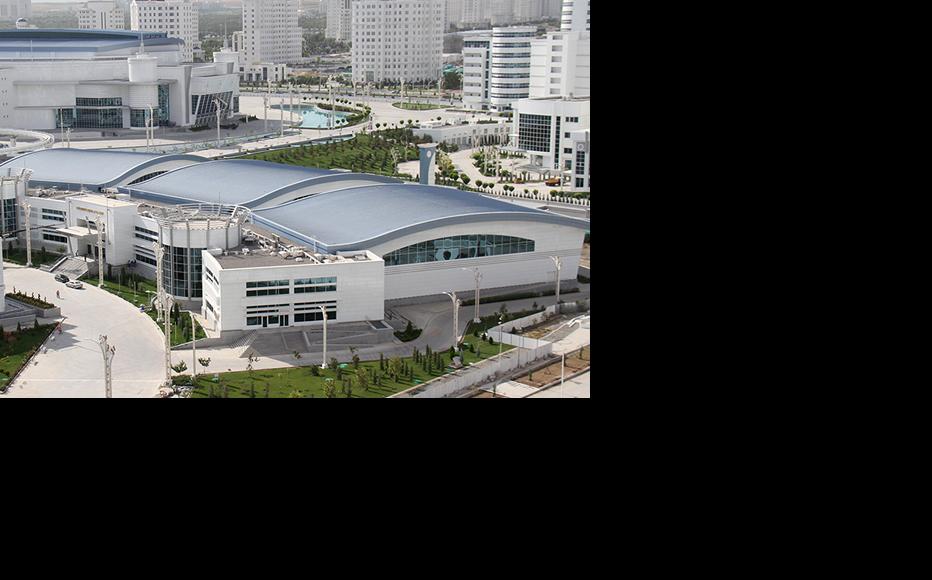 Part of the "Olympic city" in Ashgabat, specially built for the event. (Photo: AIMAG-Ashgabat 2017)
The link has been copied

Amid an ongoing economic crisis, Turkmenistan’s government is currently struggling to finish a series of lavish building projects ahead of hosting the Asian Indoor and Martial Arts Games (AIMAG) this September.

The event will see more than 5,000 athletes from 62 countries descend on the capital Ashgabat, and the authorities are estimated to have spent nearly seven billion US dollars building a massive sports complex and an international airport.

Most recently, there have been reports that the Turkmen government has cut the salaries of state employees in its efforts to continue funding this huge project.

Turkmenistan expert Muhammad Tahir told IWPR that current president Gurbanguly Berdymukhamedov had made few changes since coming to power in 2006 after the death of previous leader Saparmurat Niyazov.

Tahir, who hosts the Central Asian “Majlis” podcast on RFE/RL, said that the country’s continuing over-reliance on gas exports meant it was ill-equipped to weather the current economic storm.

Other long-standing flagship policies such as Turkmenistan’s position of neutrality have also left it struggling to confront new realities, such as security threats from neighbouring Afghanistan.

IWPR: Why is Turkmenistan spending billions of dollars on organizing the Asian games and building grand marble buildings if it is so short of money right now?

Tahir: I can only guess is this has become an issue of prestige for the Turkmenistan authorities. And the issue of prestige is very important in Central Asia. So, since this is an international event and a proud moment for Turkmenistan, they are investing whatever they have - or do not have - to be able to host this competition.

Turkmenistan is famous in the region for providing its citizens with free gas, water, oil and salt. Are these benefits still continuing for ordinary people?

This used to be the case in the past, during Niyazov’s rule in the early years of independence. But they are increasingly not free anymore. And it must also have to do with the economic situation of the country that in the last month [the authorities] severely restricted the amount of gas, salt and water provided for free.

It is very hard to get information from inside [the country] about the real level of unemployment. In one [government] discussion, which was leaked, even the authorities admit in their internal consultations that the unemployment level is at 60 per cent or close to. That is a huge, huge number. And again, if the authorities are admitting that number to be factual, I bet the employment level is even higher then that. And most people in the country rely on farmland to feed their family. So that remains the major source of employment. Then the other sources of employment are state institutions. Private industry is still undeveloped, so the state remains one of the [primary] sources. There is a huge corruption involved in getting a state job, you have to pay lots of money and people don’t have that kind of money to pay to get a job. And even so it still is very hard to get job there. Also, there are increasing numbers of labour migrants to Turkey.

What about radical Islam in Turkmenistan? Other Central Asian countries are struggling with this issue.

We have not seen any signs of that inside the country. The authorities keep a strict eye on any religious activity, not only about Islam. Girls wearing headscarves are questioned and interrogated in the country. It is very much under state control.

On the other hand we also heard something new to us: that some Turkmenistanis have been found in Syria, fighting on the side of the Islamic State (IS). In one report, released by the International Crisis Group, about 300 Turkmens [were reported to be fighting] in Syria. [it is unknown whether these are Turkmens from Turkmenistan or from Afghanistan, Pakistan, Iran and Syria itself] . You have such sporadic news, but inside the country authorities retain strict control.

What about security in Turkmenistan? There have been a number of reported cross-border attacks from Afghanistan.

It is a very challenging situation…Turkmenistan has taken various measures to prevent attacks, they massed thousands of soldiers close to the border, including reservists, in order to protect it. It fenced the entire border with Afghanistan. We have also heard that Turkmenistan is in contact with non-state actors on the Afghan side of the border, talking to them, obviously making some sort of arrangement so that they do not attack them and come to Turkmenistan. They are taking various measures to protect themsleves. It seems to be working, but the situation and what happens in the future is somehow related to what will happen in Afghanistan.

The Taleban so far is the major source of militancy, but recently we have been witnessing a growing number of ISIS militants who are increasingly active in various parts of Afghanistan, and more importantly in northern Afghanistan which has a direct border with Turkmenistan, Uzbekistan and Tajikistan. However things develop in Afghanistan will have some implications for Central Asia, either positively or negatively. It is very hard to say in advance how it might evolve going forward, but there is a serious trend there. The new actor we see in the country is Russia, and Russia is increasingly in contact with Taleban, for instance.

What can you say about Turkmenistan’s military capacity?

It is weak, it is not organised, it’s not well equipped and the current economic challenges of the economy is an additional element that might affect the army’s morale. Although [the country] is poor, it is not willing to cooperate with any regional country to develop its military capacity. [The authorities] say that this is because Turkmenistan is neutral, but we have heard that Russia is pressing Turkmenistan to accept some sort of help from Moscow, I have heard some EU countries offering some sort of help, we know the Americans [are also] offering, but Turkmenistan is not getting any help from anywhere. They are afraid of outside influence in the country. So, if Russia sends some military equipment to Turkmenistan, the authorities in Turkmenistan think it will also bring Russian influence to the country, then Russia might be in a position to dictate what should happen in the country. In the same way, if they accept Russian forces they then have to play a balancing game: how to respond to the Americans, the Europeans, the Chinese. First of all, the authorities are afraid of the political influence of foreign powers, that’s why they do not want to host the military bases of any major powers. Secondly, they don’t like to play this balancing game with any major regional powers. They would just like to remain outside this competition.

What can Turkmenistan do to add another source of money to its budget, apart from the export of gas?

According to the Turkmenistan authorities, tourism will be a huge source of income. That is why they invested a few billion dollars to build a resort town next to the Caspian sea called Awaza, they think tourism will be an alternative [to gas exports]. And also they think Turkmenistan’s huge desert might an attraction for foreigners to visit. They think along those lines. [But] I don’t see any serious steps towards creating an alternative source of income. They are also trying to present the country as an [air transit] hub, they built several airports and it has huge farmlands. Maybe these are the directions in which they are going to change their policy, offer some alternatives.

Will the economic crisis lead to some serious reforms by Turkmenistan’s president?

Logically it should, otherwise there is no way out of the situation, but my sense says that this is unlikely to happen, because… this is the only way they know. This is the system that they learned from the Soviet Union. As long as this Soviet-era generation is in power, I think you are unlikely to see any major change coming to the country. But then again, the younger generation, who have been educated outside the country in Turkey, Europe and America, some of them are going back to the country and some are step-by-step rising to powerful positions. Obviously, in the next election, I don’t know when it will happen, whenever it happens, I assume that a member of this more independent generation will take power, and I think that will be a real change for the country and its style of leadership. Until then, I would like to believe that it will change - but it is unlikely.

Turkmenistan
Regime, Economy
Connect with us