Bishops gathered for rare assembly have some difficult issues to talk over.

Bishops gathered for rare assembly have some difficult issues to talk over. 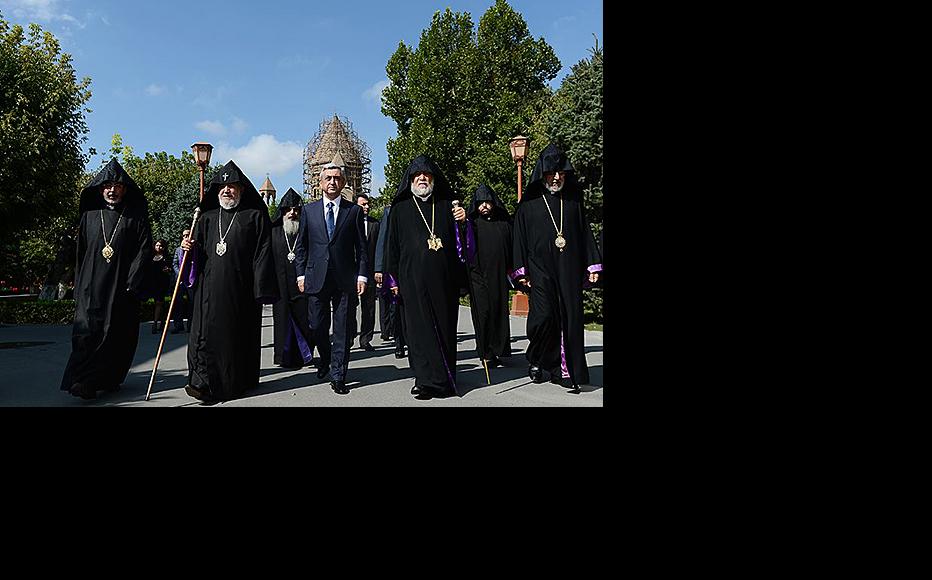 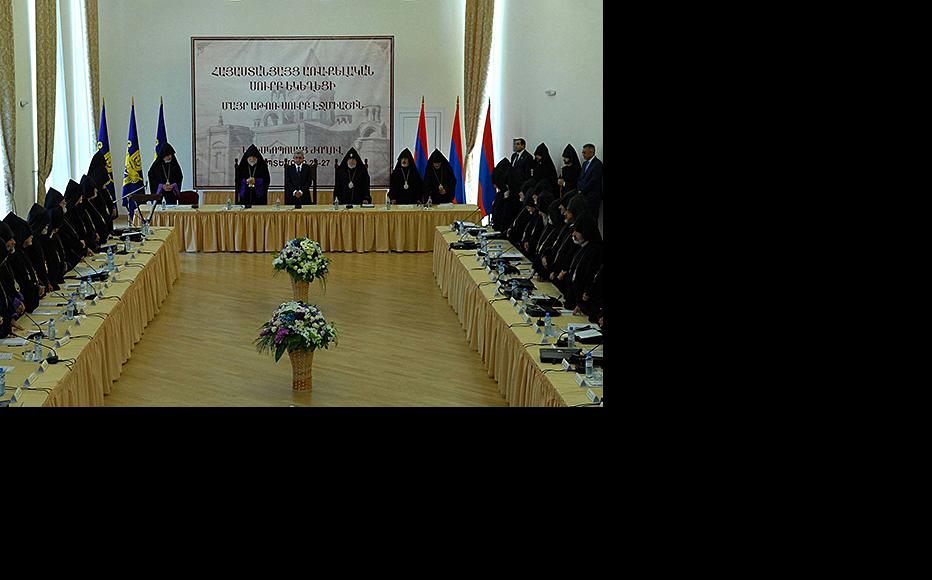 Armenian bishops from around the world gather for their first synod in 500-plus years. (Photo: Etchmiadzin See press service) 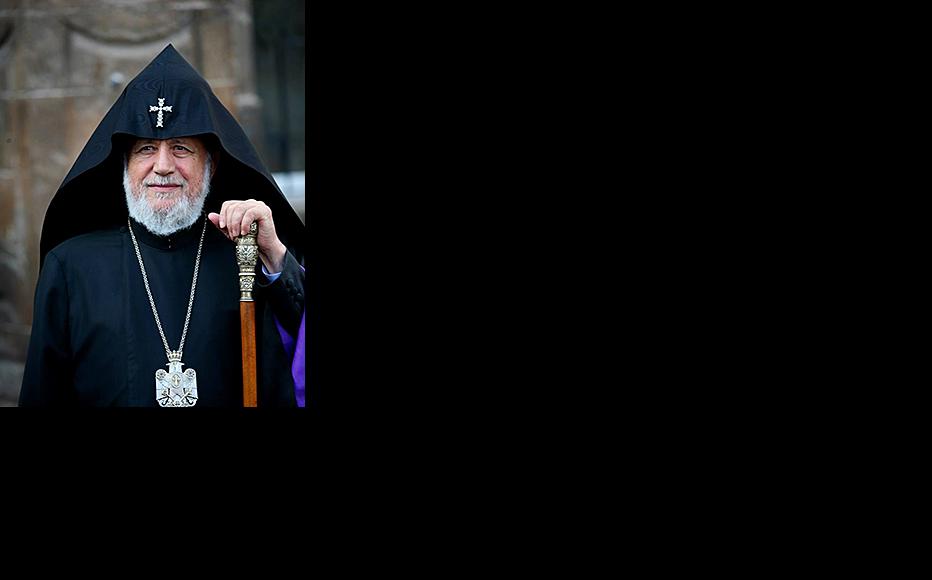 The Armenian Apostolic Church has held its first general synod for almost six centuries, but the event has been rocked by scandal.

The council, held on September 24-27, was the first to take since 1441. It brought together senior clerics from the Mother See of Etchmiadzin in Armenia, the see of Cilicia in Lebanon, and the patriarchates of Jerusalem and Constantinople, which together have ten million worshippers.

The synod adopted a measure paving the way for the collective canonisation of all those killed in Ottoman Turkey in 1915 in what is called the Armenian Genocide, and also discussed matters such as liturgy, education and the church’s social mission.

Observers suspected that behind closed doors, the assembled bishops and archbishops spent more of their time on the scandal and controversy that have sown divisions in Armenia and in the diaspora.

The Armenian Apostolic Church is the oldest in the world, and has survived persecution and massacres over its many centuries in existence, remaining a core part of national identity. The current upheavals, though, are seen as unprecedented.

At the end of May, the Yerevan newspaper Hetq published an article accusing a senior cleric, Archbishop Navasard Kchoyan, of teaming up with Prime Minister Tigran Sargsyan and businessman Ashot Sukiasyan to create an offshore company that would receive several million US dollars in allegedly embezzled funds.

After the article came out, Sukiasyan wrote to the newspaper claiming sole responsibility for the scheme. Archbishop Kchoyan and Prime Minister Sargsyan have both denied any wrongdoing.

Prosecutors have opened a criminal case, meaning that prosecution is a possibility. Sukiasyan has left Armenia.

Archbishop Kchoyan is an eminent figure in the Armenian church, and some have seen him as a possible successor to the Catholicos of All Armenians, Garegin II

Armen Badalyan, an analyst at the Centre of Political Studies in Yerevan, said the case showed how the church had become intertwined with the political and business groupings that run Armenia.

“In its attempts to find a justification for its existence, this… government has adopted the church as an ally. In return, high-ranking clerics have been accorded privileges,” Badalyan told IWPR. “The result is that instead of concentrating on society and assisting with its problems, the church is focused on the government.”

Stepan Danielyan, head of the Cooperation for Democracy centre and editor of the www.religions.am website, said the church establishment was bogged down in controversy, with some clergymen engaging in business and supporting the political authorities.

“The church is continuing to lose influence. When Armenia became independent with the collapse of the Soviet Union, a great deal was expected of the church, but those expectations have not been fulfilled,” he told IWPR. “The church continues to ignore the things most people are worried about – vitally important social, economic and political problems and endless corruption scandals.

Another divisive matter likely to have come up at the September synod is the resignation of Archbishop Norvan Zakaryan, the church leader for the large Armenian community in France.

In July, Archbishop Zakaryan wrote to Catholicos Garegin to accuse him of mistreating him.

“You gain pleasure from humiliating me and blackening my name. You are probably not even aware that you are hurting people’s feelings,” he wrote.

The archbishop went on to offer his resignation, which the Catholicos duly accepted.

At the beginning of August, Nurhan Manukyan, Patriarch of Jerusalem, entered the fray, criticising Catholicos Garegin for allowing Archbishop Zakaryan to resign.

“A healthy generation cannot grow up in an atmosphere of fear and threats. This will harm our people and our church, which is – more than ever before – in need of educated, honest and pure priests, not boot-lickers,” the patriarch wrote.

The Catholicos has yet to respond publicly to the letter, but his spokesman Vahram Melikyan denied that he was authoritarian in style.

“The gathering of bishops at the end of September is solid evidence of how the church tries to resolve its problems by taking all opinions into account,” Melikyan said at a news conference. “It’s inevitable that there should be differences of opinion within the church, but that does not mean there are separate factions in the church or anything like that, or that there’s some battle between them.”