Recriminations fly as governing Ennahda party condemns assassination while opponents suggest it had a hand in it.

Recriminations fly as governing Ennahda party condemns assassination while opponents suggest it had a hand in it. 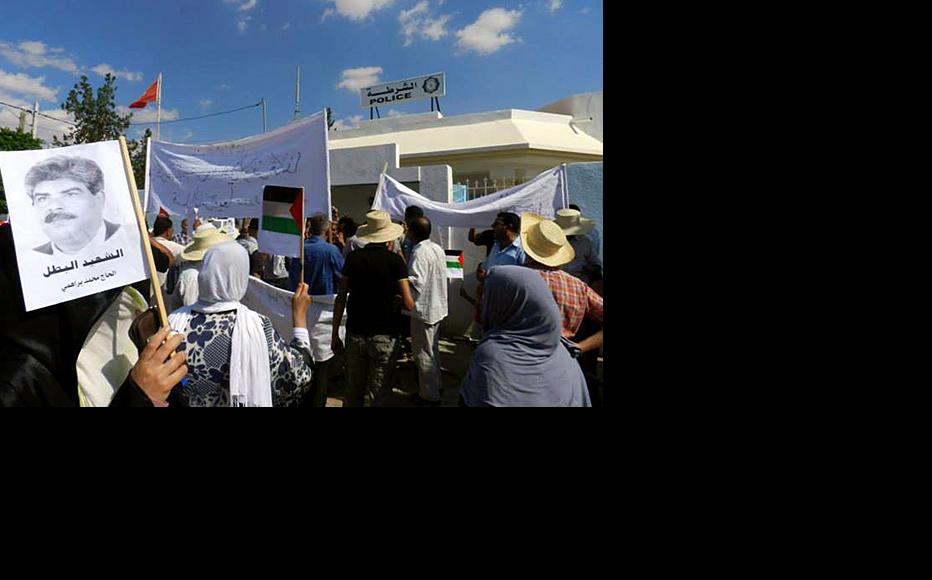 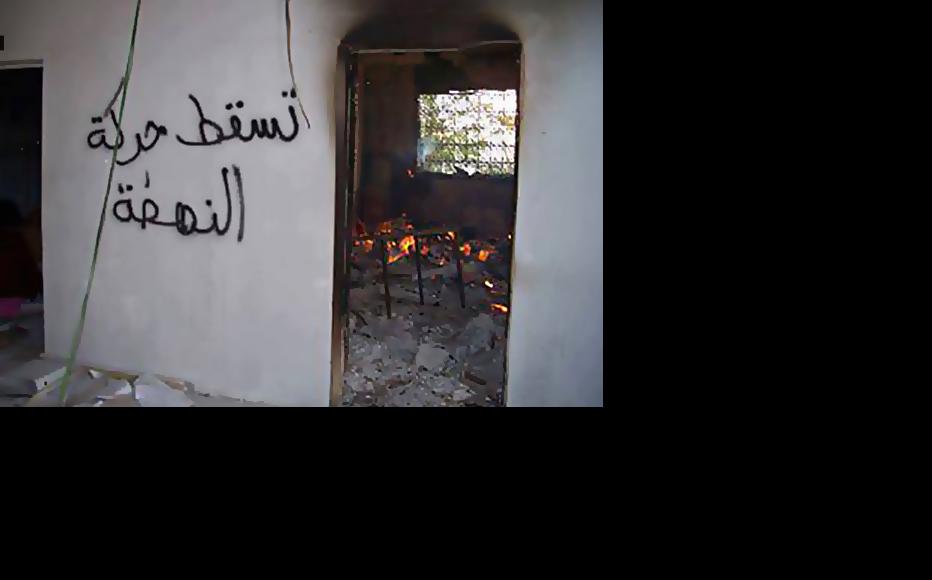 Ennahda office in Menzel Bouzaïene after it was set on fire. (Photo: Mohammed Jelali) 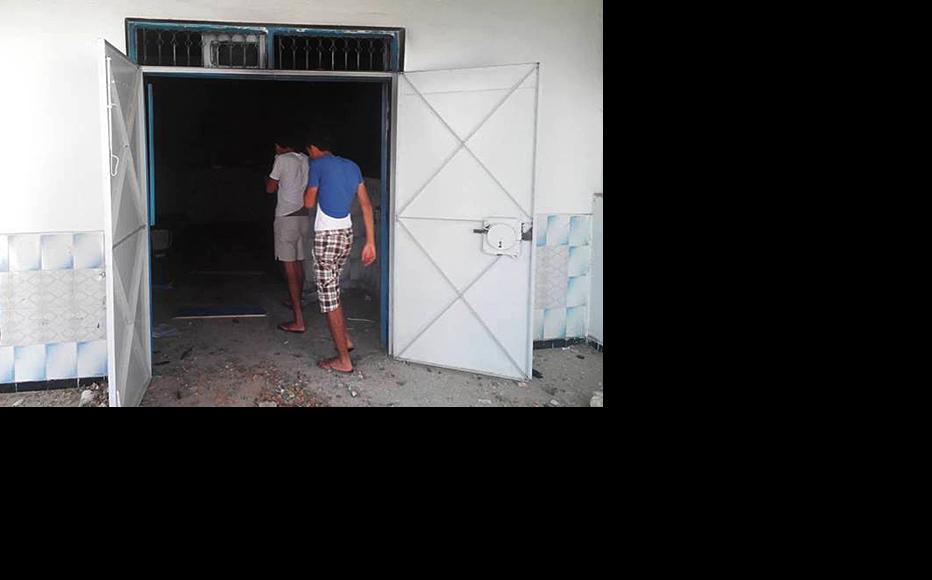 Protesters enter the Ennahda office in Meknassi district, also in Sidi Bouziz. (Photo: Mohammed Jelali)
The link has been copied

The second assassination of a leading Tunisian politician in seven months has brought thousands of protesters onto the streets calling on the government led by the Ennahda party to resign.

The murder of Mohamed Brahmi, 58, has heightened fears of serious unrest in Tunisia, especially since Ennahda’s equivalent in Egypt, the Muslim Brotherhood, was removed from power in early July.

Brahmi, an influential opposition member of the Constituent Assembly, Tunisia’s interim legislature, was shot 11 times by two gunmen mounted on a motorcycle on the morning of July 25. The killers had lain in wait for him near his home in al-Ghazala in the Ariana district, about seven kilometres north of central Tunis.

He represented Sidi Bouzid in central Tunisia and had recently joined the Popular Front, an opposition coalition, after defecting from the People’s Movement, a party sympathetic towards Ennahda.

Some saw it as no coincidence that this political killing came on Republic Day, the anniversary of Tunisian independence from France, a date marked by left-of-centre parties but not the Islamists.

Ennahda leader Rached Ghannouchi was quick to condemn what he called “an atrocious, cowardly act” and call on the security forces and the judiciary to find the culprits as swiftly as possible. He urged Tunisians to display "restraint and unity”.

That did not stop opponents of the Ennahda government from calling for acts of civil disobedience. Opposition supporters took to the streets on July 25 and 26, calling for a general strike.

That call was taken up by Tunisia’s main trade union, the UGTT, which declared a nationwide strike and released a strongly-worded statement holding the Ennahda-led government directly responsible for Brahmi’s death.

Several opposition groups, including the Popular Front and the late Belaid’s own United Democratic Patriots, called for protests to continue “until the regime falls”.

An IWPR reporter on the ground observed hundreds of angry demonstrators surrounding the governorate office in the centre of Sidi Bouzid city, forcing their way in and starting fires in several parts of the building. The reporter said police and military units held back rather than moving in to cordon off the building and prevent the crowds getting in.

As he came out of the now burning building, protester Ashraf al-Bu Azizi, 25, told IWPR, “It’s natural for people to vent their scorn and anger on the Ennahda movement, as it is the true ruler that controls all the levers of state, and it had an interest in assassinating Brahmi, just as it assassinated Chokri Belaid, in order to prolong its rule and to delay elections until some unspecified time.”

Al-Bu Azizi, who said he was not a member of any political party himself, added, “Ennahda will not survive this time. This protest will end only with its removal from power.”

Slogans scrawled on the walls of the governorate building expressed similar animosity towards Ennahda – “ Down with the party of the [Muslim] Brotherhood”, “Down with the executioner of the people”, and, “A gift from Ennahda to the people – the assassination of an opposition figure every six months.”

In the Suq al-Jadid district, Brahmi’s birthplace not far from the city centre, dozens of protesters gathered on the main road holding pictures of the murdered politician and chanting slogans, as young people set fire to tyres, blocking traffic for hours.

The head of Ennahda’s office in Meknassi, Alberni Ghabri, told IWPR that “certain parties” – he would not say which – were deliberately fomenting unrest by targeting his party’s premises, and accused them of making death threats against him.

“I will not remain silent on this matter,” he said. “I will take them to court to punish them.”

Opposition representatives in Sidi Bouzid, who asked not to be named, denied their supporters were involved in setting fire to Ennahda premises or government offices, and instead alleged that some “third party” was seeking to benefit from the chaos.

Most other regions of Tunisia saw anti-Ennahda demonstrations. In Al-Mahdia governorate, on the coast 300 kilometres southeast of Tunis, crowds again stormed the governorate building and expelled the governor.

On the afternoon of July 25, around 1,000 people took part in a sit outside the interior ministry building on Bourguiba Avenue, condemning the killing and holding ministry officials responsible for the security lapse. That protest did not last long as riot police moved in with tear gas, and the demonstrators moved away, only to congregate again near the Tunisian parliament.

Tunis cafes were unusually empty on the evening of July 25, but young people – the motive force behind the 2011 revolution – gathered to talk about what would come next. The mood among them seemed to favour the removal of the Ennahda-led government, but many are wary of the opposition parties as well, which they see as partially compromised by the return of figures from the era of deposed president Zine el-Abidine Ben Ali.

Late the same evening, the cabinet held an emergency meeting and issued condemnations both of the assassination itself and of anyone planning on trying to overthrowing the government.

At a press conference afterwards, Prime Minister Ali Aridhi said Brahmi’s murder was a clear attempt to undermine “the stability and understanding that has been achieved in the country in recent weeks, and [thus] targeted both those who are in power and those who are in opposition.”

The killing was, he said, “intended as an assault on the revolution and its gains, to exploit the situation in our sister country Egypt and certain the difficulties in Tunis, so as to halt our progress and drive this country into the unknown – whether that’s chaos, conflict, civil war or a return to dictatorship”.

Finally, Aridhi rounded on those calling for action against the government, which he said had been made by people with “unpatriotic agendas” who “do not wish Tunisia well”. He pledged that the government would “confront terrorism and violence and everything that threatens the democratic path”.

Political commentators are divided on the significance and likely outcome of the fast-moving developments in Tunisia.

Constitutional affairs expert Qays Said believes the assassination was carried out on Republic Day in order “to threaten and overthrow the republic and to bring about a new status quo conducive to the return of forces that have lost their interests in the country, as well as forces that have been barred from power”. The assassination was not so much an attack on the political establishment as an assault on the stability of the state, he said.

At the same time, Said argued that the “truly great danger” that Tunisia found itself in was only possible because of the protracted political infighting that had failed people’s hopes and the aims of the 2011 uprising. He concluded that the Constituent Assembly, the scene of many of these battles, was “built on the wrong foundations” and hence needed to be dissolved to make way for fresh elections.

Kamal Benyounes, head of news at the Al-Janoubia satellite TV channel, agreed that Tunisia was in danger, or as he put it, “at a crossroads”.

“There are foreign actors implicated in the assassination… with the complicity of domestic parties,” he claimed. “This assassination is essential targeting the political accord that has been achieved recently [in] the Constituent Assembly, clearly manifest in the passage of a number of articles which were previously disputed.”

Benyounes speculated that Brahmi’s murder might have been the work of figures from the Ben Ali era “trying to return to power in the country by setting the moderate left against the centrist Islamists”.

But he expressed confidence that Tunisians possessed enough good sense to “prevent them serving as fuel for any political conflagration”.

One outcome, Benyounes predicts, is that the current political parties, both governing and in opposition, are likely to fade because of their poor records to date, and will be replaced by “emerging new political currents, characterised by moderation and awareness, that will take the country forward”.

He noted that Brahmi’s family members had announced that they would not accept condolences from any serving politician or any political side.

“This a position supported by many in the intellectual elite and by activists and citizens,” Benyounes said.

Tunisia
Protests
Connect with us