Judges retire to consider evidence of nearly 600 witnesses and more than 11,500 exhibits. 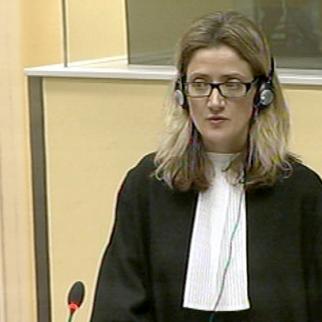 Accused says he only found out about Srebrenica later, and claims fewer were killed there than indictment states.

Judges retire to consider evidence of nearly 600 witnesses and more than 11,500 exhibits. 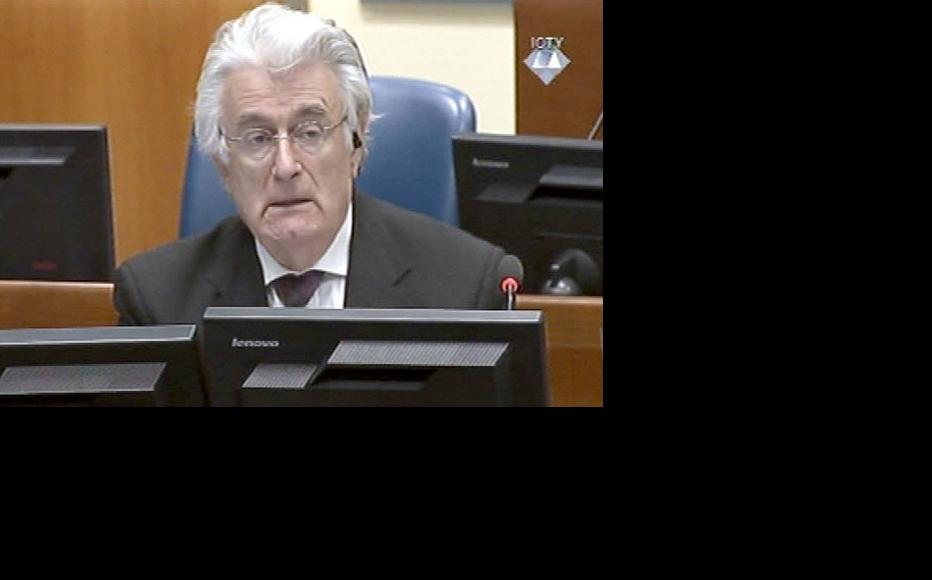 At the close of his war crimes trial at the Hague this week, former Bosnia Serb president Radovan Karadzic told judges he expected a full acquittal.

The prosecution and the defendant, who has represented himself at the trial, delivered their closing arguments last week. (These are set out in Karadzic Condemned by Evidence – Prosecutors.) The final stage of trial proceedings took place on October 7, when Karadzic and prosecutor Alan Tieger were each given 90 minutes to present rebuttal and rejoinder statement on last week’s statements.

While acknowledging that crimes occurred during the 1992-95 war, Karadzic insisted that none had been “a product of the behaviour of the state, and we have ample evidence that people who wanted to live in peace would have been able to live in peace pending a political solution.”

“The war did not happen as I wanted it,” he continued. “It was horrible and let’s hope to God it was the last – but that is not in my power.

“I expect and I trust that the chamber will study carefully every document and every exhibit both from the defence and the prosecution, and if that happens I have no doubt that a judgement of acquittal will follow.”

Prosecutors allege that Karadzic, as president of the self-declared Republika Srpska (RS) from 1992 to 1996, is responsible for crimes of genocide, persecution, extermination, murder and forcible transfer which “contributed to achieving the objective of the permanent removal of Bosnian Muslims and Bosnian Croats from Bosnian Serb-claimed territory”.

The prosecution says these crimes were planned and executed by four “joint criminal enterprises” or JCEs involving Karadzic and other top Bosnian Serb leaders.

Karadzic, who was handed over to the tribunal in 2008 after 13 years on the run, continues to insist that there is no real evidence against him.

This week, he claimed that the Office of the Prosecutor (OTP) had failed to uncover a single wartime order he issued “that tolerates crimes or orders crimes”, or any speech or interview he gave that incited violence against non-Serbs.

“I had given thousands of interviews and uttered millions of sentences and words – I rattled on the whole time – and they [the OTP] cannot find one single, unmutilated sentence to use against me. Ninety-five intercepts from the prewar period [were submitted], and in all of them, all they can find is my advocacy of peace – and that is from my conversations with other members of the alleged JCE. They can only see how I advocated peace and how I tried to make Muslims safe and feel safe, how I tried to refrain from anything that could make them anxious, speeches in which peaceful coexistence is advocated.”

Karadzic devoted much of his allotted 90 minutes to disputing the OTP’s narrative on individual incidents such as the two attacks on Sarajevo’s Markale market in 1994 and 1995, for which he said the Bosnian Serbs were not responsible.

He said there was no evidence to support the genocide charges against him.

“Both Mr Tieger and the OTP never explained why – if there was an intention to destroy the Muslims of Bosnia – why so many of these Muslims who were under the control of Bosnian Serbs, who were detained and interrogated and were living in these village and municipalities throughout 1992 and later on, why were they allowed to leave?” he asked. “That was not forcible transfer… if the aim was to have them destroyed, why was it made possible for them to be entered into lists, why buses were paid for allowing them to leave wherever they wanted to go?”

Karadzic, 69, ended by referring to his performance in defending himself, saying, “I apologise to everyone for my amateurism, but my thirst for the truth is much stronger than my legal knowledge.”

In his comments, Tieger characterised the former Bosnian Serb leader’s approach to defending himself as “ceaseless efforts to justify, deflect, obfuscate, mischaracterise and outright misrepresent”. Defence submissions were characterised by “sweeping and unsupported generalisations… juxtaposed with citations that misrepresent or invert facts or even invent a new reality”, he said.

The prosecutor said Karadzic had asked judges to look at evidence in a piecemeal manner, divorced from overall context, and he singled out the defence position on the siege of Sarajevo as “statistical charlatanism”.

“These were not the flailing attempts of an uneducated man, but of a man desperate to deny the facts that condemn him. These facts reveal beyond a reasonable doubt his guilt on all counts of the indictment,” Tieger concluded.

The three-member panel of judges have now retired to begin considering their verdict.

“The size of this case has been unprecedented,” Presiding Judge O-Gon Kwon said, noting that over the four years of the trial the chamber received the evidence of close to 600 witnesses.

Judges will have to examine more than 11,500 exhibits and 48,000 pages of transcripts from the hearings.