Experts say that the government is failing to develop what could be a rich and profitable sector.

Experts say that the government is failing to develop what could be a rich and profitable sector. 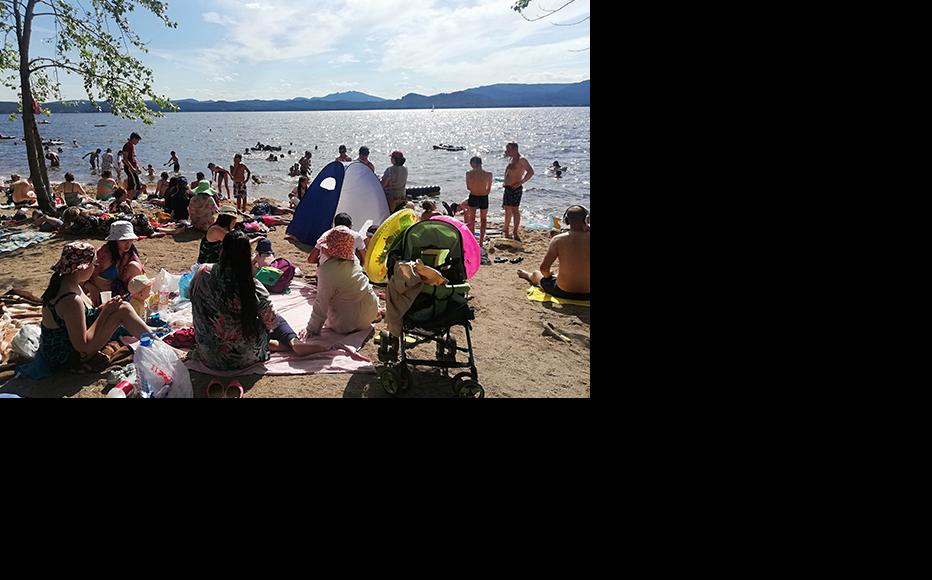 Borovoye, a resort area of forests, lakes and hills in the north of the country, is known as the Switzerland of Kazakstan.

It is famous for its hiking trails, historic sites and shady summers, all only a few hours’ drive from the capital Nur-Sultan.

However, poor infrastructure, miserable service and high prices means that the summer resort is struggling to attract domestic tourism.

According to the Turistik Kamkor Corporate Fund, 70 per cent of Kazakhstanis prefer to holiday abroad.

Zhanlai Kansitova, a teacher from the Turkestan region, has been saving for several months to take her family on holiday to Borovoye. She said that the hotels were well outside her budget, so had settled for a dilapidated rental apartment.

“I love the nature in Borovoye, if not the service here,” she said. “I’ve come here with children and we could barely find a rental house for accommodation. The bed is dirty, the dishes are dirty. There’s no water inside the house, so we have to bring water in bottles from the standpipe.”

Tourism in Kazkastan remains a chronically undeveloped sector, despite what experts say is the country’s rich potential.

Aleksandr and Tatiana Buzynnikovs have also come to come to Borovoye as part of their first-ever visit to Kazakhstan, but acknowledge it has been a costly experience.

The nature lovers, from Omsk in southwestern Siberia, rented a very expensive hotel room for a cost of 82,000 tenges (213 dollars) per day.

“Borovoye is deemed the most popular resort in the CIS among Russian tourists,” Tatiana said. “We wanted to come a long time ago and this year we bought air tickets in advance. We’ve booked the hotel two weeks in advance, it’s expensive, but it offers all conditions. We could go to Dubai for ten days with this money, but everything is artificial there. In Borovoye the nature is real, relatively wild, the history of steppe people, their way of living, these are very interesting things for us.”

The Kazak government had predicted that tourism would make up eight per cent of GDP by 2025. Now it is barely one per cent.

This is despite the fact that Kazakhstan has significant potential for the development of almost all types of tourism, according to industry expert Kenenbai Mambetaliev.

“Tourists are not well enough protected here,” Mambetaliev said. “We need to implement state support measures, to ease visa and migration control, to make transport more easily available, to improve the infrastructure of tourist facilities. It’s only then that tourism will turn into a profitable sector of the Kazak economy.”

For instance, Kazakhstan ranks 108th out of 138 in road quality according to the World Economic Forum ranking.  Roads are of such a poor condition that people are deterred from accessing historical sites or national parks.

And while the country offers visa-free entry for the nationals of 55 states, others have to go through a three-day process. There are no facilities for issuing electronic visa with a rapid turnaround.

But officials say that a comprehensive plan to make Kazakstan a more attractive destination is about to be rolled out.

This will even extend to road improvements, according to Ulan Alipov, the chairman of KazAvtoZhol, which manages Kazak highways.

“We’ve taken a loan from Eximbank,” he explained. “Before that, we prepared design estimates and soon we are going to start work. We will complete the works in two years, the roads will be good. We will improve 90 per cent of the local network.”

Next year’s budget allocates 1.1 billion tenges (2.87 million dollars) - five times more than the 2017 expenditure - for tourism and for its global and domestic promotion.

According to the head of department of the Travel Industry Committee, Abai Kozhamzharov, a national programme to develop the sector is underway that he hopes may prove to be a game-changer.

“We are analysing the global experience in this regard,” he said. “The main problem is the lack of qualified staff and funds. If the Czech Republic spends 100 million dollars a year for tourism marketing, Kazakhstan doesn’t spend even one million on advertising. Once we raise this question, it’s always left for the future, and the issue remains unsolved.”

Giving Voice, Driving Change - from the Borderland to the Steppes
Kazakstan
Tourism
Connect with us