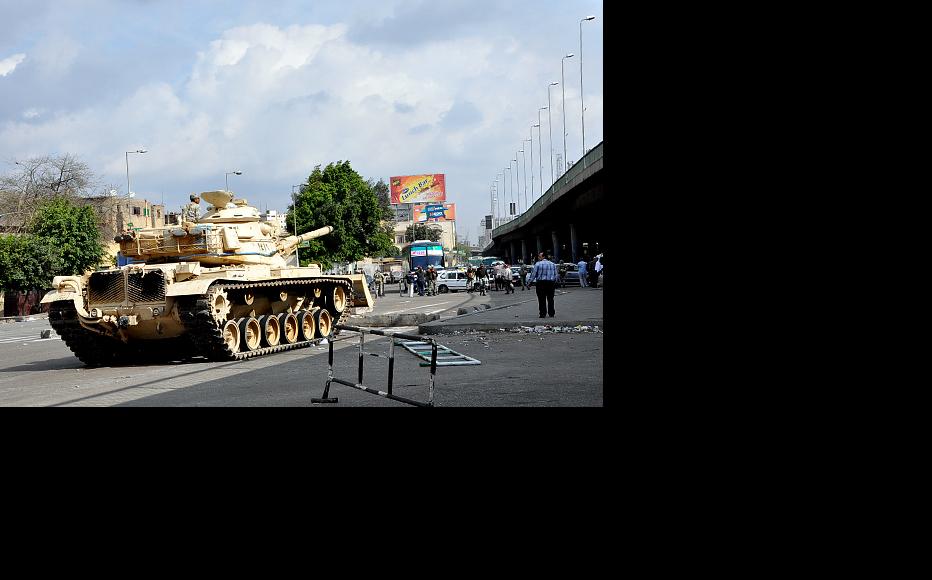 The army, it seems, will have its work cut out preparing the ground for democratic elections. (Photo: Floris Van Cauwelaert/Flickr)
The link has been copied

As the Egyptian army takes over the running of the country for what it says will be a six month period before handing over to a civil government, it faces a wave of industrial action and pressure to forge ahead with election plans.

Cario-based Ehab Kotb, of IWPR's Middle East programme, looks at the challenges confronting the military as it attempts to oversee Egypt's transition to democracy.

What sort of image is the army trying to project to the Egyptian people and is there public trust that it can run the country?

Up to this point, the army has consistently presented itself as allied to, and supporting, the people's cause. From the very beginning of the revolution, the army used no violence or aggression. It showed restraint and its personnel were polite, even when they were trying to do jobs they were not trained to do, such as maintaining security and directing traffic. Now the tone is different, particularly in Tahrir Square, where some protesters are refusing to disperse. The military is still not aggressive, but it is acting with greater firmness. However, pleasant the army's image still is, the details of the handover to a civilian government remain vague. Some fear that the army will feel it is it's legal inheritance to rule - after all, every president since 1952 has come from the military.

I'm confident that some government departments, such as the ministries of education and health, will continue to function as before, but I am not sure about others, such as the foreign ministry. We don't know who has the ultimate authority, whether it's a minister or an army official. The limits of power are not clear and the army simply doesn't have the experience to run the country. You can't wear a uniform and engage in politics; it has to be one or the other.

What needs to be in place before there can be a transition to a democratic system?

So much still needs to be done. We need a referendum to change the constitution. We need parliamentary elections, and presidential elections. The referendum itself could be a big mess; there is debate over whether to organise it using the old registered voters list or to use national identity numbers. And once again, the army says that it will rule for a period of six months, but it's not clear in which order it will carry out all these tasks. This Friday there will be another big demonstration in Tahrir Square to highlight the rest of the demonstrators' demands, namely, to cancel the state of emergency and to get back funds allegedly stolen by some former members of the regime. A legal group has already convened a committee to investigate how the money lost through alleged corruption can be retrieved.

What is going to be done regarding the much-hated police, which have largely disappeared since the protests?

Police are gradually coming back to some parts of Cairo. You can see some traffic police who have returned to their duties, and probably the next step will be for the administrative staff to return to their offices and for normal patrols to begin again. The army says that it's time for the police to resume their duties - after all, you can't expect a soldier to know how to check driver's licenses and carry out other policing tasks - but it will take a long time for things to go back to normal. Part of a new government's job will be to reform the police ministry because the police are hugely corrupt.

Talk to any Egyptian, and they all will tell you how they have suffered at the hands of the police, whether it's the way they deal with the public in general or the extreme, violent reaction to the recent demonstrations. It will be hard to convince the public that their trust will not be betrayed again. The fact that the people organised themselves to provide their own security - and I heard of no attacks on minority groups such as Christians during this turbulent time - gives us great hope for our future. But this is not sustainable, and the police need to come back to do their jobs. The public will accept them back, not with love, but because we need them, and because we hope there will be a big clean-up of the police, internally.

How is the army going to deal with the economic situation and industrial action?

The army certainly has no idea how to deal with the economic situation but that is to be expected. One thing is clear - the government is saying that they will provide more jobs in public services, but while hiring people to work in the state sector might make people happy it is not the answer to our economic problems. It will just put a greater burden on the budget. The solution is to produce more and to think about projects to create more job opportunities.

There has already been industrial action, and there will be much more, on both a large and small scale. But it is important that this be tolerated. It is partly a reaction to there being freedom of speech and a necessary step for people to get their rights and feel they can express themselves. This will be bad for us economically in the short-term but will have benefits in the longer-term. So they must be allowed to strike without being attacked or coerced.