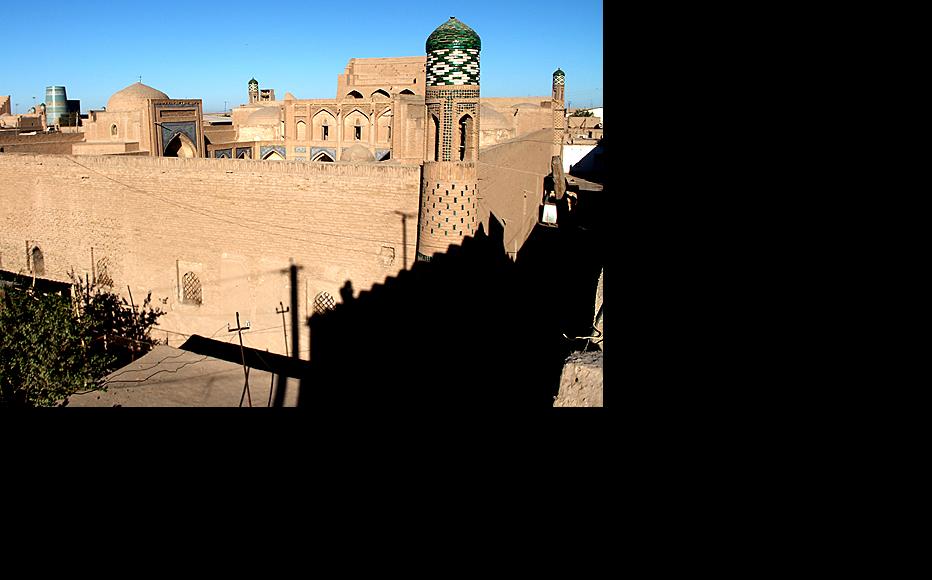 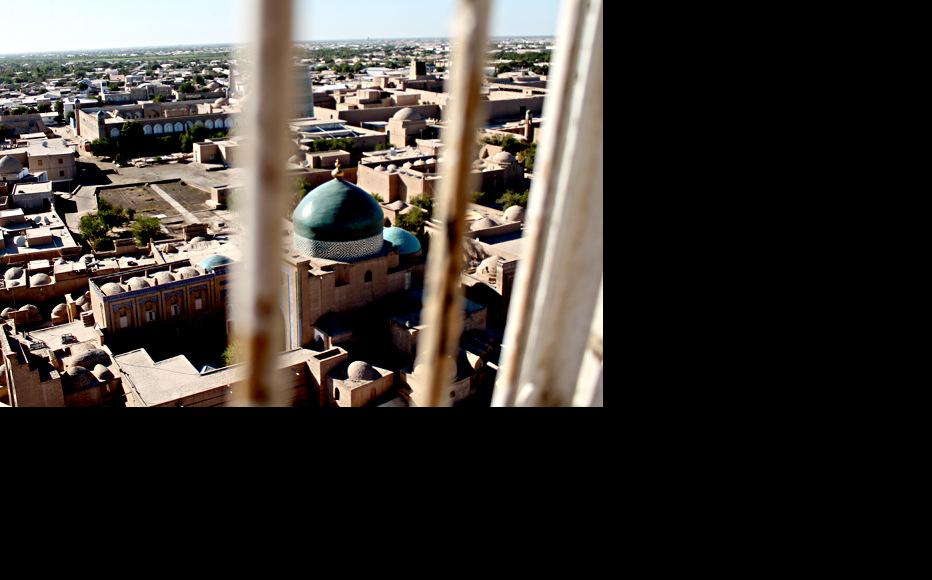 View of Khiva from above. (Photo: Nargiza Ryskulova)
The link has been copied

Uzbekistan is just next door to Kyrgyzstan, but it might come as a surprise to outsiders that most people on either side of the border know little about the lives of their near neighbours.

Ahead of my first ever trip to Uzbekistan in late August, I was not sure what to expect, except that security would be tight. Just how tight I was yet to discover.

Since 2010, when clashes between ethnic Kyrgyz and Uzbeks in southern Kyrgyzstan left more than 400 people dead, the only real way of travelling to Uzbekistan has been by air rather than overland. So I had to fork out for an air ticket.

As a tourist from Kyrgyzstan, I did not need a visa as long as my stay did not exceed two months. But although I was only going for ten days, I still dreaded passport controls and filling in the mandatory declaration form.

A friend who was hosting me in Uzbekistan had warned me to make sure that I wrote down the exact amount of cash I was carrying and that I listed my computer and any other gadgets I had with me. She warned me that customs officials preyed on people carrying undeclared items, and might confiscate them.

The tight security extends to drivers coming to pick up passengers from arrivals at the airport. On the way into the car park, the vehicle is checked for explosives. Only people holding plane tickets are allowed to enter the terminal building.

I arrived in the country just ahead of an Uzbek national holiday – Independence Day, which falls on September 1.

Forget mass celebrations. For the Uzbek government, too many crowds mean only one thing – potential trouble. So instead, Mustaqillik is celebrated on different dates in various cities. I never got to see the festivities.

My initial introduction to Uzbekistan did nothing to dampen my enthusiasm for seeing the ancient cities of Khiva and Bukhara, and taking pictures to post on my personal website to share with friends.

Even the sightseeing tours came with a warning, though. Tourists are instructed not to take photos if there is a government building in view. The long list of prohibited structures include Uzbekistan’s parliament, the tax office office, police stations and even roadsigns.

These security measures stem from a fear of radical Islamic groups, which goes back to the early 1990s when President Islam Karimov began clamping down on popular clerics whom he saw as a challenge to his rule.

The repression led to the emergence of the Islamic Movement of Uzbekistan, a guerrilla group which carried out incursions into Uzbekistan in 1999 and 2000.

The level of security and scrutiny in a country like Uzbekistan does not actually make you feel safer. If anything, it made me feel more ill at ease, as if something bad was bound to happen.

Signs saying “Vigilance is a Guarantee of Our Safety” are plastered on the walls of every underground station as well as inside the train carriages.

I noticed that when I asked friends about security measures while we were out in public, their reaction was to scan the area worriedly before answering me. I could see they felt extremely uncomfortable about such questions. When I told them I would be writing about my trip, they asked me not to name them.

“It’s like a light form of paranoia – you never know who’s listening, even in this café,” one international NGO worker living in Uzbekistan told me. “There are rumours that the ‘ears’ of local intelligence operatives reach everywhere. Almost every expat tells us that social network accounts are being hacked and checked.”

Another foreign national, who works as a teacher, just shrugged her shoulders in response to my question about living with such tight security. Nor did she think any of her friends would be willing to talk to me about it. As she put it, no one wants to play with fire.

She said that if you kept a low-profile and just went about your daily life, life was not bad as an expat in Uzbekistan.

“We earn more than the locals, prices are cheap, the food is good, the place is vibrant,” she said.

Local people agreed that if you kept quiet and caused the authorities no trouble, you would be left alone.

“We should not forget that we live in an authoritarian country,” one aspiring entrepreneur told me. “Business is monopolised [by the powerful], and to be successful you need to play by their rules, that’s all.”

Half-joking, my friend told me, “You’d better not ask too many questions if you want to come here again.”

I had my final encounter with Uzbek security as I left the country, going through three passport controls and undergoing a very thorough body check by a female officer who carefully examined my underwear and went meticulously through the contents of my make-up kit and purse. I couldn’t help feeling it was an intrusion.

I never got to see the independence celebrations, and I was not allowed to photograph the parliament building. But if someone asks whether I would like to return, I’m in no doubt. The hospitality of ordinary Uzbeks, the country’s rich cuisine and beautiful architecture make up for the rest.

Uzbekistan
Tourism
Connect with us