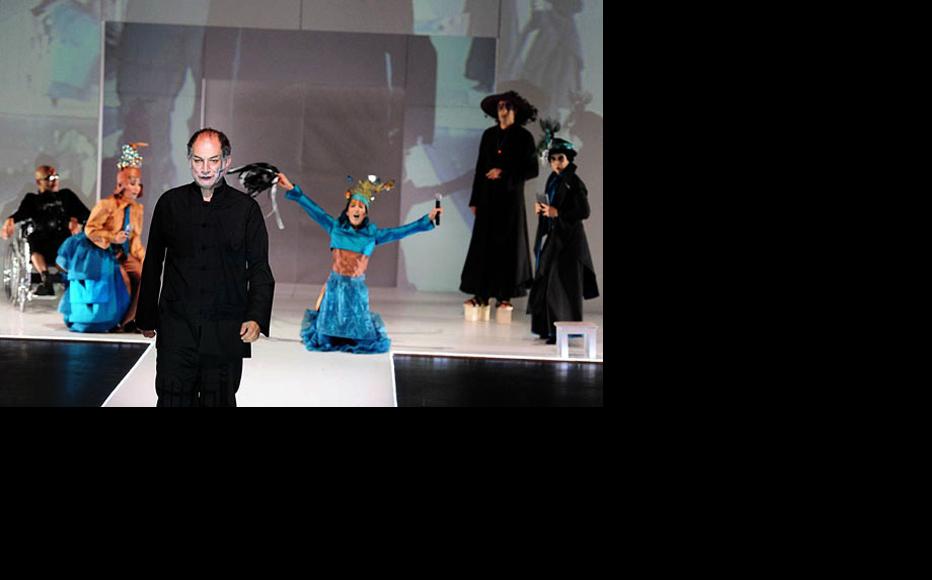 Iranian theatre has irritated the authorities with performances that do not fit the current orthodoxy. This picture shows actor and director Atila Pesyani on stage at the Teatr-e Shahr in Tehran. (Photo: Reza Moattarian) 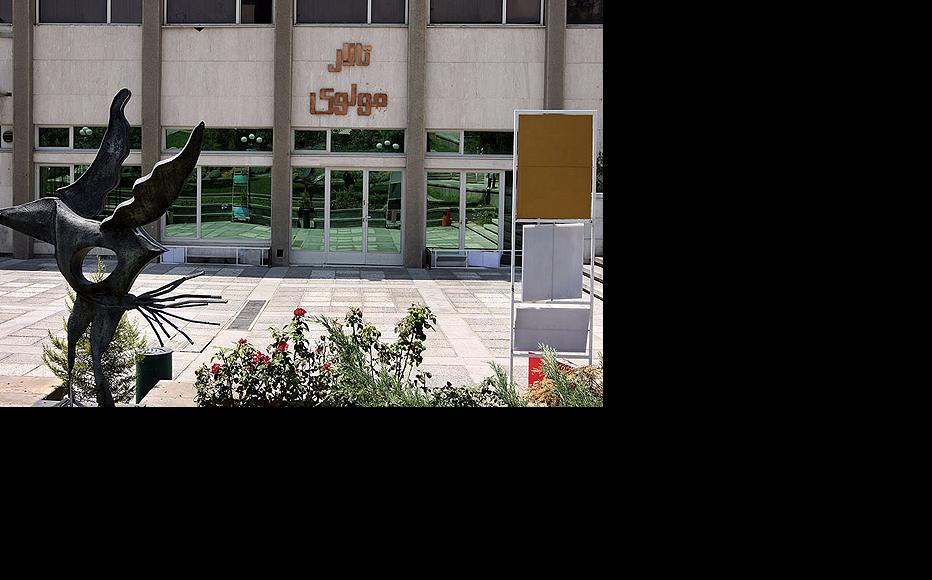 One of Iran’s leading theatres is playing centre stage to the latest attempt by President Mahmoud Ahmadinejad's supporters to take control of cultural and intellectual life.

Security staff from Tehran University closed the Mowlavi Hall theatre in the capital Tehran on the evening of June 21.

The Mowlavi Hall is the only student theatre in the Iranian capital, and is located on the university’s premises.

Iranian news agencies reported that the theatre was shut down because the audience’s dress and behaviour were not in accordance with Islamic rules and customs.

A week later, it was announced that the theatre was to be run by Tehran University, whose head of cultural affairs Majid Motaharinejad was placed in charge of managing it.

Some of the theatre’s staff were replaced by members of the Basij volunteer force from Tehran University.

Motaharinejad later indicated that the culture prevalent at the theatre had been out of step with the Islamic principles of the Iranian regime.

Until the takeover, the Mowlavi theatre was run by the University Jihad Organisation, originally set up in 1980 on the orders of Supreme Leader Ayatollah Ruhollah Khomeini to inculcate revolutionary values in the country’s universities.

Over the years, the organisation gradually moved away from those early ideals and – especially under reformist president Mohammad Khatami – developed a taste for the alternative and avant-garde.

In 1995, members of the Basij volunteer force stormed a performance of Alireza Naderi’s play “Murmurs behind the front line” at the Mowlavi Hall. The dramatisation, showing soldiers’ doubts and fears during the Iran-Iraq war, did not comply with the narrative favoured by the conservative establishment.

The latest takeover has been roundly condemned by the theatrical world.

Mohammad Yaqubi, a dramatist and director who sits on the board of the Theatre Forum – an association of stage professionals – sees the action as an expression of “hostility toward theatre” that ignores the interests of both artists and theatregoers.

Reza Kianian, an Iranian filmstar who still occasionally appears on the stage, said, “When someone has no background in theatre and no understanding of it, they shouldn’t be in charge of a theatre hall.”

If the takeover of the student theatre came as a shock, the motives behind it were less of a surprise. Long before Mowlavi Hall was closed down, supporters of President Mahmoud Ahmadinejad were gunning for its management and attacking its repertoire.

When Raja-News, a website close to the president, launched a strongly critical attack on a play directed by Mehdi Mokari, the theatre’s former manager, the significance was clear. The play’s theme was religious, which would normally have made it beyond criticism.

Insiders say plays are already being cancelled. A production by director Shadmehr Rastin was due to be staged in August but has been cancelled.

The theatre remains closed, but is likely to reopen later in September with three plays about the Iran-Iraq war which were not on the previous schedule of productions.

Another director, who asked to remain anonymous, said he believed the hall had been closed because officials were unhappy about its role as a venue where students could gather, and which “could automatically become a hub of social and political protests, or generate plays that assist the opposition, just like what happened in the Communist countries”.

The Mowlavi Hall is not the only victim of the tighter ideological control that the Ahmadinejad administration has exerted over the performing arts since it came to power in 2005. Since that time, the ministry of culture and Islamic guidance has been increasing its scrutiny of the content and performance of plays at other theatres.

Last year, for example, a performance of Albert Camus’s “Caligula” directed by Homayoon Ghanizadeh was halted for two days. Rumour had it that its portrayal of an insane dictator was too close to the bone, coming after Ahmadinejad’s re-election as president and the ensuing protests.

Although Ghanizadeh said in an interview that the delay was necessitated by a change in stage props, he mentioned in passing that he had been asked to remove the word “protest” and a few other lines.

Iranian theatre changed significally after Khatami was elected president in 1997. It gradually moved away from the staple diet of religious themes and plays about the Iran-Iraq war, and began taking on more avant garde and controversial material.

A year after Khatemi’s election, Samuel Beckett’s Waiting for Godot was staged in Tehran, and the production was later invited to an international festival of student theatre in Paris.

The City Theatre complex became a focus for this cultural thaw, as directors famous before the 1979 revolution such as Bahram Beizayi and Hamin Samandarian came back to work, and well-known figures like Massoud Delkhah and Farhad Ayish returned to Iran.

After Ahmadinejad’s election in 2005, official suspicions of the theatre hardened.

Many leading figures from the theatre made their feelings felt during last year’s protests. Some like Homa Rusta and Mahtab Nasirpour were detained during the demonstations, while others like Tinoush Nazm-jou, Jalal Tehrani, Bahram Beizayi, Naghmeh Samini, Hamid Amjad, and Mohammad Charmshir boycotted the state-run Fajr Theatre Festival.

Despite the gradual clampdown, government control of the theatre has been nothing like that exerted over the cinema. Film is a much more powerful medium, and few people outside the educated elite in Tehran go to the theatre.

Nevertheless, as one theatre critic puts it, “The establishment seems unable to tolerate any criticism of the political situation from theatre artists, even before their small audiences.”

Niloofar Rostami is an arts and theatre reporter who has recently moved from Tehran to Washington DC.

Iran
Universities
Connect with us