Since 2014 it has been mandatory for local schools to use the Russian language.

Since 2014 it has been mandatory for local schools to use the Russian language. 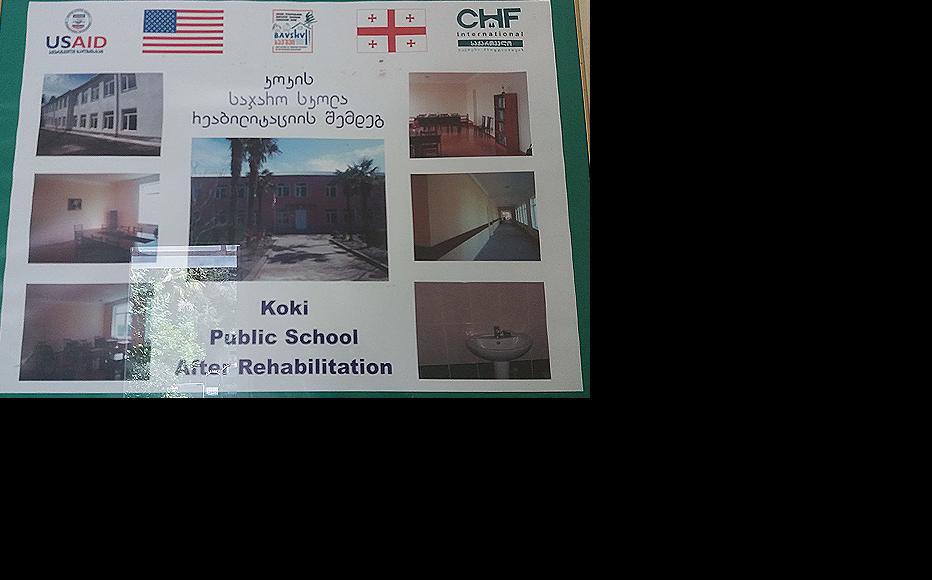 A board showing the Koki Public School after rehabilitation. (Photo: T. Shonia) 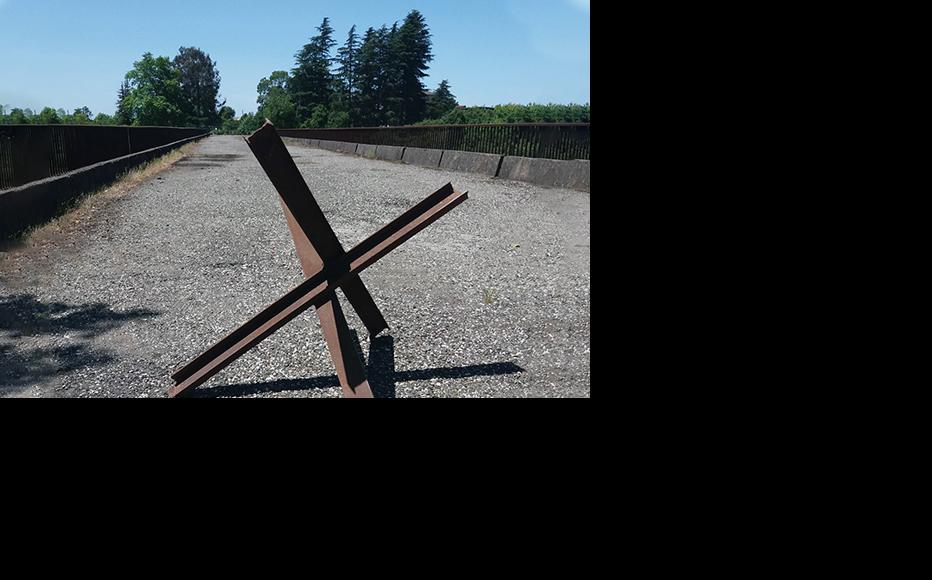 One of the crossing points between Georgia controlled territory and Abkhazia. (Photo: T. Shonia)
The link has been copied

Teachers in the breakaway republic of Abkhazia say that the coronavirus closure has left them feeling more isolated than ever from Georgian-language resources.

The de-facto authorities closed the bridge on the Enguri river, which links the republic with the rest of Georgia, the day after Tbilisi confirmed the first case of Covid-19 on its territory.

The situation has particularly affected access to education, especially in the Gali region where only ten schools remain that offer Georgian as the language of instruction.

Abkhazia broke away from Georgia in the 1992-1993 war and declared independence, but remains unrecognized by Georgia, along with much of the world. The relationship between the two remains tense.

There are 155 secondary schools in Abkhazia, with the ten Georgian-language schools all located in Gali. Even in these schools, Georgian is only the language of instruction for students in the 9th to 11th grades.

The switch to online classes due to the pandemic has exacerbated the problems already facing these schools, according to Nona, (not her real name) a 53-year-old maths teacher.

"We have to take into account the instructions and attitudes of both ministries; this is how paradoxical our situation is,” she explained, adding that this dynamic had only aggravated by the pandemic.

“The Georgian language is slowly disappearing and we can't do anything,” she continued. “We take instructions from two totally different education structures. The Abkhazian side suspended the education process until September 1 due to the spread of the novel coronavirus, but Georgian side instructed us to carry on with online lessons, Abkhazians are aware of it, but fortunately they are not blocking it.”

Nona said that she also found the content of lessons problematic.

“We teach false history and geography,” she continued. “After classes we usually tell our students in secret that this is not the history they should know. The upper school students can understand it, but in elementary school the situation is more complicated. The children prefer to speak Russian, because from the first grade they learned all subjects in Russian and are more used to it. Russification has never been so easy. I really couldn't imagine it years ago. But, now, I have no more hope that anything can be changed for the better.”

Since 2014, it has been mandatory for the Russian language to be taught in local Georgian schools.

A teacher who has worked in her village school in Gali for decades said that she was now heartbroken to see firsthand how Georgian was disappearing.

"Abkhazians started this process in 2014, and after 2023 all classes will switch to the Russian language,” she said, noting that Georgian was currently taught only in the 9th to 11th grades, with plans to decrease this year by year.

"Georgian language and literature is taught only two hours a week,” she continued. “It is hardly enough for children to learn both grammar and literature. It is a complete Russification of the Georgian population living here. It seems like education in Abkhazia is run by Russians and not Abkhazians.”

Teaching methods, she added, were intended to change the student’s entire outlook.

She said that Rossotrudnichestvo (Russian Cooperation) – an organisation established in 2008 by presidential order to promote Russian culture and which now works in 79 countries around the world - had offices in Sukhumi.

“Their main goal is to establish Russian language education,” the teacher continued. “They bring native speaking teachers to Gali schools to train Georgian teachers. In some schools, they opened labs, they also help with methodological literature and arrange special language classrooms, and all these are intended to enhance the teaching of Russian language,” she said.

According to a census conducted by Abkhazians in 2015 in the Gali region, 17,800 Georgians live in the lower zone villages. Overall, the number of ethnic Georgians living in the region is around 40-43,000.

The system means that communities living very close to each other learnt completely different curricula, said Nino Vekua, a teacher in the village of Koki in Georgian-controlled territory just across the Enguri river.

She said that her students had established an online video-making club called Free Citizen since the quarantine began and wanted to reach out to their contemporaries in Abkhazia.

“In future, the children plan to connect with their peers living across the Enguri and engage them in this activity,” Vekua explained. “As you know, they are in a very difficult situation, they are almost isolated which is very unfavourable for the development of young people.”

She agreed that education in Abkhazia was full of Russian intervention and ideology, noting that after the 2008 there had been 31 Georgian language schools in the lower zone villages in Gali. Now only ten remained.

"These ten schools too are actually Russian,” Vekua continued. “I know from my colleagues living across the river that there is a shortage of teachers. The teaching of history and geography is being distorted. All these will surely affect children and lead to serious trauma and great controversy.

This will be in no way beneficial for building confidence and trust between the Georgians and Abkhazians,” she continued. “Our schools are divided by several metres and we are teaching the history of one country with contradictory facts.”

Coronavirus Pandemic, Giving Voice, Driving Change - from the Borderland to the Steppes
Abkhazia
Coronavirus, Education
Connect with us