On Target in Syria?

On Target in Syria? 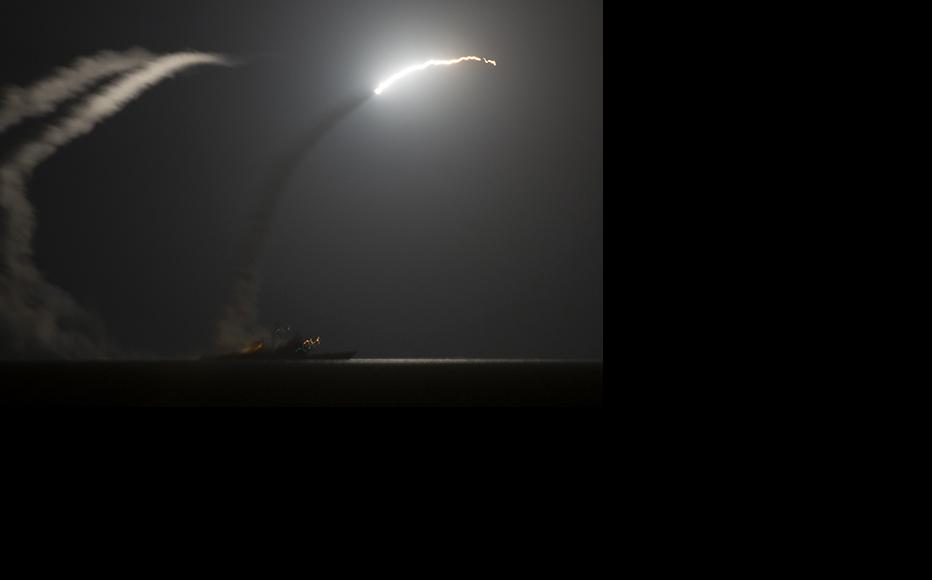 A Tomahawk cruise missile launches from a US Navy vessel on September 23, 2014. (Photo: Mass Communication Specialist 1st Class Eric Garst/US Navy via Getty Images)
The link has been copied

“We pray to God that these air strikes miss their targets, because there are a lot of prisoners in Islamic State's prison,” said Doaa, 25. “One of them is my father.”

Doaa, from the ISIS stronghold of Deir al-Zor in eastern Syria, is among the many residents for whom this latest twist in the conflict has caused yet more anxiety.

For Doaa and hundreds more like her, the air raids bring plain fear that their relatives in ISIS captivity will become collateral damage.

The attacks announced by the United States and its Arab allies after a series of ISIS outrages have sharpened loyalties and animosities, and made perceptions of Western intentions more complex than ever.
.
They have also created a new wave of politics-watchers and analysts in Syria. Why only now? Why are other Islamist groups being targeted, not just the Islamic State of Iraq and Syria (ISIS)? And why not President Bashar al-Assad’s forces – has the West decided he is a good thing after all?

Deir al-Zor, an ISIS stronghold, was hit in the early waves of airstrikes that began at dawn on September 23. The same day, 20 locations were hit in al-Bukamal, closer to the border with Iraq, including an ISIS checkpoint and an outpost in a school, as well as oil-industry and other infrastructure. Several militants and civilians were killed or injured.

Haj Abu Abdullah, 55, voiced anger at the attacks, saying the US and its allies wanted to cripple those who were fighting Assad and to destroy what was left of Syria and.

Abu Abdullah pledged support for both ISIS and Jabhat al-Nusra, saying “We would all sacrifice our lives for them. They are men in the true sense of the word.”

Some Syrians at opposite ends of the scale from Abu Abdullah would agree with him on one thing – that attacking rebel groups like Jabhat al-Nusra risks strengthening Assad’s hand.

“These coalition airstrikes are not like what we were asking for when we called on Obama and the world for military intervention against the terror of the Assad regime,” journalist Ayman Thiab, 20, said. “It looks as though America is punishing those who revolted against Assad.”

Others, though, say ISIS deserves everything it gets.

“Yes, errors may occur in this war, but only a very small percentage. Maybe the intelligence information wasn’t accurate enough, and that resulted in oil refineries in Deir al-Zor being bombed.”

Although the Jabhat al-Nusra group has fought against ISIS in Deir al-Zor and elsewhere, Osama argues that the US-led coalition is right to target it, too.

“Islamic State and Jabhat al-Nusra share the same jihadist ideology, although they differ in how they enforce it on urban residents. The American administration is convinced that if they doesn’t target Jabhat al-Nusra, the group will fight side by side with ISIS against the coalition and launch attacks on the Turkish or Jordanian borders,” Osama said.

Ahmed al-Buleili is a journalist in Syria.