Even as they stage pro-Palestinian event, Iranian leaders seem to have lost sense of direction on what to do next.

Even as they stage pro-Palestinian event, Iranian leaders seem to have lost sense of direction on what to do next. 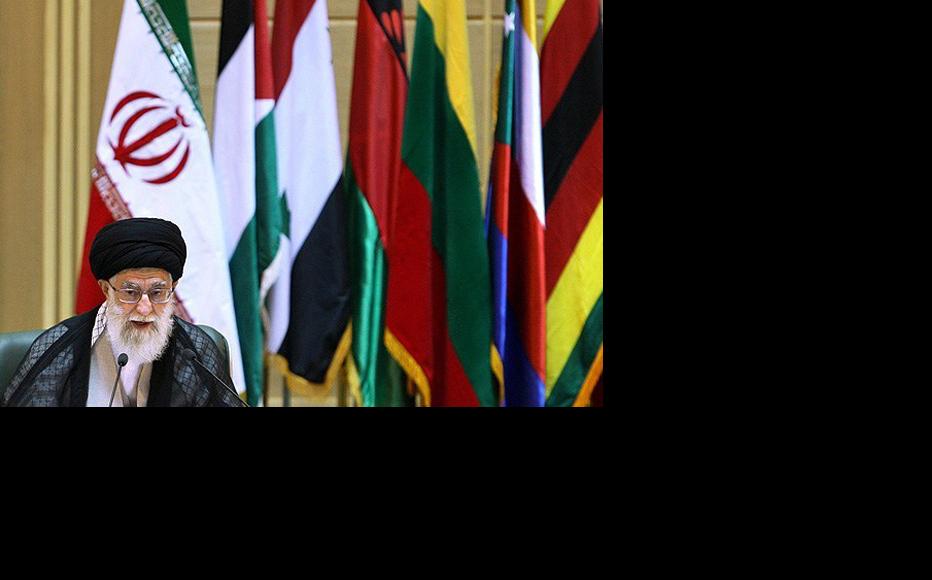 Iran’s latest attempt to champion the Palestinian cause has fallen somewhat flat as its leaders struggle to come to terms with seismic shifts in Middle Eastern politics.

The revolutions that have swept the Arab world since the beginning of the year, uncomfortably echoing the protests which were so brutally crushed in Iran in 2009, has left the Tehran regime struggling to adapt. The overall effect has been to reduce Iranian influence in the region, and raise the spectre of the loss of Syria’s president Bashar al-Assad, a key ally.

Now Palestinian leader Mahmoud Abbas’s bid for United Nations recognition of statehood along the boundaries that existed before 1967 has left the Iranians even more flustered, since the proposal negates their absolutist position that Israel must disappear.

Tehran hosted an international Intifada conference on October 1 and 2, the fifth event of its kind since 1991, but its impact was limited.

The most immediate issue on which Iranian leaders needed to articulate a clear position was the Palestinian bid for statehood within the pre-1967 borders. But they had little new to offer.

Iranian Supreme Leader Ayatollah Ali Khamenei used his speech to the conference to insist that the sovereignty bid in the two-state format now being advanced would be damaging, as it implied acceptance of Israel’s existence.

But compared with previous Intifada conferences, the anti-Israeli rhetoric from Khamenei and other Iranian leaders was not particularly virulent or combative.

At the first meeting, held in 1991, Khamenei slammed the international community’s Madrid peace conference, calling it “treason” for which its participants would be punished. The second, ten years later, saw Khamenei suggest that Holocaust deaths had been exaggerated by Israel; while the third in 2006, saw Tehran step in to announce an aid package for the Hamas-led Palestinian Authority right after the United States and Europeans had stopped their funding.

The latest conference reflects uncertainty about how Tehran should proceed as a self-appointed patron of the Palestinian cause. How, for example, should it behave at the UN General Assembly if there is a vote on Palestinian status, without completely alienating those whom it would have as clients? Especially since the mood among Palestinian factions seems to favour reconciliation and talks among themselves.

Even Khaled Meshaal, the hardline head of Hamas’s Political Bureau, has shifted to and fro between Iranian-style repudiation of the Israeli state and acceptance of a two-state solution. At the latest Intifada conference he was firmly in the former camp.

Amid the ongoing violence in Syria – which Tehran views with dismay, given the threat this poses to its long-term relationship with Damascus – that country also seems to have quietly shifted ground on the Palestinians. After years of steadfastly rejecting a two-state solution, the Syrian foreign ministry announced its recognition of a Palestinian state within the pre-1967 borders, with East Jerusalem as its capital.

Iran’s Intifada conferences always seem to be one step behind, rather than being used to advance Tehran’s agenda. For instance, Khamenei proposed that a future Palestinian state’s future should be decided by a referendum among all Palestinians – this at a time when a bid for statehood was already befire the UN.

In another example of Iran’s failure to respond to events, Khamenei ignored a suggestion by Abbas last month that UN recognition would make it possible to press for the prosecution of Israelis at the International Criminal Court, ICC, in The Hague, for alleged war crimes relating to their offensive in Gaza.

One would have thought he might have used the Intifada forum to back Abbas on this, given that he had proposed using the ICC mechanism at the 2009 Intifada conference. But since Tehran is against recognition, Khamenei passed over the issue in silence.

Nima Tamaddon is an MA candidate in journalism at the American University in Washington, DC, with special expertise on Middle East relations. He formerly worked as editor on IWPR's Iran Programme.

Iran, Palestine, Israel
Connect with us