Taking Back the Syrian Revolution

Aleppo residents return to the streets to defend the ideal of a peaceful popular uprising.

Taking Back the Syrian Revolution

Aleppo residents return to the streets to defend the ideal of a peaceful popular uprising. 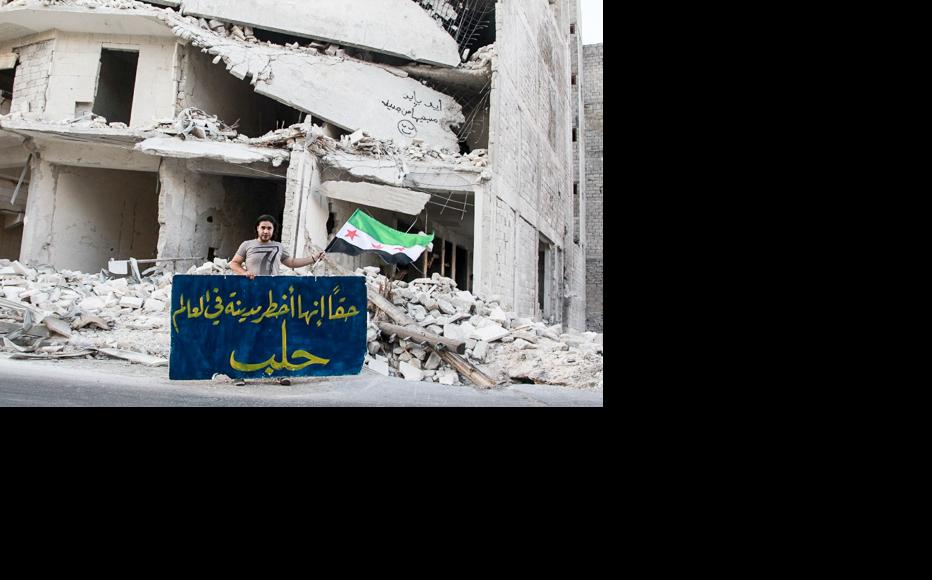 A medical volunteer in Bustan al-Qasr district stands in front of a ruined building holding a banner that says, “Truly, Aleppo is the most dangerous city in the world.” (Photo: Ammar Abdullah) 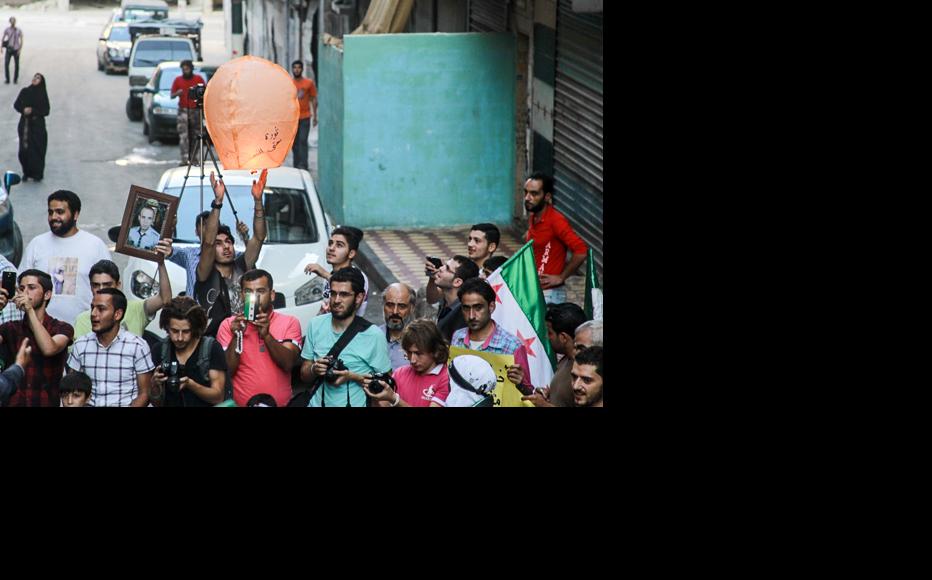 A balloon with “Revolution until victory” written on it is released. (Photo: Ammar Abdullah) 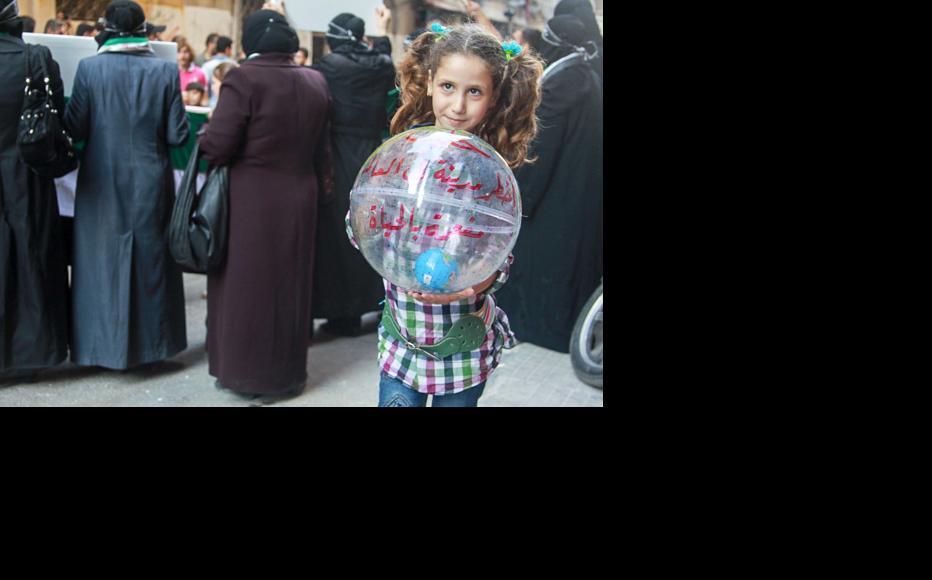 This balloon says that while Aleppo is “the most dangerous city in the world”, it is also “full of life”. (Photo: Ammar Abdullah) 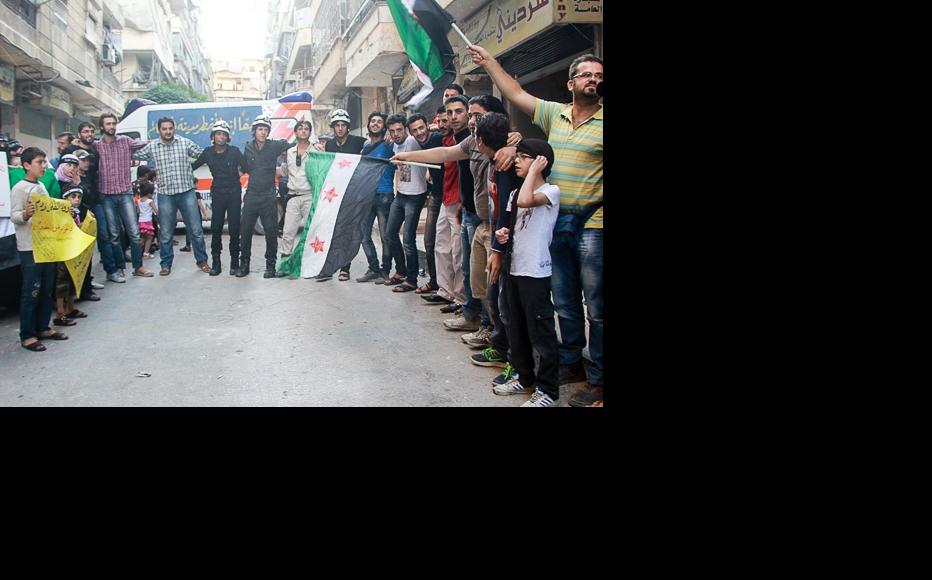 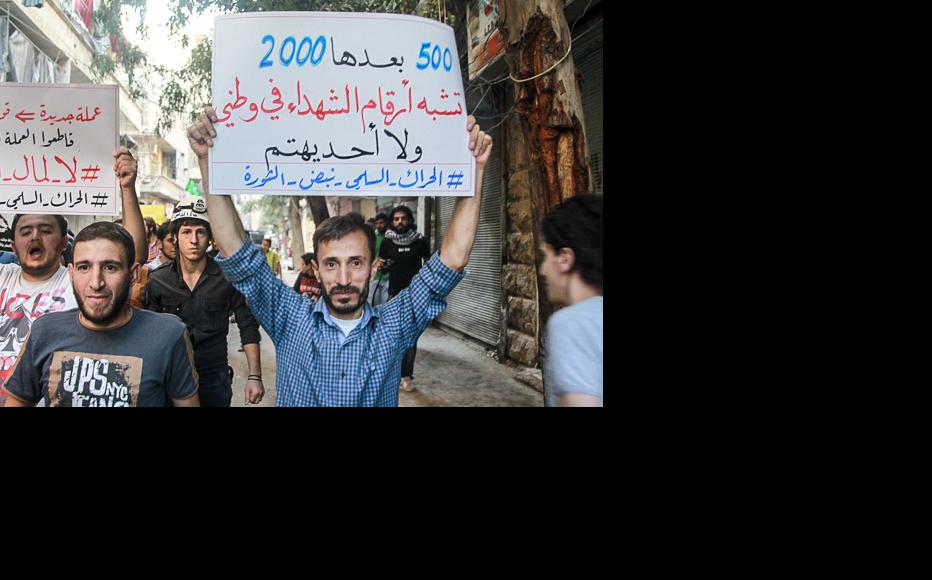 This protester underlines that the bodies of dead Syrians are more than just numbers. (Photo: Ammar Abdullah) 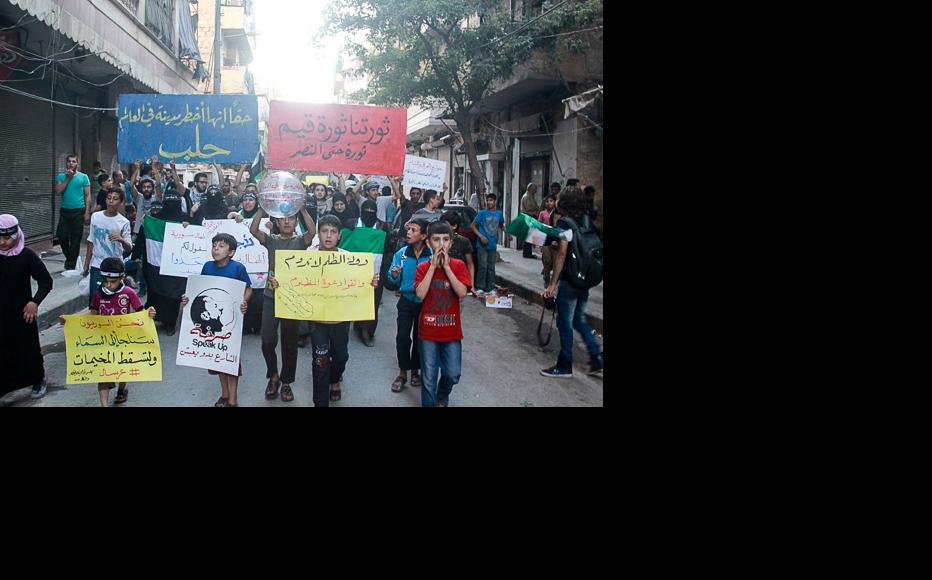 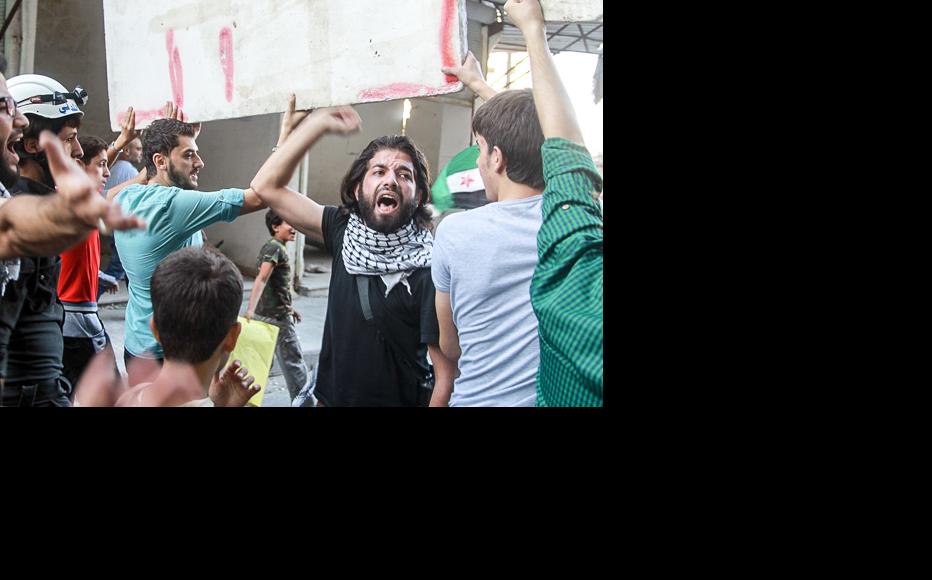 People chant revolutionary songs and slogans that have not been heard in Aleppo’s streets for a long time. (Photo: Ammar Abdullah) 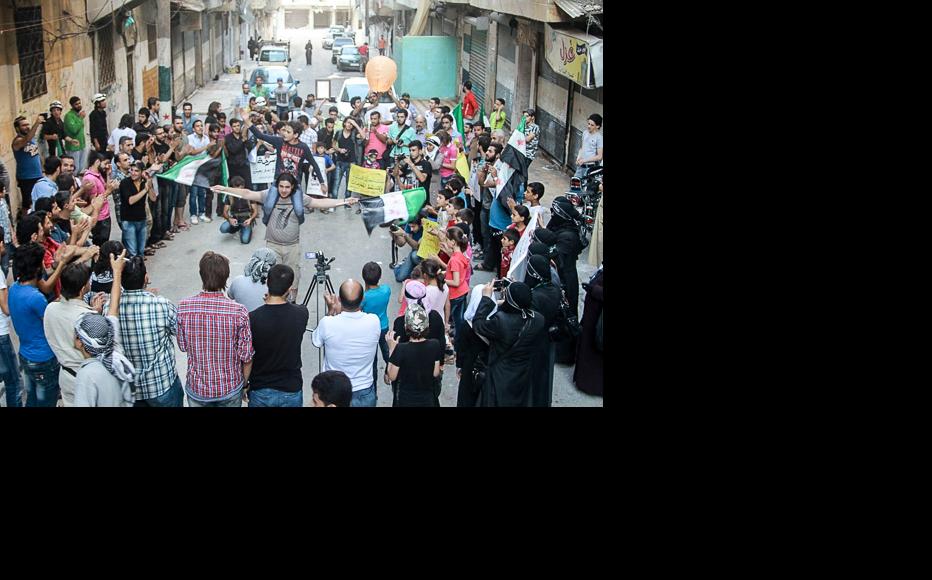 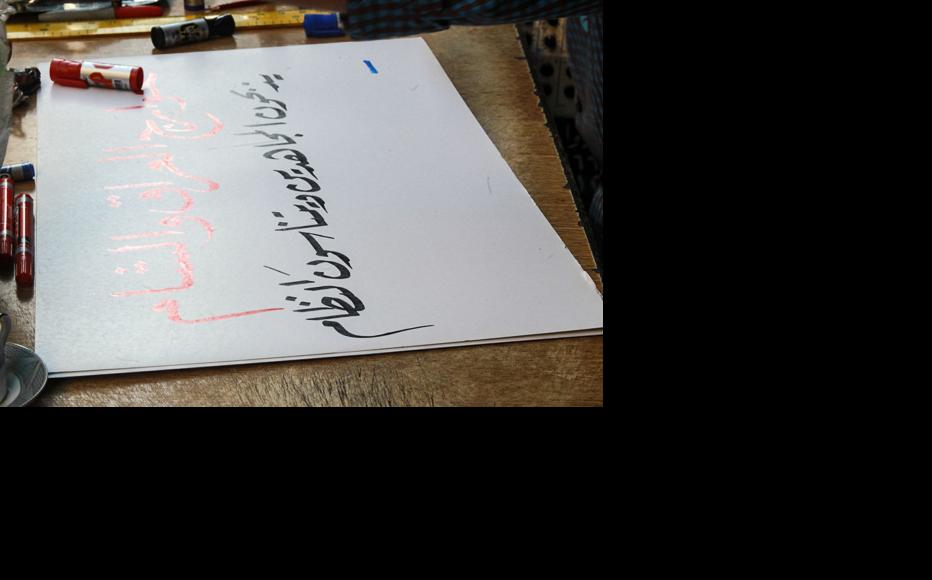 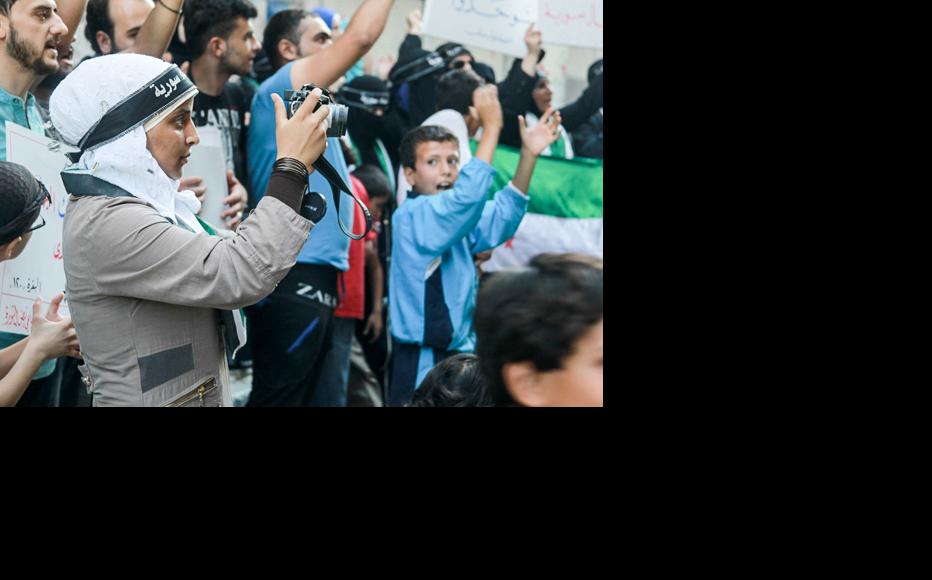 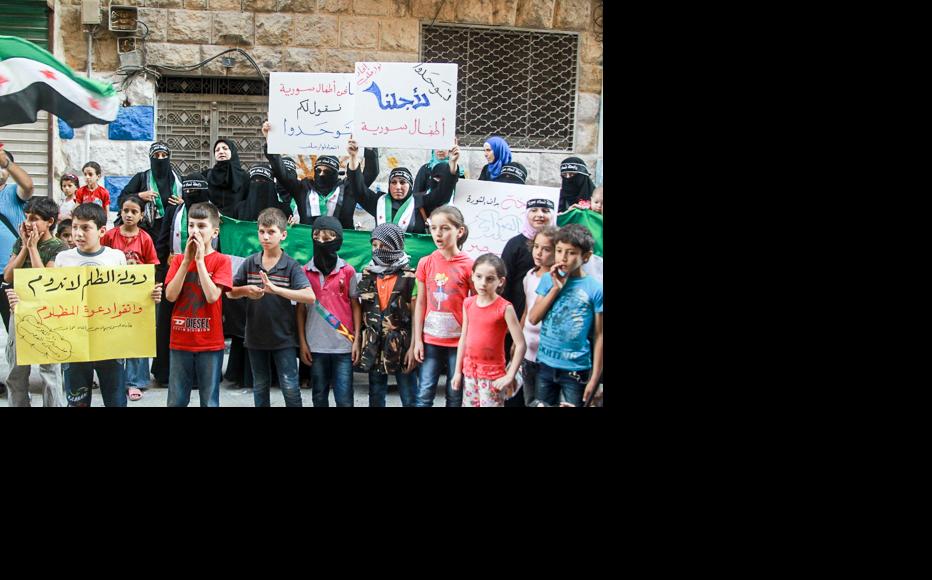 Members of the Syrian Women’s Association call for a united country – “Stand together for Syria’s children.” (Photo: Ammar Abdullah) 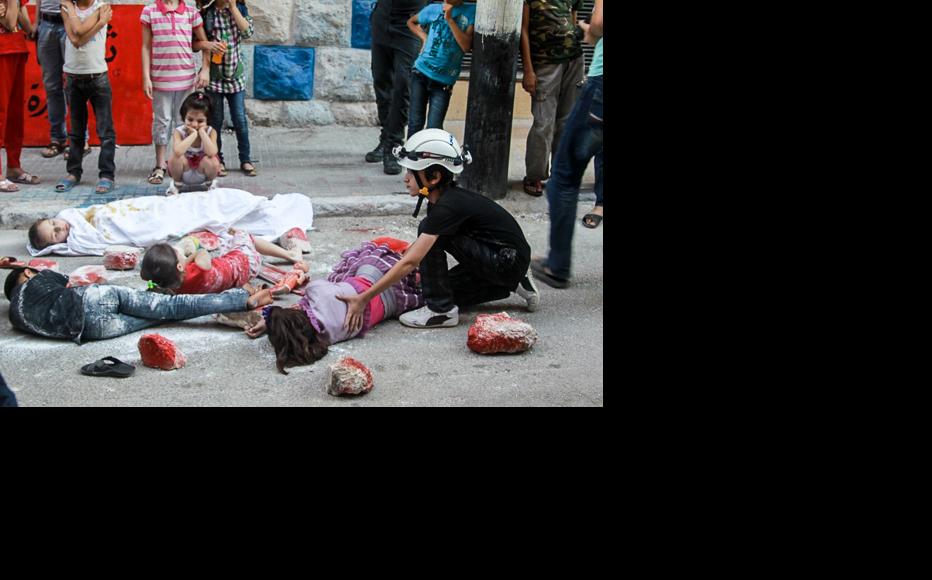 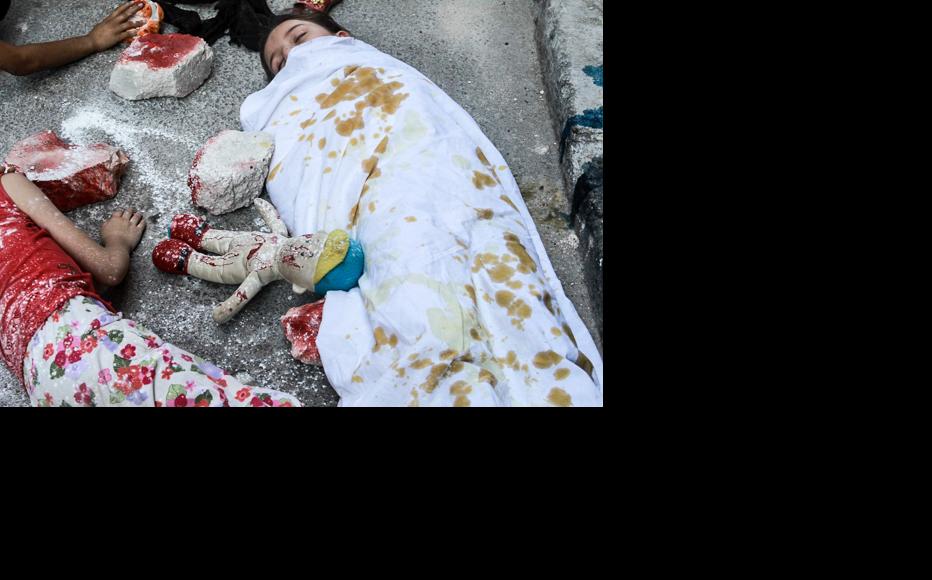 Children re-enact the aftermath of airstrikes that have pummelled Aleppo for the last eight months. (Photo: Ammar Abdullah)
The link has been copied

Opposition activists in Aleppo have launched a campaign to revive the peaceful protest movement against President Bashar al-Assad’s regime, a movement whose influence waned after the outbreak of civil war.

The campaign includes both street protests and a social media campaign whose title translates as “peaceful activism is the pulse of the revolution”. (Twitter hashtag in Arabic: #الحراك_السلمي_نبض_الثورة).

The social media campaign is also warning of the dangers posed by the Islamic State. There are fears that the group might launch a night-time bid to capture Aleppo as part of its strategy of winning territory in Syria and Iraq. Islamic State has been accused of kidnapping media activists from Aleppo in the past.

Numerous opposition groups in Aleppo are taking part in the campaign, which began on August 8, 2014. They include the Salah al-Din, Bustan al-Qasr, Kalasa and Old Aleppo City Revolutionary Councils, the Mashhad Neighbourhood Coordination Committee, and the civil defence rescue teams. The City Council of Free Aleppo, the Syrian Women’s Association and a number of independent activists have also joined it.

On the first day of the campaign, the Salah al-Din Revolutionary Council organised a silent demonstration. Participants held up banners in response to an article published in the American magazine Live Wire, calling Aleppo the world’s most dangerous city. The protesters wanted to send out a message that their city is alive and deserves their affection despite the dangers of living there.

In eastern Aleppo, a demonstrators took part in a march from the Salah al-Din neighbourhood through Mashhad and finishing in eastern Ansari. Student participations held up signs calling for a return to the values upheld at the outset of the 2011 revolution, and for the unification of the Free Syrian Army. Others denounced the shelling of Syrian refugee camps in the Lebanese town of Arsal, following clashes between Lebanon’s army and Syrian fighters who had come over the border.

This story was produced by the Damascus Bureau, IWPR’s news platform for Syrian journalists.