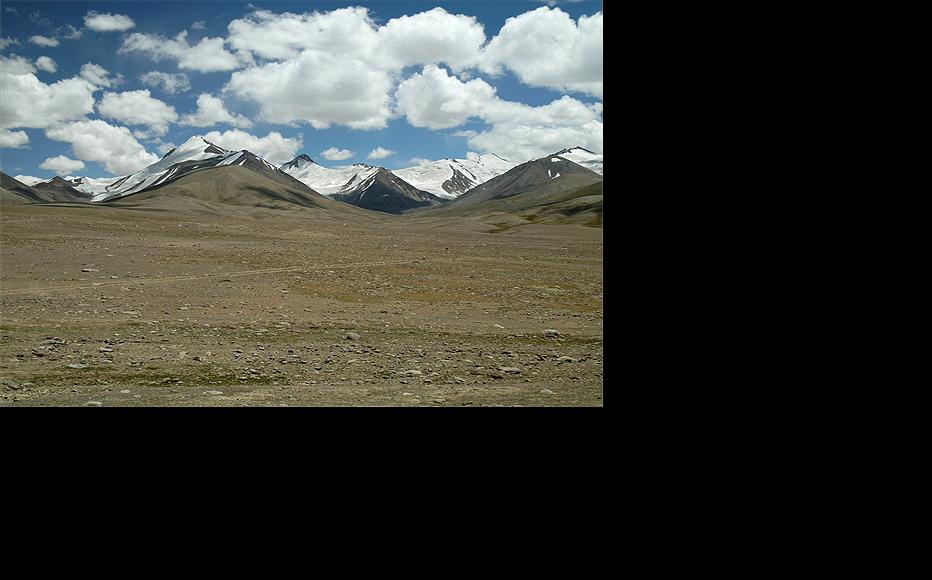 The land Tajikistan is handing over to China lies along the border in the remote Pamir plateau. (Photo: Dylan Winder/DFID)
The link has been copied

The government of Tajikistan has come under fire for agreeing to hand over a slice of territory to neighbouring China, but some independent commentators agree with officials who say it was the best possible deal in the circumstances, especially given the importance of maintaining good relations with Beijing.

Tajikistan’s parliament ratified a border demarcation agreement with China on January 12, in the process signing away 1,100 square kilometres of borderland in the remote south-eastern region of Badakhshan. Only two members, from the opposition Islamic Rebirth Party, IRP, voted against the bill.

Like Kazakstan and Kyrgyzstan, the newly-independent state of Tajikistan found itself heir to a territorial dispute that first Tsarist Russia and then the Soviet Union never resolved with China, concerning the precise line that the frontier should follow through largely inaccessible mountain zones.

Initially the Chinese stuck to their claim to 28,500 sq km of land – a fifth of Tajikistan’s territory. But the final agreement reached in 2002 gives China 1,100 sq km, just four per cent of what it had been asking for.

Analysts say it has taken Tajikistan over eight years to ratify the deal because of the technical complexity of marking out a boundary along 800 km of difficult mountain territory, a task that defeated Tsarist and Chinese officials in the 1880s.

Officials say ratification marks a definitive end to uncertainty over the long-running territorial question and consolidate the growing relationship with Beijing, already a major investor in Tajikistan’s cash-strapped economy. All that comes at the relatively painless price of losing some unproductive land along the remote frontier.

Addressing parliament on the day of the vote, Foreign Minister Hamrokhon Zarifi called the agreement “a major victory for Tajik diplomacy”.

Foreign ministry spokesman Davlat Nazri noted that China is now Tajikistan’s second biggest trading partner after Russia, and investment and government grants from Beijing are playing a significant role in creating new infrastructure such as roads, tunnels and power lines.

The leader of the Communist Party, Shodi Shabdolov, was among the majority who voted for ratification in parliament. He views it as a “major geopolitical victory”, because it will facilitate growing overland trade links with China – important for Tajikistan, a landlocked state with transit routes through sometimes difficult neighbours Uzbekistan and Afghanistan.

Sukhrob Sharipov, head of the Institute for Strategic Studies, which is attached to the Tajik president’s office, insisted the deal was advantageous for the country. Unlike the old Soviet Union, small Tajikistan was not in a position to shrug off Chinese pressure, so it was an achievement to reach an agreement in which Beijing retreated so far from its initial claim.

“I see it as a pragmatic solution,” Sharipov said. “Our country has secured the stability and inviolability of its borders for many decades to come.”

Like many analysts, Rashid Ghani Abdullo said it made sense to cede the frontier lands as they are uninhabited, unsuitable for commercial development, and located in a barren high-altitude plateau.

Critics of the move cite a constitutional provision that Tajikistan’s national territory is inviolable, and claim the deal betrays that principle.

IRP leader Kabiri said one of the reasons the constitutional issue was so important was that any breach could set a dangerous precedent. Tajikistan still has unresolved demarcation issues with Uzbekistan and Kyrgyzstan, with disputed pockets of land and unclear boundary sections.

“The most important thing is that we don’t provide an opening to other neighbours with whom we still have unsolved issues,” Kabiri said. “We must proceed on the basis that the borders we had since the Soviet period are definitive and cannot be subject to alteration.”

Overall, though, Kabiri admitted that it had been a difficult call for Tajik diplomats and had at least cleared up a nagging dispute, so people should now live with it.

Shams Gulmamadov of the Sipar lawyers’ association raised another constitutional matter – because Badakhshan has the status of “autonomous region”, the national authorities cannot redraw its boundaries without first winning approval from the provincial elected assembly.

In Badakhshan itself, there was some grumbling about the land deal, but no public protests, unlike 2008 when demonstrations in the main town Khorog were partly about plans to transfer some land to another Tajik region.

“Of course it’s clear to an outside observer that financial considerations came first. Tajikistan has borrowed a lot of money from China and now it’s time to pay up,” Khorog resident Oshur Imombekov said. “But I wonder what our grandchildren will say about it in a hundred years’ time?”

In the Tajik capital Dushanbe, a man who gave his name as Akbar complained about the lack of consultation.

“Why do the authorities appeal to people to express a view when they need it… but when they give our land away to others, they don’t ask us whether we agree?” he asked.

The views expressed in this article are not necessarily those of IWPR.
This article was produced jointly under two IWPR projects: Building Central Asian Human Rights Protection & Education Through the Media, funded by the European Commission; and the Human Rights Reporting, Confidence Building and Conflict Information Programme, funded by the Foreign Ministry of Norway.

China, Tajikistan
Diplomacy
Connect with us