The country’s biggest opposition force is being eliminated.

The country’s biggest opposition force is being eliminated. 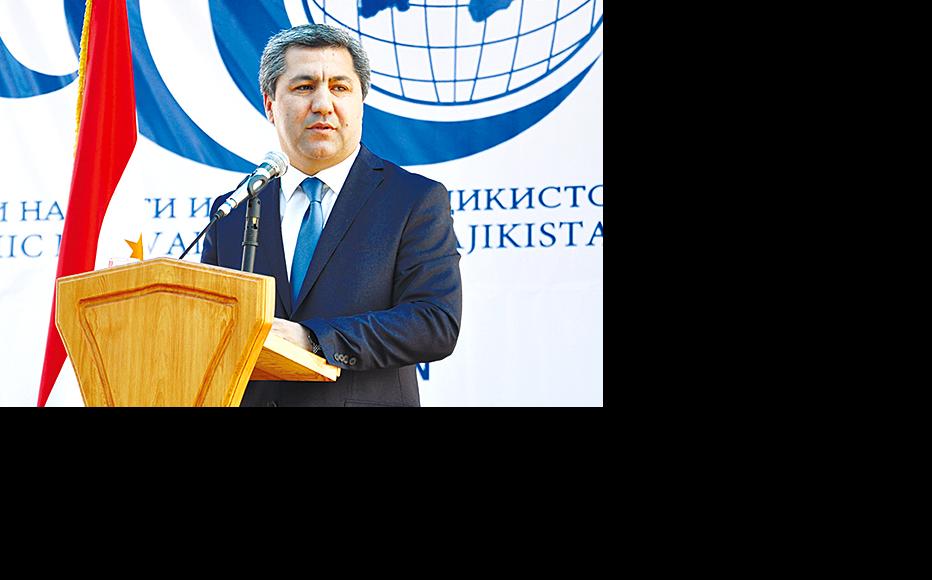 The arrest of 13 top members of Tajikistan’s major opposition party is the latest sign of the government’s determination to drive it out of existence.

Saidumar Husayni, deputy chairman of the Islamic Rebirth Party (IRP) was stopped at Dushanbe airport on the morning of September 16 and arrested. No reason has been given for his detention. Later that day, another deputy chairman, Mahmadali Hait, was arrested at his home, and a third, Vohidkhon Qosiddinov, was picked up the following day. Party spokesman Hikmatullo Sayfullozoda was among at  other senior figures arrested. The prosecution service said on September 17 that 13 people had been arrested so far.

IRP chairman Muhiddin Kabiri has remained outside Tajikistan since a parliamentary election in March, and colleagues have urged him not to return because of the risks.

The IRP has been the country’s leading opposition force since 1997, when it made peace with President Imomali Rahmon’s administration after five years of civil war. As part of the peace agreement, the IRP disarmed its rebel forces in exchange for political legitimacy and a share of government positions. In the years since, most of its members have been edged out of their posts, but it has continued to contest elections, and until recently, at least, had a healthy membership of 45,000.

In March this year, the IRP lost its two parliamentary seats in an election of questionable fairness. Both before and after the election, it was subjected to a concerted smear campaign. Many members were pressured to leave, and some of them made formulaic statements and videos recanting their allegiance.

A spokesperson for the governing People's Democratic Party, Usman Soleh, said the IRP was no longer relevant. “In fact, its activities have stopped,” he said.

On August 28, the Tajik justice ministry gave the IRP ten days to close down its operation. The justice ministry based its decision on the argument that the party broken various laws and that all 58 of its local branches had folded. The party’s national headquarters was ordered to close four days earlier, and many local branch offices had earlier been told to shut their doors.

Meeting on September 5, party leaders issued a statement saying the documentation on the closure of local IRP offices, presented to the justice ministry, was forged or extracted through intimidation and assault.

Although the IRP has steadfastly pursued a moderate line and never aligned itself with radical groups present in Tajikistan like Hizb ut-Tahrir, the authorities are now trying to link it to Islamic State, which has recruited a few hundred fighters from the country. (See Countering Extremism in Tajikistan for more on Islamic State.)  A recent official statement suggested that individuals suspected of hanging up a black Islamic State banner were IRP members.

The authorities have also alleged that Kabiri is connected to General Abduhalim Nazarzoda, a deputy defence minister whose supporters raided police and army buildings, stole weapons and ammunition, and retreated eastwards into the mountains, where they are surrounded in an ongoing operation by the security forces. (See Renegade General's Forces "Surrounded" in Tajikistan.) On September 17, he state news agency Khovar carried an article alleging that the IRP conspired with Nazarzoda in a coup plot.

Defence expert Parviz Rasulov believe the government is determined to stamp out the IRP at any cost.

“In my view, the IRP leadership will be accused of conspiracy and planning a coup, and closed down on those grounds. They are already being accused of engaging in illegal activities and recruiting young people for Islamic State,” he told IWPR. “The government is actually a bit frightened, and that’s why it is taking steps to ensure the party collapses.”

Oinihol Bobonazarova, a leading lawyer and human rights activist, is among those who believe that eliminating the IRP is wholly counterproductive.

“Closing the party will be bad for the government itself. If the IRP is free [to function], government representatives can attend its meetings and keep abreast of what the party wants and what it plans to do,” she said.

A political analyst who asked not to be named agreed, adding that “the IRP has been one of the guarantors of security in the country. It would be a mistake to argue that the IRP is irrelevant in this regard.”

Like Bobonazarova, the analyst said that the people who made up the IRP had a long history in opposition politics, and were unlikely to simply go away. Some might align themselves with political groups more openly hostile to the current government, and others might reshape the party into an emigre opposition.

Speaking before he was arrested, Sayfullozoda said party leaders had no plans to start operating as a clandestine organisation.

“Although we are being closed down as a political party, I have every right to hold to my own views, as a citizen of this country,” he said.

The IRP had been planning to hold a party congress on September 15 – many believe the government acted to preempt that. The party has postponed the event because of ongoing events, including the ongoing security operation to neutralise General Nazarzoda’s group.