Unlike elsewhere in the world, the authorities have not imposed a quarantine or restricted public events.

Unlike elsewhere in the world, the authorities have not imposed a quarantine or restricted public events. 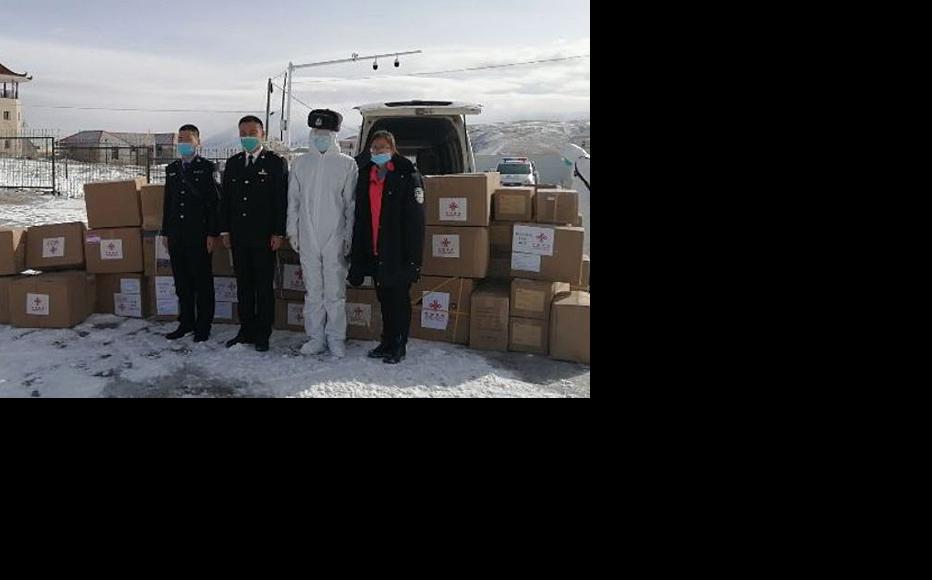 Tajikistan received humanitarian aid from China. (Photo: khovar.tj)
The link has been copied

Dushanbe continues to maintain that there are no cases of coronavirus infection in Tajikistan, despite the virus having already spread to neighbouring Central Asian republics.

Unlike elsewhere in the world, the authorities have not imposed a quarantine, schools and universities remain open and there are no restrictions on public events or celebrations.

The authorities’ stance has been criticised both domestically and abroad, especially considering that until recently Tajikistan received some 20 flights with around 6,500 passengers daily. About 30 border checkpoints functioned, with hundreds passing through them unchecked. Although collective prayers were suspended for a while, mosques have now opened again.

One event in a stadium in the city of Khujand attracted 12,000 people and was addressed by President Emomali Rahmon himself, who made clear that there was no reason for public panic.

“Keeping homes clean and observing sanitary standards is one of the finest qualities of our people. And especially in situations when all kinds of infectious diseases are spreading fast,” he said. “Our health is, first and foremost, in our own hands.”

Now, however, despite the fact that the Tajik authorities maintain no cases of coronavirus infection have been detected within the country, all international flights have been cancelled and restrictions imposed on those returning from abroad.

Initially, only those people arriving in Tajikistan from China, Iran, South Korea, Japan or Italy were quarantined, although this has now been extended to all arrivals.

According to the ministry of health of Tajikistan, between early February to late March, 5,500 people were in quarantine, of which 2,000 have since been discharged.

“Up until now, 2,000 people who returned from abroad were tested for coronavirus, and all tests were negative,” she said. “Tests are examined not only in Tajikistan, but also sent to foreign medical laboratories in London and Novosibirsk [in Russia]. In addition, a representative office of the World Health Organisation operates in Tajikistan and monitors the processes.”

The government has nonetheless been criticised for its lack of transparency in dealing with the emergency.

Prime Minister Kokhir Rasulzoda is in charge of coordinating the work of the permanent headquarters for countering the spread of the virus, a body which includes the heads of the country’s main government agencies, the prosecutor general and the secretary general of the security council.

The headquarters meets twice a day, but the details of issues discussed there have not been disclosed to the media.

There are rumours that a quarantine will shortly be imposed, and although the ministry of health has not officially confirmed this, their press service reported that measures needed in the event of a state of emergency were discussed at a March 28 meeting.

Tajikistan is one of the poorest countries of the former Soviet Union, and Abror Asoev, a Tajik doctor with over 20 years experience in the national healthcare system, warned that it did not have the capacity to deal with a full-blown epidemic.

He noted an insufficient number of hospital beds, respiratory devices and medicines as well as experienced doctors.

“If only one or two hundred cases are detected, there are likely to be no serious consequences for Tajikistan,” he said. “However, if coronavirus spreads throughout Tajikistan, it is hard to imagine to what consequences it will lead to. The ratio of hospitals to population of the country is too low. We are having difficulties placing 5-6,000 people in quarantine. Imagine what can happen if the number of sick patients reaches this figure.”

The government, however, claims that it is well prepared to combat any outbreak of coronavirus. The ministry of health announced that they had evacuated all patients from Dushanbe’s large Istiqlol hospital and equipped it for the admission of patients with Covid-19.

The authorities have also developed a programme of measures to be introduced in the event of coronavirus infections being detected, and have requested assistance from international institutions including the World Bank. The details of this programme have not been disclosed, but the government has said that millions of dollars will be needed to implement it.

Although the government continue to insist that they have no cases of coronavirus, the pandemic has already had an impact on Tajikistan’s economy, heavily reliant on the remittances of labour migrants in Russia and Kazakstan. The annual volume of remittances is approximately three billion US dollars, 35 per cent of the country’s GDP.

More than a million people planning to travel outside the country for work have had to abandon their plans and the country’s somoni currency continues to be devalued as the price of basic goods increase.

Coronavirus Pandemic, Giving Voice, Driving Change - from the Borderland to the Steppes
Tajikistan
Crisis, Regime, Coronavirus
Connect with us